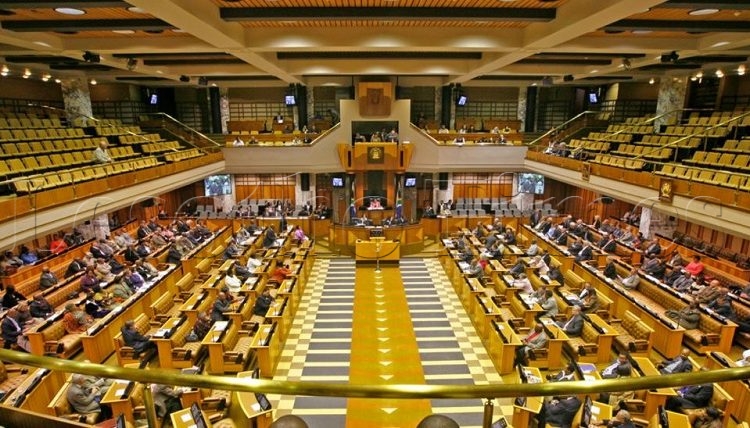 PARLIAMENTARIANS in Southern Africa and civil society are pushing the International Monetary Fund (IMF) to issue US$3 trillion in new Special Drawing Rights (SDRs) so that countries can better cope with Covid-19 and return to a sound economic footing.

In addition, the lobby seeks a debt restructuring agreement for Africa, which will ultimately lead to full debt cancellation.

This came out of a webinar jointly organised by the SADC Parliamentary Forum and the African Forum and Network on Debt and Development on March 15. The engagement was themed “IMF Special Drawing Rights, a Sustainable Option for Financing the Fight Against Covid-19 and Economic Recovery in Africa”.

Participants resolved that any debt relief initiative should include both private creditors and multilateral financial institutions, should holistically tackle structural biases in global financial architecture, and should eventually lead to debt cancellation.

A document issued after the meeting read, in part, “We are calling on SADC member countries to support a new allocation of IMF Special Drawing Rights (SDRs) in the amount of US$3 trillion. We believe that an allocation of this size is required to address the real needs in a decisive and sustainable way.”

SDRs are a costless IMF instrument issued to members of the institution to liquidate into hard currency or store as a reserve at their discretion. They are allocated according to a country’s financial contribution to the IMF, meaning that rich countries benefit more from the instruments than developing ones.

There have been indications that the IMF could soon issue SDRs worth between US$500 billion and US$1 trillion, but the SADC PF and AFRODAD say the figure is too low to make a meaningful impact in developing countries, hence the US$3 trillion lobby.

Opening the webinar, SADC PF Ms Boemo emphasised that on February 5, 2021, African finance ministers had unanimously called on the IMF to issue SDRs; while also lobbying for an extension of the G20 Debt Service Suspension Initiative.

At its 48th Plenary Assembly Session in 2020, the SADC PF adopted a motion that exhorted the region to support initiatives that would result in total cancellation of Africa’s foreign debt.

AFRODAD senior policy officer Mr Tirivangani Mutazu said the average public debt in SADC had increased from 39, 2 percent of GDP in 2011 to 55 percent in 2019. And it was still rising.

“The pace of public debt accumulation has been higher for Angola, Mozambique, Zambia, Swaziland, Namibia and South Africa, where it has exceeded the regional average of 30 percent of GDP.

“In the likely event of SDR issuance, parliaments will have to play an important role in the usage, transparency and accountability of the funds. SDRs come with no IMF conditionalities attached. It is money that goes directly to country treasuries and national budgets.”

AFRODAD executive director Mr Jason Braganza contextualised matters by pointing out that legislators and civil society had to explore how best to use available “instruments and policy processes to secure some form of extended debt relief, debt restructuring and ultimately debt cancellation given the manner in which some of these debts have been accrued, but also in terms of how some of our creditors have behaved in lending to some of our governments in ways that are not in keeping with high levels of transparency, governance and accountability”.

“So, as we consider advocating for the issuance of drawing rights, we must also be very keen and active in advocating for equitable allocation given the special circumstances under which we are seeking this issuance of new Special Drawing Rights,” he added.

LeFA must self-introspect and do right by Likuena