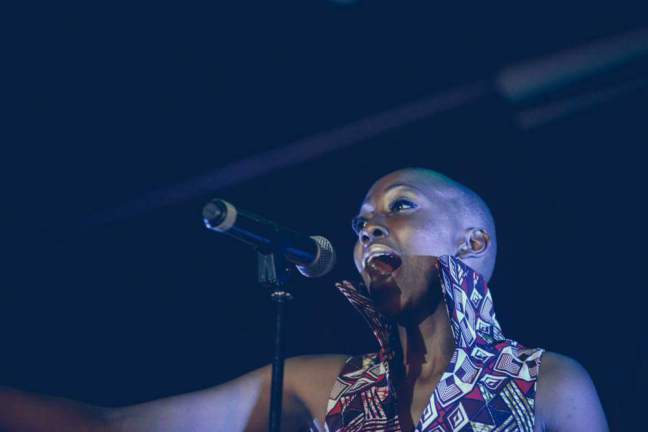 LESOTHO-BORN songstress Leomile Motsetsela will next week begin a tour of tertiary institutions in Botswana, South Africa and Lesotho alongside guitarist and composer Zelizwe Mthembu.

Leomile who was born in Lower Thetsane and currently resides in Johannesburg, South Africa, will kick-start her tour with a date at Botswana’s AFDA College in Gaborone on 18 May before moving to University of Limpopo in Polokwane, South Africa, the following day.

Her homecoming will begin at Limkokwing University of Creative Technology on 25 May and then move to the National University of Lesotho the following day before the final stop at Machabeng College on 9 June.

Greatly influenced by African sounds, her music is infused with lyrics that address important issues of identity and womanhood. Her treatment of these vital and often buried aspects of African life is honest yet ultimately charged with idealism and hope. The sphere of Afro fusion (with heavy influences of soul and jazz) is where Leomile’s music mainly resides.

Meanwhile Zelizwe Mthembu is a guitarist, songwriter who underwent musical training at the Music Academy of Gauteng in South Africa and at the Moses Molelekwa Arts Foundation.

He has been a key contributor to the writing and performing of proudly African music as the chief composer and lead guitarist for bands The Brother Moves On, Zuko Collective, Brown Baby Music, The Leomile Project and his solo work as Yusuf Makongela.

According to a statement released last week, the duo have been working together since 2014. They decided to tour together in order to introduce their distinctive sound to their peers in the region

“This Lesotho-South African collaboration started in 2014 when Mthembu lent his skills to Leomile for her graduation recital and thereafter became a permanent fixture in the singer-songwriter’s band assisting with arrangements, composing and guitar playing,” part of the statement reads.

“Passionate about the music they play together, the duo have decided to tour regionally with their six-piece live band and connect with their peers and core market by touring universities and colleges in Lesotho, South Africa and Botswana.”

In the same statement, Leomile said: “Live music was a common feature on the entertainment bill not so long ago”.

“Whether at the local pub in the township or as part of the weekend entertainment at the National University of Lesotho, the people listened. Fast forward to 2017 and a different story prevails. In Maseru it seems to be a dying art breathing its last through festivals wide and far apart with not much production of a new breed of instrumentalists to carry the baton into a new phase.

“Therefore we are very excited to be touring our project so be sure to catch what I guarantee will be a sacred gathering.”

Her manager Ntṧiuoa Motsetsela said the tour would make up for the disappointment of their failure to tour the release of Pula Molomo.

“The plan was to have a tour soon after the album was released last year but then due to financial strain we only managed to have the launch in Lesotho followed by a couple of performances in South Africa,” Motsetsela said.

“The tour will not only focus on the album but the sound of Leomile in general which will include songs which were not part of the Pula Molomo offering.

“We are on a mission of disseminating the information carried in Leomile’s music and promoting her as an artiste so we are very much grateful for Concerts SA funding because this tour would not have been possible without them,” she said.