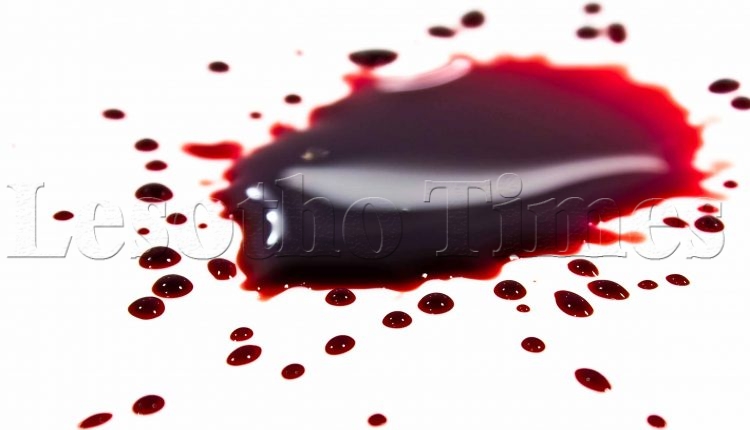 RELATIVES of a slain Ha-Mabote woman have petitioned the High Court to stop her murder-accused husband from burying her or benefitting from her estate.

They also want the court to declare him unfit to raise the couple’s two minor children.

The 35-year-old Qamo Matela made headlines a fortnight ago after being accused of murdering his wife, ‘Mahlompho Matela (nee Rethabile Mofolo). It has been alleged that he beat her to death in anger after she allegedly failed to give his mother M20 she had requested from her.

Ms Matela was initially ferried to Maseru Private Hospital before being transferred to Pelonomi Hospital where she died on 11 September 2021.

Qamo was later arrested and charged with murder. He was granted M1000 bail on 21 September 2021 by Judge Tšeliso Monapathi. His bail conditions are that he attends remands, hands over his passport to the High Court, stands trial to finality and does not interfere with crown witnesses.

Ms Matela’s sister, Makoetle Mofolo Ntšihlele, has now teamed up with the deceased’s uncle Lebohang Mofolo, paternal grandmother ‘Malebohang Mofolo and her cousin Karabo Mofolo to petition the High Court to declare that they, not Qamo, should be allowed to bury her.

The applicants allege that Qamo had previously assaulted his wife on numerous occasions before she met her tragic end. Therefore, he did not deserve to bury her or benefit from the monies which she left behind, they argue.

The Mofolo family asks the court to order that “the first respondent (Qamo) be declared unfit to bury the corpse of his late wife, Mahlompho Matela, or to benefit from proceeds accruing out of her part of the joint estate.

“That (the deceased’s employer) Vodacom Lesotho be allowed and authorised to release or facilitate the release of the funds for the burial of the Mahlompho Matela to the applicants.”

The applicants also want Qamo to be declared unfit to have custody of the couple’s two minor children. They want the Master of the High Court to be ordered to administer Ms Matela’s estate on behalf of the children.

They even want the police to be ordered to attend the burial to “maintain order and exercise such other powers they have according to the law”.

In her founding affidavit, Ms Ntšihlele portrays Qamo as a heartless man. She alleges that her sister “was killed for failing to give her mother-in-law (‘Mamatela) M20 and for some other premediated reasons that are known only to the first respondent”.

She alleges that the couple’s neighbour, Matšeliso Bulane Manaleli, said she had visited the now deceased Ms Matela on 5 September 2021 and found her with a “blue eye”.

The late Ms Matela is said to have told her neighbour that she was assaulted by Qamo “because she did not give her mother-in-law M20”. The deceased had also said she had been assaulted on several occasions since 2013.

However, Qamo denies the allegations in his answering affidavit.

He insists that his wife died from natural causes and at no time did he ever lay hands on her.

“I never at any time assaulted my late wife even at the time when we stayed at my parent’s flat. My late wife was never held hostage but she had been working from home due to the regulations at her workplace in light of the Covid-19 pandemic,” Mr Matela states in his court papers.

“I did not kill or premeditate to kill my wife for any reason whatsoever. I aver that my wife died from natural causes.

“I have no knowledge of my late wife’s refusal to give my mother M20. I however wish to state that my late wife had a smooth and happy relationship with my mother and would never refuse to give my mother such a small amount of money. This issue of M20 comes from social media allegedly from hacked and distorted WhatsApp messages.”

He says he has always been a loving and caring husband and not the callous man he is made out to be by his in-laws.

“I am not and never was a control freak. Neither am I an unemotional person without a conscience as the first applicant alleges. I am a loving, passionate person of high integrity and moral standards.

“As a husband to the late ‘Mahlompho Mofolo Matela, it was my duty and obligation to ensure her wellbeing and safety. I never denied my wife from attending her work functions and any other meet-ups with other ladies (sic).

“I was never violent towards my wife or anyone. I am by nature a very reserved and quiet person.

“I am the rightful person to bury and administer the estate that belongs to me and my late wife by virtue of being lawfully married to the late ‘Mahlompho Mofolo Matela. I aver that I did not kill my late wife, she died from natural causes as according to the doctor’s report. As a result, I am entitled to my right of burial and to administer our joint estate,” Qamo argues.

The basis for his claims that his wife died from natural causes is a 12 September 2021 Bloemfontein medical report by one Dr M.E. Mosese.

However, the report does not categorically state that she died of natural causes. Rather, it states that she had a bruise on the eye and that she died after collapsing while at Pelonomi Hospital.

“The history as given on the referral letter and confirmed by the patient is that she was assaulted by her husband on 1 September 2021 with fists and throttled,” the report states.

“Subsequently, she had been weak and felt dizzy. She fainted three times and vomited several times. She also complained about pain in her upper chest on the left. She had no past history of fainting or convulsing.

“A physical examination revealed no external injuries but for bruising around the left eye. Her chest, abdomen and limbs were normal. Her blood tests were essentially normal but there were raised liver enzymes. In the early hours of 11 September, she collapsed and died despite efforts of resuscitation by nursing staff and the hospital doctor on duty,” the report states.

However, another post mortem by a local doctor on 18 September 2021 states that Ms Matela had several bruises and had suffered from internal bleeding.

The autopsy was done by one Dr L.F. Phakoana on behalf of the police at Lesotho Funeral Service.

“The deceased is reported to have been assaulted, admitted in hospital and later died,” Dr Phakoana states in his report.

A family’s tears for dead son