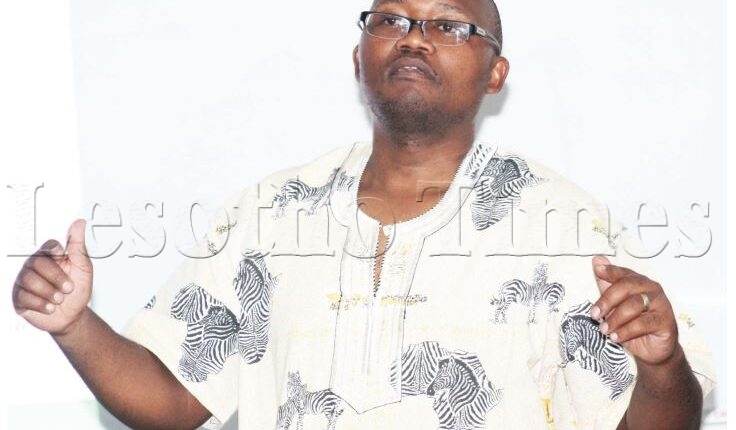 OVER the past two weeks, the country waited with bated breath to see what the major political parties would come up with. This after a faction of the ruling All Basotho Convention (ABC) proposed a meeting of all parties represented in parliament to discuss a government of national unity (GNU).

The GNU, which was proposed by former premier Thomas Thabane’s faction of the ABC, was aimed at ousting Prime Minister Moeketsi Majoro after the latter refused to resign in line with a 2 December 2021 resolution of the ABC’s national executive committee (NEC) to recall him.

In the end, the GNU meeting was aborted with key Thabane ally and ABC spokesperson, Montoeli Masoetsa, claiming it was not even their idea to begin with. But it seems Mr Masoetsa was being economical with the truth. The reality appears to be that the Thabane faction realised that there were no takers for their GNU brainchild and they stood to be embarrassed if they had gone ahead with the meeting. Even before the meeting, key political parties like the Democratic Congress (DC) and Basotho Action Party (BAP), who have a combined 37 National Assembly seats, had already rejected what they saw as a ruse by the Thabane faction to help it win its factional wars at the expense of the national interest. Given that other political parties have been cagey about the idea of a GNU and that some ABC MPs, especially those already serving in Dr Majoro’s cabinet, were unlikely to support his overthrow for fear of losing their ministerial jobs, it would have been near impossible to win support for the GNU idea even if the Thabane faction had convened the meeting.

Unsurprisingly, the Thabane faction decided to abandon the GNU idea and they have now decided to hold a special conference next month to try and get rid of Dr Majoro. (See story on Page 2).

Even if that meeting goes ahead, Dr Majoro’s fate would have to be decided in parliament where, unless something drastic happens, the premier commands the numbers to cling on.

The BAP and DC were not alone in opposing the GNU. Analysts who spoke to the Lesotho Times this week, were unanimous in rejecting the idea on the grounds that it was a selfish ploy by the Thabane faction to involve other parties in resolving its self-inflicted leadership crisis and infighting ahead of next year’s elections.

Alexander Hudson, a Sweden-based Democracy Assessment Specialist, says GNUs are usually employed in contexts where either a national election has produced an unclear or disputed result, or it is not yet possible to hold an election for some reason.

Zimbabwean political science scholars, Tasara Muguti, Baxter Tavuyanago and James Hlongwana, said a GNU “is born out of circumstances in which the legitimacy of a party in office is severely weakened and the party is incapacitated to govern the country alone.

“This then makes it imperative for such a party to seek legitimacy by forming a governance alliance with partners in opposition.”

Generally, GNUs have been formed when there are disputed elections or when a country is emerging from a violent upheaval as was the case in South Africa in 1994. At that point, Lesotho’s only neighbour was emerging from decades of apartheid rule. There was also endemic black-on-black violence pitting African National Congress (ANC) and Inkatha Freedom Party (IFP) supporters against each other. To manage the transition, it was decided that all parties winning more than five percent of electoral votes in elections that year should be included in a GNU to steer the country forward.

Similarly in 2007, Kenya had a GNU which included rivals Mwai Kibaki as President and Odinga Odinga as prime minister. This after a disputed election which claimed thousands of lives. Zimbabwe had a similar GNU arrangement from 2009 to 2013 which included the late long-serving President Robert Mugabe and his nemesis, Morgan Tsvangirai, of the Movement for Democratic Change (MDC).   Mr Mugabe had lost the first round of the presidential election, before he unleashed unprecedented violence which left tens of thousands of MDC supporters dead, injured or displaced. Then South African president Thabo Mbeki, who was SADC’s emissary in the Zimbabwe crisis, orchestrated a GNU to resolve the impasse created by Mr Mugabe’s legitimacy.

As observed by constitutional law expert, Hoolo ‘Nyane, none of these conditions which warranted GNUs in fellow African countries apply to Lesotho at this juncture. Therefore, there is no justification for a GNU, says Professor ‘Nyane who is also Head of the Public and Environmental Law department, at the University of Limpopo.

By the ABC’s own admission to SADC leaders in 2018, Lesotho did not need a GNU because it had a constitutionally elected government after the June 2017 elections which had been declared free and fair by local and international observers and accepted as such by both winners and losers. This after the then opposition, which included Deputy Prime Minister Mathibeli Mokhothu’s Democratic Congress (DC), had demanded a GNU as one of the conditions for their participation in the multi-sector reforms process.

In rejecting the GNU, the ABC-led government wrote to SADC leaders, saying a GNU was out of the question because a lawful government was already in place.

“We cannot discuss a government of national unity because we held elections in June last year (2017) to deal with a situation that had arisen after parliament passed a vote of no confidence in the-then government.

“The elections were declared free and fair and no one is contesting the results. Our understanding is that the current situation requires certain sustainable actions that should not drag us back to lengthy discussions of forming a government of national unity which is not necessary because there is no problem with the sitting government,” the then Thabane administration said to SADC leaders in 2018.

But in an about turn, Mr Thabane and his allies now want the very GNU they refused to entertain when he was prime minister.

Prof ‘Nyane said the “newly found quest for a GNU by the ABC is clearly a manifestation of frustration from its executive committee after its decision to recall prime minister Majoro failed to materialise”.

“The NEC is trying another antic to push Dr Majoro out of power. Otherwise, they know that neither the law nor the circumstances allow for such a call. If Dr Majoro does not cooperate with their decision to recall him, they know that they have to use a majority in the National Assembly to withdraw their confidence from the Prime Minister. The ABC NEC realises that Dr Majoro is not going to resign, and their prospects of staging a successful motion of no confidence are extremely slim. Hence, they are creating an artificial ‘crisis’ that they think will be acceptable to other political parties as a justification for their call for the GNU.

“This is political opportunism because they know that there are political parties that have, in the past, peddled the idea of the GNU like the Lesotho Congress for Democracy (LCD) and the Alliance of Democrats (AD). So, the ABC desperately hopes to court these ‘GNU parties’ into their veiled bid to oust Dr Majoro. At the present moment, there is no crisis that the ABC alleges exists, which can justify the call for the GNU,” Prof ‘Nyane said.

“It was flawed in many ways. One of the flaws was that it was proposed by ABC NEC members who are outside parliament. It was also flawed because it was proposed by members of a party that is already leading the government. We are talking about the ABC secretary general (Lebohang Hlaele) and a few people in Thabane’s circle who are known to wield influence. Considering that Thabane’s judgement may be poor due to age, some of the people around him are milking the situation to the fullest.

“The GNU idea is self-serving and only intended to topple a sitting prime minister. The internal strife of the ABC is the key catalyst for the Thabane faction’s demands and the public must not be duped into believing that the GNU was proposed with good intentions. It is nothing but hogwash. What everybody is now aware of is the joke that the ABC has become,” Dr Mahao said.

Rather than be swayed by the ABC, the nation should instead start preparing for next year’s elections which will usher in a democratically-elected government, not the elitist GNU, Dr Mahao said.

Fellow NUL lecturer and analyst, Mamotsamai Ranneileng, also rejected the GNU, saying it would not benefit the nation.

“The GNU is not going to benefit Basotho; the ABC NEC only wants to use it to get rid of Dr Majoro. The NEC’s intentions are not pure. It is only looking after its own interests. Its members now want to get into government to get a piece of the cake before the elections. They are now talking about a GNU because they have no hope of winning the elections. They have torn their own party apart through endless power struggles and they are now using childish tricks to get other parties to help them to deal with their own mess,” Dr Ranneileng said.

Prof ‘Nyane noted that by their nature, GNUs are elitist arrangements by politicians and hardly ever serve any nation in which they are constituted. They are usually negotiated without the input of the ordinary people and thus take away their constitutionally enshrined right to vote for governments of their choice.

For this reason, GNUs must be avoided and only be a last resort, Prof ‘Nyane said.

“In any event, Lesotho will soon be entering the election period in terms of the constitution. That (election) should be the major pre-occupation of all political parties; not the imaginary crises that the ABC says exists.

“The voter in Lesotho is already expecting an opportunity provided by the constitution to vote for a new government, not some elitist arrangement by political parties to enter into power without a mandate from the voter,” Prof Nyane said.

When all is said and done, Lesotho does not need a GNU. Now that the ABC’s factional plan has suffered a still-birth, the party must go back to the drawing board and come up with strategies to resolve its internal contradictions without encumbering the nation in its endless rifts, the analysts said.