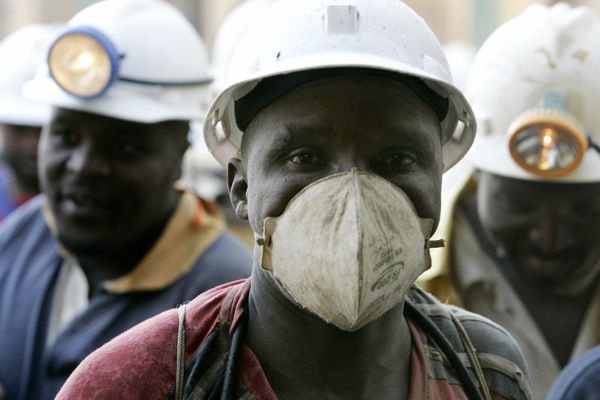 About eighty eight former Basotho mine-workers are set to receive compensation worth M8.6 million from Q(h)ubeka Trust of South Africa  for health complications suffered while working in that country’s mines, the Lesotho Times has learnt.

Qhubeka Trust was founded in March 2016 on the back of a lengthy compensation battle by attorneys representing ex-mineworkers who have contracted silicosis while working for various mines owned by Anglo American and AngloGold Ashanti Limited.

The trust was established with the specific purpose of distributing the M395 million settlement which Anglo American and AngloGold Ashanti Limited agreed to pay to claimants in March 2016 as compensation to ex-miners who contracted silicosis working for the two companies in South Africa.

The trust’s chairperson, Sophia Kisting-Cairncross, said Qhubeka “recognises and honours the thousands of claimants who have struggled for decades with the debilitating effects of Silicosis, but have never received any form of compensation from the mining companies responsible for their illness”.

The 88 are the first batch out of 1 154 miners who submitted their claims for compensation for occupational diseases contracted while working at mines owned by the conglomerate AngloGold Ashanti Limited.

All in all the trust has a total of 4365 claimants from various parts of South Africa, Lesotho and Swaziland.

A press statement issued this week by the Mineworkers Development Agency (MDA), states that the 88 are miners “who may be suffering from occupational lung disease- silicosis, as a direct result of the failure of the mines to ensure adequate protection measures against the disease for their mine workers”.

“To date approximately 35 percent of the claimants in Lesotho have been tested, and have been deemed to be suffering from the disease, thereby qualifying them for the claim payouts.”

The multi-million maloti payout is the outcome of negotiations for a settlement between the miners’ legal representatives and their former employers.

“Now that the attorneys representing these miners have successfully negotiated a settlement, the Trust has partnered with the Mineworkers Development Agency (MDA) in Lesotho to facilitate the provision of compensation to all Q(h)ubeka Trust qualifying claimants.

“The process of assessing the eligibility of claimants is a lengthy one and begins with a comprehensive medical evaluation aimed at establishing that each claimant suffers from silicosis,” the statements reads.

Silicosis is a progressive and incurable lung problem ailment caused by long-term inhalation of silica dust in the mines.

Q(h)ubeka Trust has since partnered with local health service providers to provide medical tests to miners.

After the tests, the results are sent to a panel of qualified medical specialists who make a final decision as to whether or not those tested have contracted silicosis.

Dr Kisting-Cairncross said although the trust had made progress in assisting ex-miners, there were still a lot of challenges that needed to be overcome in order to deliver on the Trust’s mandate within the given time frame which has been set at April 2019, for the completion of the medical assessments and the first tranche of compensation payments.

One of the major challenges is that of tracing the claimants whose contact details have changed since the settlement lawsuit was first initiated.

The other challenge is that of proving that the miner worked for the mine for the minimum two years to be eligible for compensation.

“To qualify for compensation claimants must be able to show proof of at least two years of service in AngloGold mines. However employment record keeping by the mines has generally been found to be very poor,” Dr Kisting-Cairncross said.

She said while no amount of money could restore the claimants to good health or return the deceased claimants to their loved ones, “The settlement payments represent a measure of the compensation that these claimants and their families deserve for the suffering they have endured as a result of this debilitating disease”.

To date, 2350 of the 4365 claimants have undergone medical assessments but less than half of these have been determined to be suffering from Silicosis.

As of 30 November 2017 a total of R102m had been awarded to claimants from different countries.

In terms of the Trust Deed which sets out the claims criteria the Trust has until April 2019 to complete the medical assessments of all claimants, and make the first tranche of compensation payments to qualifying claimants.

After this, the Trust will make a second tranche of payments where the remaining settlement funds that were not paid out in the first tranche will be distributed to the qualifying claimants as well as the family members of qualifying deceased claimants.