We will set up governance school in honour of Mokhehle: Mokhothu 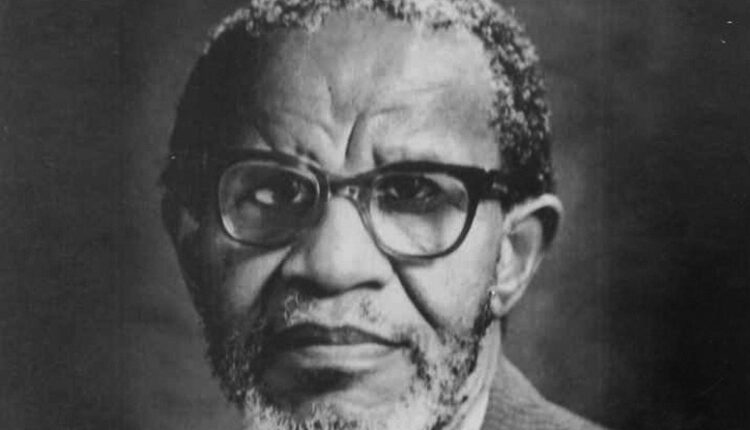 DEMOCRATIC Congress (DC) leader Mathibeli Mokhothu says if he wins power, one of his first tasks would be to set up a school of governance in honour of the founder of the congress movement in Lesotho, Ntsu Mokhehle.

Addressing over 3000 supporters who braved the freezing Teyateyaneng weather to hear him speak early this week, Mr Mokhothu said the institution would be called the Mokhehle School of Governance.

“The school will teach students about governance and peace. It will serve as a token of appreciation to the people of Berea who gave birth to this hero,” Mr Mokhothu said of the late Dr Mokhehle who led the Basotho Congress Party (BCP) and later the Lesotho Congress for Democracy (LCD).

Dr Mokhehle also served as prime minister from April 1993 to May 1998.

Mr Mokhothu’s DC was formed in 2012 by former premier, Pakalitha Mosisili, as a splinter party from the LCD which had also broken away from the BCP.

The DC leader expressed confidence that his party would secure an outright victory in the 7 October 2022 elections.

“I have no doubt about that. I am certain that we are going to win the elections and become government. That is why it is important that you all know what the DC’s policies are. A DC government will work hard to improve the welfare of all the people, not just DC supporters.

“We’ll be a people’s government, a government that will work hard to fulfill every Mosotho’s interests, whether they are domestic workers, herd boys, working in the private sector or civil service,” he said.

Mr Mokhothu said they would also boost the agricultural sector by setting up a factory to manufacture seeds and fertiliser.

“We are going to make sure that within our first year in office, we invite an investor to come and produce seeds and fertiliser. This will create employment and encourage our farmers to boost their production. But we expect such an investor to partner with local businesses so that they can learn from him.”

He said his government would subsidise seeds and fertiliser by 50 percent.

“We want farming implements to be easily accessible. People don’t have to queue or pay bribes to get fertiliser when it is in short supply like we’re seeing now. We should buy seeds produced in our country. The government will also benefit by collecting tax on the sale of seeds and fertiliser,” Mr Mokhothu said.

A DC government would work to improve food security in the country by training farmers so that they venture into commercial agriculture.

A 30 June 2022 report by the Famine Early Warning Systems Network (FEWS NET) says the food situation in Lesotho is now in the “stressed” category due to the below average harvests recorded in the 2021/22 farming season.

However, the situation will deteriorate in the coming months and even reach “crisis” levels before year-end as food stocks deplete and most households become dependent on market purchases, the network warned.  FEWS NET is a leading provider of early warning and analysis on food insecurity. Created by the United States Agency for International Development (USAID) in 1985 to help decision-makers plan for humanitarian crises, FEWS NET provides reports on the food situation in 28 countries including Lesotho.

The organisation says the 2021/22 grain harvests were below average. This was mainly as a result of flooding in some parts of the country which caused some farmers not to plant at all or destroyed some of the planted crops.

Mr Mokhothu said that ensuring food security would be one of his government’s top priorities.

“I get annoyed every time I get to the border and see lorries full of cabbages from South Africa. It hurts even more knowing that Basotho are the ones who work on South African fields to produce them. We should be able to grow enough cabbages to feed ourselves. We should be able to feed ourselves without any problems. We have more arable soil than Japan, yet we are getting food aid from them. This is not right.

“We really need to up our game and stop relying on imports. We wear blankets more than any country and yet they are being manufactured elsewhere, not here. We need to correct this,” Mr Mokhothu said.

A DC government would also establish a development bank to help Basotho start their own businesses.

It would also create a conducive climate for business to flourish.

He said unlike other parties, the DC nurtured small businesses.

“We are not like those businessmen who turn into politicians. This kills the spirit of competition in business.

“To those businessmen who have joined politics, they should sell their businesses or pass them to their sons because indulging in business with government after you join government, is corruption,” Mr Mokhothu said. Although he did not mention any names, this was probably in reference to business mogul Sam Matekane, who formed the Revolution for Prosperity (RFP) party in March this year.