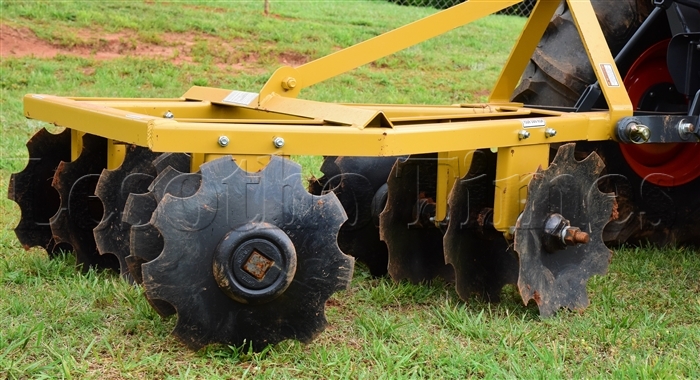 THE government has been forced to halt its controversial sales of farming equipment amid indications that the Directorate on Corruption and Economic Offences (DCEO) has launched investigations to establish if the auctions are above board.

Agriculture and Food Security ministry Principal Secretary (PS), Nchaka Makara, this week issued a circular to all district administrators in the country’s 10 districts, ordering them to suspend the sale of the equipment in line with a directive first issued by the DCEO last December.

The decision to auction the equipment at subsidised prices was taken by cabinet last November. It was meant to help local farmers to boost productivity and contribute to food security by using technology to plant and harvest crops. The equipment included tractors, planters, harvesters, seed bed cultivators and boom sprayers.

The auctions got underway at the beginning of the year but there has been an outcry from political parties including the ruling All Basotho Convention (ABC) who allege that the government-owned farming equipment is being corruptly sold at knockdown prices to cabinet ministers, government legislators and other well-connected individuals at the expense of needy ordinary farmers who should be the main recipients.

Over the weekend, ABC spokesperson, Montoeli Masoetsa, condemned the auction as “glorified theft and corruption” by cabinet ministers and other government officials.

The Monyane Moleleki-led opposition Alliance of Democrats (AD) also accused Agriculture and Food Security minister, Tefo Mapesela, of flouting procurement regulations by unfairly excluding ordinary farmers and other members of the public from the bidding process.

AD secretary general and former Justice and Correctional Services Minister, Mahali Phamotse, called on the police and DCEO to probe the auctions of the equipment by the Ministry of Agriculture and Food Security.

Although Mr Mapesela has vehemently denied any wrongdoing and insisted that the auctions have been above board, his ministry has resolved to comply with a DCEO directive to halt the auctions.

On Tuesday, PS Makara issued an urgent memo to all district administrators to stop the sales of the equipment.

“Your good offices are kindly requested to inform the farmers that the sale of government-owned tractors and implements to the farming community has been put on hold until further notice.

“This is a directive from the DCEO which is conducting investigations on this matter,” PS Makara states in his brief memo to the district administrators.

In his 4 December 2020 letter to PS Makara, the now suspended DCEO Director General, Mahlomola Manyokole, had ordered the Agriculture and Food Security ministry to suspend the then proposed sale of the farming equipment.

“The DCEO wishes to draw your good office’s attention of the report filed with DCEO concerning the direct sale of government owned tractors and implements to the farming community. As such, we would therefore request the following information from your office:

“Whether there has been a public advertisement before the sale of such property to the farming community.

Adv Manyokole also demanded to know why the Lesotho Post Bank was not being used “as an independent entity to sell the property to farmers as previously anticipated”.

“We would therefore humbly request your good office to put the sale on hold until the ministry has responded to our request as outlined above,” Adv Manyokole added.

However, the auctions went ahead despite the directive until the latest order to halt them.

PS Makara was unreachable on his mobile phone for further comment on the issue.

On his part, acting DCEO Director General, Adv Sefako Seema, confirmed that they were investigating the sale of the equipment.

“We are conducting investigations but it would be premature to divulge any information as this could jeopardise our probe,” Adv Seema said yesterday.

Bravo the LVA for fight-free elections