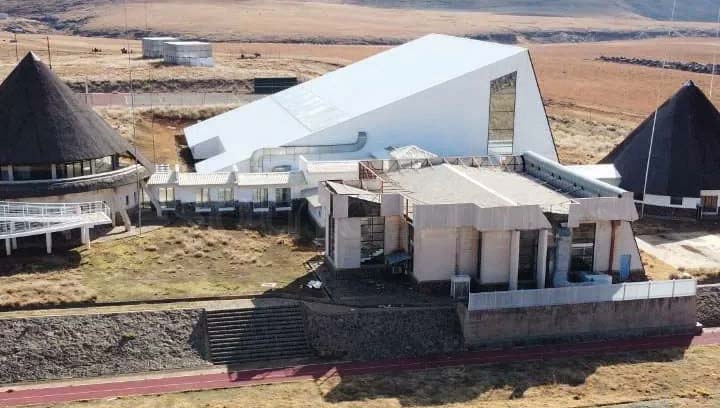 …Minister blames rampant corruption and lack of political will for the losses.

THE cash strapped government has lost more than M500 million in cost escalations created by lengthy delays in completing two major projects; the national museum and a new palace for His Majesty, King Letsie III.

Development Planning Minister, Selibe Mochoboroane, blamed the delays in completing the projects and the resultant cost escalations on rampant corruption among government officials and general lack of political will to ensure efficient and prompt completion of projects.

In an exclusive interview with the Lesotho Times this week, Mr Mochoboroane said the government had sunk billions of maloti into various projects in the past decade without any tangible progress in fostering development as some of them remained unfinished up to now.  An erratic bureaucracy and poor monitoring by relevant ministries were also to blame for the delayed completions.

The escalation costs could even be much higher as the government had several other pending projects across the country.

Mr Mochoboroane said a lot of state resources had been used without any public benefit.

He said after his appointment as minister in May 2020, he had embarked on a three-month countrywide tour to assess projects being undertaken by various government ministries including Public Works, Local Government and Chieftaincy, Energy and Meteorology, and Water. “The results were shocking”, he said.

“It was a mess. Projects that were started way back in 2011 remain uncompleted.  The tour revealed that there is poor management of state resources,” Mr Mochoboroane said.

In one typical example of government inefficiency, the M70 million High-Altitude Centre at Thaba-Putsoa in Maseru rural had remained a white elephant despite its completion 10 years ago, he said.

“That is a very good sports facility. One would have thought that after the government spent so much, it would promptly be used for the benefit of the country. No one could explain why it was lying idle for so long.

“It was only last year after we toured the centre that an announcement was made that it was now ready to be utilised. I’ve learnt that the Gender, Youth, Sport and Recreation ministry is trying to outsource the management of the facility so that it can be used for the betterment of the country,” Mr Mochoboroane said.

He said it was wholly unacceptable that the government was paying more for the projects as a result of the persistent completion delays that resulted in cost escalations.

The construction cost of the national museum and art gallery by the Tourism, Environment and Culture ministry, had shot from an estimated M99 million at its inception in 2011 to M250 million today. The project is not yet fully complete.

Mr Mochoboroane also cited delays in finishing the construction of the new royal palace. Work started in 2012 at an estimated cost of M130 million but the price had now ballooned to a staggering M500 million a decade later.

“The cost is now huge because of perennial delays. Even as we speak now, the palace is not yet complete.”

He said that at one point, there were squabbles between the Tourism, Environment and Culture ministry, the contractor and the consultant leading to a six-months break on the project while the parties battled to settle their differences. These have now been resolved.

“The government continues to pump more money into the project. The longer it takes to finish the work, the bigger the cost on the government. We haven’t utilised the facility yet,” Mr Mochoboroane said.

He also referred to the High Court in Leribe which was only officially handed over to the judiciary in May 2022 after several delays which resulted in increased costs.

“If you look at all these projects, the problem is lack of monitoring and evaluation. This causes unnecessary delays and pushes the costs of construction up.

“The problems start with the relevant ministries on the ground that are not able to keep track of their work….,” Mr Mochoboroane said.

The government continued to inject huge funds into projects without getting the desired results.

“Another example is a primary school abandoned at window level in Semonkong in 2011.

“The Education and Training ministry was not even aware that they had such a school on their books until I visited it and brought the matter to their attention. All this while teachers and pupils were suffering,” he said.

Mr Mochoboroane, who was chairperson of the parliamentary Public Accounts Committee (PAC) before his appointment as minister, bemoaned what he described as rampant corruption in the government.

He said the problem was persisting because there was no political will to fight the scourge.

“Corruption will not go away as long as we don’t have a leadership that is willing to admit that we have a problem that needs to be tackled.”

As PAC chairperson, he had grilled several ministers implicated in some dodgy activities and came up with some recommendations to deal with corruption but no action had been taken hitherto.

Some of the ministers were still in government, he said.

In an earlier interview with the Lesotho Times in May this year, Mr Mochoboroane had also lamented the inefficiency in government as it continued to pay millions of maloti on projects that were never completed. Others never existed, yet the “contractors” were paid nevertheless.

“When you take a trip down memory lane to look at how government business has been conducted over the years, you will realise that there is no accountability. Nobody cares or follows up to see if projects are implemented.

“During my tenure as PAC chairperson I noticed that public funds are disbursed for projects that have not followed proper procedures. The infamous Frazer Solar project is a good example. When you try to establish if there was a concept note on the project presented before the Private Sector Investment Committee to determine if such a project would be viable, you draw a blank.

“When you try to establish whether there was a feasibility study conducted by the Ministry of Energy and Meteorology to test the project’s viability, sustainability as well as costing; you draw yet another blank. There’s absolutely nothing,” he said.

The controversial M1, 7 Billion solar deal has resulted in the government being ordered by a South African arbitrator to pay off £50 million (M856 million) in damages to Frazer Solar. This for allegedly breaching a 2018 contract the company claims to have entered into with ex-premier Thomas Thabane’s government for the supply of solar water heating systems, solar generated electricity, LED lights and solar lanterns over four years.

The company insists it had a valid agreement that was signed by former Minister in the Prime Minister’s Office, Temeki Tšolo. It says the project was not implemented due to current Prime Minister Moeketsi Majoro’s dogged refusal to sign the financing agreement when he was finance minister under the Thabane government.

Mr Mochoboroane said most of the major government projects were riddled with corruption as costs were inflated.

“I remember summoning principal secretaries and other senior government officials for more information on the projects run by the government… I studied all the available documents about these projects before launching my ground tour. Sadly though, information was sketchy, with the civil servants I was working with informing me that they had not the slightest clue of some of the projects because they were new in the ministries,” he said.

The government also lost a massive M700 Million in procuring industrial machines using a loan from the Export Import Bank of India for the Gender, Youth, Sport and Recreation ministry for job creation and youth empowerment during the 2012-2015 coalition government.

“It was only after I arrived there and started asking questions that plans were made to construct suitable structures to house the equipment and for its operationalisation. Still, those machines are yet to be commissioned because we must find skilled personnel to operate them and, also establish if they are still in good shape,” Mr Mochoboroane said.

He said due to lack of planning, his ministry only learnt about the existence of the machines when the time to service the loan came. “Imagine what those funds could do in the lives of ordinary Basotho had they been utilised properly.”

Auditor General, Monica Besetsa’s recently published report for the 2020/21 financial year revealed that the government could not account for M6, 16 billion deposited as cash in its various bank accounts in Lesotho and South Africa.

This is a massive figure considering this amount is about 25 percent of the M24, 8 billion budget for the current fiscal year presented in February by Finance minister, Thabo Sophonea.

Ms Besetsa said even more damning was the fact that that amount was far higher than the M3.47 billion that the government had failed to account for in the 2019/20 financial year.

While the government continues to play ping pong with the public purse, it has been dismally failing to pay suppliers, causing many to close shop and spawning increased joblessness. The situation has become so dire with some suppliers going for years without being paid.

Elections back on track