General elections to be held in September 2022: IEC 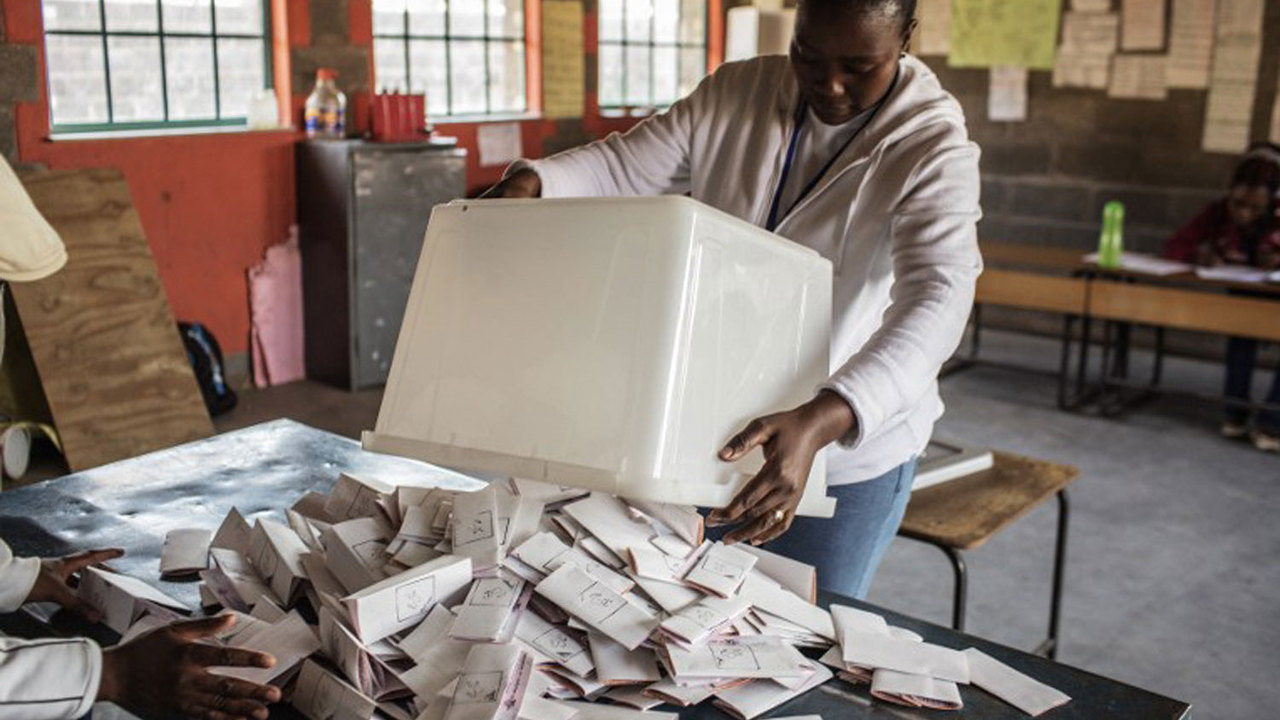 THE next general elections are likely to be held in September or October 2022 while by elections in five vacant constituencies are set for July and August this year.

The Independent Electoral Commission (IEC)’s public relations officer, Tuoe Hantši, this week said the electoral body was now seized with preparations for both the national polls and the by elections after the recent appointment of IEC commissioners.

“There are three major issues that the (IEC) commission is working on and these are national elections, by-elections and demarcation of constituencies,” Mr Hantši said.

“The 2022 national elections are likely to be in September or October next year.

“The budget for the last national elections, held in 2017, was M248 million. For now, we cannot say what the budget for the 2022 elections will be because we are still in the preparatory stages. We have started preparing for elections and we are gradually getting everything in place.”

Mr Hantši said the established convention was that parliament is dissolved five years to the day it held its first sitting. Thereafter, His Majesty King Letsie III will call for elections to be held 90 days from that date.

In the case of the current parliament, it held its first sitting in July 2017 following the 3 June 2017 elections which ushered in a Thomas Thabane-led governing coalition. However, Mr Thabane was replaced as prime minister by his own All Basotho Convention (ABC)’s Thetsane constituency legislator, Moeketsi Majoro, on 20 May 2020.

Mr Thabane’s was replaced without parliament being dissolved. This means that its term ends in July 2022 and elections can therefore be held 90 days later at the end of September or October 2022, Mr Hantši said.

He also said by-elections were now overdue in the five constituencies of Makhoroana, Maliepetsane, Thupa Kubu, Mohale’s Hoek and Kolo. The constituencies are currently without representation following the deaths of their legislators between 2019 and 2021.

The constitution stipulates that by-elections to choose new MPs must be held within the 90 days of the deaths of the incumbents. However, the IEC had been unable to organise the by-elections in the absence of commissioners.

Asked how the by-elections would conducted during the time of the Covid-19 pandemic which spreads faster when there are large gatherings such as those which usually occur when political parties hold campaign rallies and when people queue up to vote, Mr Hantši said all stakeholders including the Ministry of Health and the National COVID-19 Secretariat (NACOSEC) had been engaged  in the planning process.

“All the measures in terms of the public health regulations will be adhered to. public Stakeholders including the Ministry of Health and NACOSEC are part of the planning process. They will advise on the Covid-19. Countries like the United States of America, Malawi and Uganda still held elections during the Covid-19 period. It’s all about putting the (health) guidelines in place,” Mr Hantši said.

Public health protocols prescribe that there must not large gatherings of more than 50 people, there must be social distancing, people must avoid unnecessary movements and must always wash their hands with approved sanitisers.

IEC operations had been crippled by the absence of commissioners from January 2019 until last December when new commissioners were appointed.

Current IEC chairperson Mphasa Mokhochane and fellow commissioners, Karabo Mokobocho and Tšoeu Petlane, were appointed by King Letsie III on the advice of the Council of State.

Their appointments brought to a close the long wait for IEC commissioners after numerous court battles had delayed the replacement of the previous commissioners whose contracts expired in January 2019.

But the process of appointing new commissioners was delayed by several court applications including the trio’s Constitutional Court application to try to cling to their posts.  It was dismissed in October 2019.

The Constitutional Court dismissed the TRC and its co-applicant’s application on 11 August 2020 on the grounds that the applicants lacked the legal standing to stop political parties from recruiting new IEC commissioners. The verdict was upheld by the Court of Appeal on 12 October 2020 thus paving way for December 2020 appointment of the current IEC commissioners.

Now that the dust has settled, Mr Hantši said preparations had started in earnest for the holding of by-elections to fill vacant parliamentary seats.

He said the by-elections would be held simultaneously with the local government elections in 30 councils.

“Preparations for the by-elections and other IEC business could not take place without the commissioners.

“Now that they are in office, their duty is to ensure that there is a programme towards the holding of by-elections and general elections (next year).

The prolonged absence of the IEC commissioners also affected plans to appoint a new director of elections. The post has been vacant since the July 2020 expiry of the contract of former incumbent, Letholetseng Ntsike.

Mr Hantši said they were yet to advertise the vacancy and the IEC’s Chief Legal Officer, Lehlohonolo Suping, would continue acting in that capacity until the appointment of a substantive director of elections.

The lengthy absence of the commissioners also delayed the delimitation of electoral constituencies.

The constitution requires that the electoral constituencies are redrawn every 10 years. This has to be done now as the delimitation exercise was last done in 2010.

“The commission will then engage stakeholders to discuss the findings. The challenges revealed by the findings will determine the timeframe for the delimitation of electoral constituencies,” Mr Hantši said.

He said they would also clean up the voters’ roll in preparation for the polls. The clean-up is necessary to remove the names of people who have either passed on since the last elections or moved to other constituencies.

He said the commission always strove to maintain its reputation for delivering credible elections which were accepted by all political parties, voters as well as the international community.

“The Commission operates in a spirit of openness, working together with all stakeholders from the first stage until the moment when a winner in each constituency is announced. The stakeholders include political parties, politicians, international observers, non-governmental organisations, the media and the international community to ensure transparency,” Mr Hantši said.