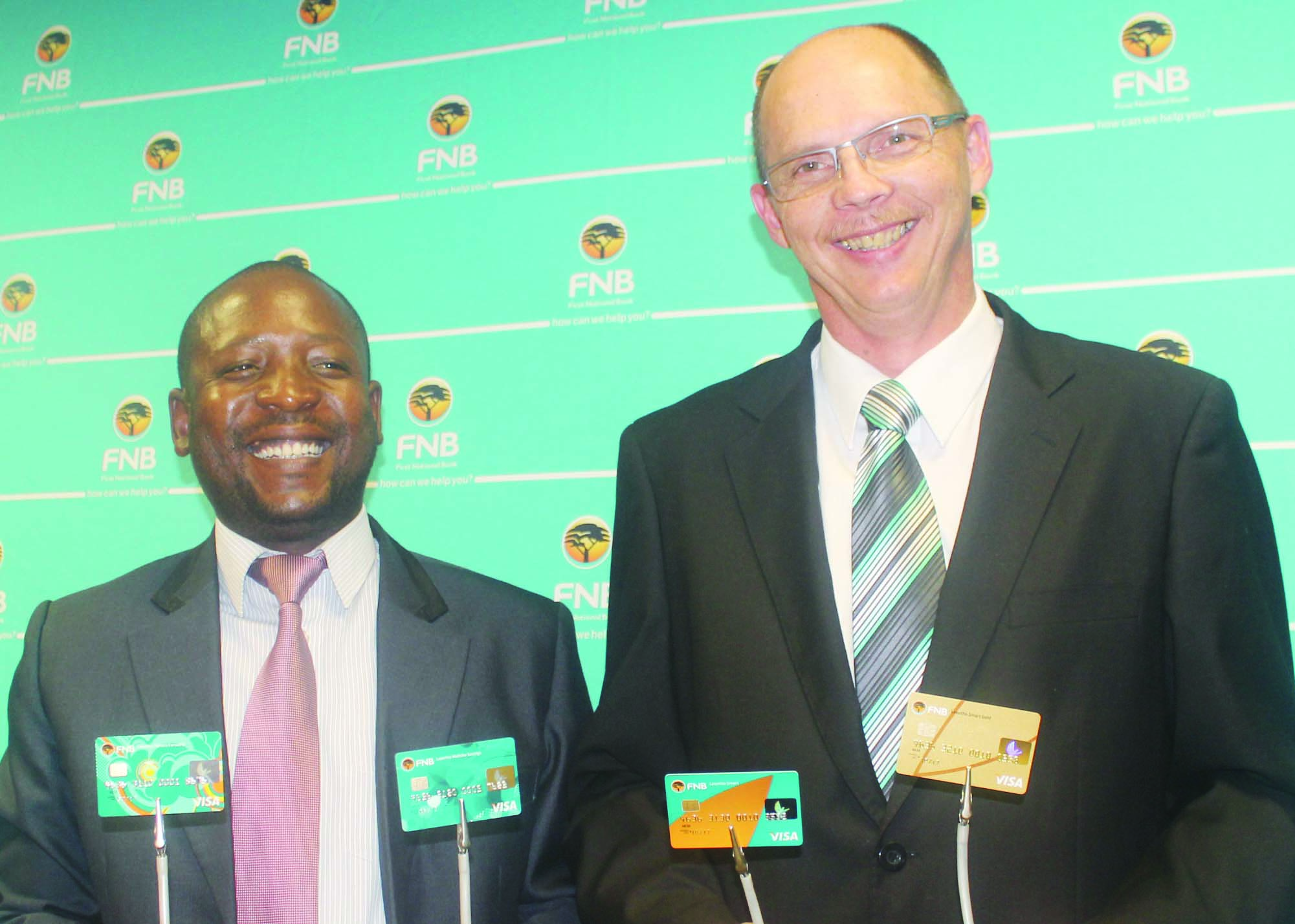 THE First National Bank Lesotho (FNBL), on Tuesday, launched a Chip and Pin-enabled card, which the financial services provider said would improve the security of card transactions of its customers.

Speaking at the launch held at the bank’s headquarters, FNBL Chief Operations Officer, Gary Chapman said banking safety and convenience is of utmost importance, and with the introduction of the new generation card, “there is no chance of customers’ cards being cloned”.

“It offers a great benefit of online shopping and we are pleased that we are the first bank that is able to offer this to our customers in Lesotho,” Mr Chapman said.

He said the card holds the same data, but has a chip, which makes the card more secure.

“Instead of swiping the card at a point-of–sale device and signing the slip once the transaction has been made, the card is inserted into the bottom of the device and customers are required to enter their Personal Identity Number (PIN) code,” Mr Chapman said.

The new chip and pin cards, which replace the magstripe cards, are embedded with a microchip, that holds the customer information and payments can only be authorised by a unique Personal Identity Number (PIN), known only to the customer.

Mr Chapman also revealed that the new FNBL Chip and Pin card “is more than the ATM card with added smart card technology, it stores one’s personal information and offers one with improved security and peace of mind”.

FNBL Head of Risk, Sekete Phohlo, said the “secure and safe” Chip and Pin card reduces the opportunity for misuse and reduces the risk for the cardholder, merchant and the bank. He also said the chip card reduces the number of under the floor limit transactions and can be used safely in remote locations.

According to Mr Phohlo when a customer intends to pay for goods using the new system, the card would be placed or “dipped” into a PIN Pad terminal, which accesses the chip.

“Once the card has been verified as authentic, the customer enters a 4-digit PIN, which is submitted to the chip on the smart card,” Mr Phohlo said.

“If the two match, the chip signals to the terminal that the PIN was correct, otherwise it informs it the PIN was incorrect and customers would be able to see PIN approved or not immediately and would not have to wait for a slip any longer.”

The new and improved card is offered to FNBL customers free of charge, with some customers already having acquired the new cards.

“Every customer, new or old, qualifies for the Chip and Pin card and is encouraged to visit their nearest branch to order and collect their cards,” said Mr Phohlo.