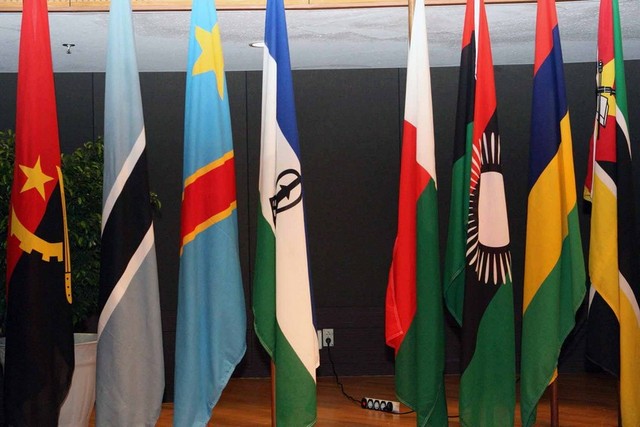 A TEAM consisting of representatives of the seven Southern African Development Community (SADC) countries sending troops to Lesotho on 20 November 2017 arrived in the country on Wednesday to finalise the logistics of their deployment.

“The team is arriving in the country today (yesterday) and they are mandated with preliminary planning for the standby force which will be deployed later this month,” Rtd Col Mothae said.

“Among other things, they will identify the mission headquarters, their base and other logistical requirements and expected to leave for their countries on Saturday.”

The standby force was last week whittled down from the initial 1 200 to 258 by the regional bloc’s defence chiefs due to budgetary constraints. The initially agreed standby force comprised of 1 099 troops, 30 civilians, 34 police officers, one pathologist, four scuba divers and a police mobile unit.

It was scheduled to arrive in the country on 1 November 2017 before the deferment to 20 November. After the reduction last week, the standby force will now cost the region around M4 million, instead of the M95.3 million initially envisaged.

The force’s mandate is to assist the Lesotho Defence Force (LDF) in managing the security crisis in the country in the aftermath of the 5 September 2017 assassination of commander, Lieutenant-General Khoantle Motšomotšo by his subordinates Brigadier Bulane Sechele and Colonel Tefo Hashatsi.

Brig Sechele and Col Hashatsi had reportedly accused Lt-Gen Motšomotšo of failing to stop the prosecution of LDF members implicated in various crimes before shooting the LDF chief dead.

Brig Sechele and Col Hashatsi were eventually killed in a hail of bullets from Lt-Gen Motšomotšo’s bodyguards as they left the office complex.

Lt-Col Sechele and Lt-Col Hashatsi were also implicated in the killing of former army commander Lt-Gen Maaparankoe Mahao on 25 June 2015.

The force is also expected to help in the implementation of security sector reforms recommended by the regional body.

Among the recommendations of a 10-member commission of inquiry into the causes of Lesotho’s perennial instability is the suspension of LDF officers implicated in cases of murder, attempted murder and treason while investigations into the allegations proceed in line with international best practice.

The inquiry, led by Botswana judge Mpaphi Phumaphi carried out its investigations between 31 August and 23 October 2015.

It also recommended the government to investigate the killing of Lt-Gen Mahao and prosecute those found to be responsible.

Some LDF members implicated in various unresolved crimes have already been prosecuted without any unrest in the country. These include former army commander Lt-Gen Kamoli, who was last month charged with one count of murder and 14 counts of attempted murder.

This week, the Botswana government stated that it would not add its troops to the SADC standby force because it believed Lesotho had the capacity to resolve the crisis.

However, Mr Lebona stressed that the force was needed to retrain LDF members and to serve as a deterrence for any unrest.

“We still feel there is a need for SADC to deploy the standby force to undertake various training programmes for the Lesotho army,” he said.

“In any case, we can’t be too sure that the security situation will remain calm because there has not been any resistance so far. Indeed, the soldiers are reporting to the authorities for interrogation when summoned. But it can all change in an instant.”

The contingent force’s main focus, Rtd Col Mothae said, would be on the reorienting of some LDF departments and assisting in the implementation of security sector reforms recommended by the regional body.

In a previous interview, Rtd Col Mothae said overhauling the LDF’s Military Intelligence (MI) wing would rank high among the priorities of the standby force since it was integral to the operations of the military.

The mooted overhaul was also a consequence of the government’s concerns about the MI’s failure to anticipate Lt-Gen Motšomotšo’s assassination by his subordinates.