Plight of informal traders in the spotlight 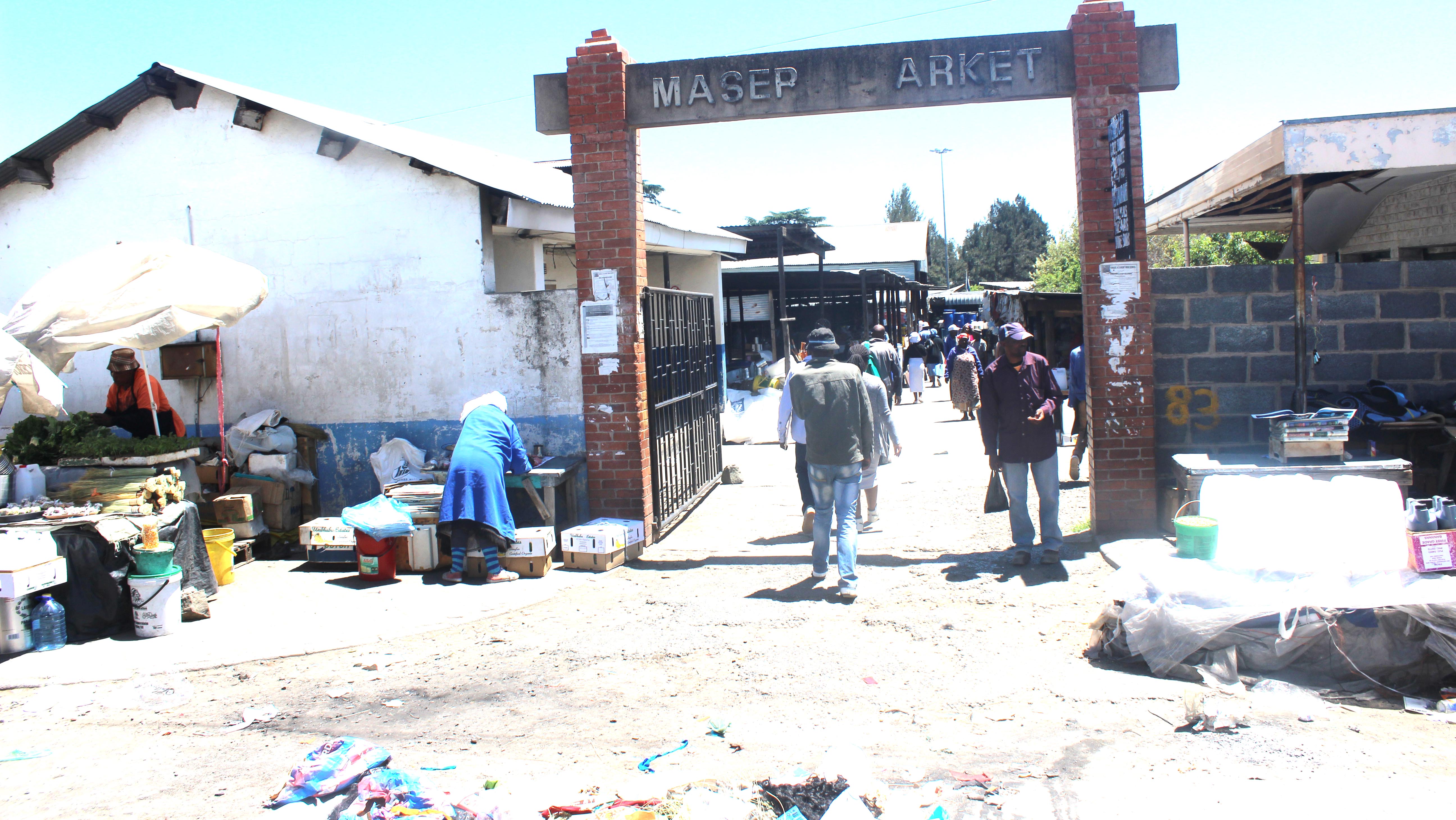 OVER the course of this year, a number of swanky buildings have been constructed along Maseru’s main Kingsway thoroughfare in a bid to spruce up the city’s downtown area to become a more attractive commercial centre.

In equal measure, however, vendors have also been swarming the capital’s already chaotic business district in search of a means of survival. With the designated hawking areas such as Sefika, Manonyane and Mafafa commuter omnibus stations already full to capacity, the vendors have resorted to selling their wares on the crowded street pavements.

As a result, the gleaming new buildings housing reputable clothing brands and fast food restaurants are juxtaposed by vendors’ makeshift structures and tables where anything is sold from shoes to fruits.

The Maseru City Council (MCC) has resorted to evicting the vendors and removing their stalls over the years, arguing that they were not only illegal, but were an eyesore and created a breeding ground for diseases.

On their part, the vendors, through their representative organisation Khethang Tema Baitsukuli (KTB), accuse the MCC of failing to accommodate them by not availing water and electricity facilities at the designated vending areas.

KTB chairperson, Tsolo Lebitsa, told the Lesotho Times this week that their proposal for the MCC to construct “proper” market stalls “fell on deaf ears”. He said the proposed market stalls would ensure that the council does not evict the vendors “whenever they felt like it”.

“MCC has not been supporting our request for the construction of market stalls. The council still uses the Market Regulations Act of 1971 which, in our view, is an old law that should no longer be applicable to today’s situation,” Mr Lebitsa said.

“According to that Act, an abiding vendor is one who is premised within the confines of a market place and the MCC authorities unfairly use that law to remove us from vending posts which they claim have not been properly allocated.

“According to the MCC regulations, vendors who have been allocated a stall have to pay a monthly fee to receive such services as water, access to toilets and electricity, yet those services are not available on the allocated stalls.”

He said the unavailability of water and sanitation facilities made the designated markets a health time bomb and was bad for business.

“There are very few taps providing water to so many vendors. As a result, accessing water is a tall order for most vendors,” said Mr Lebitsa. “One of the taps at the Maseru Market near Ha-Mokotso is usually opened between 8am to 10am leaving vendors without water for the rest of the day.

“Finding water for most of the traders is traumatic to say the least, and they have to save every drop of the precious resource to last them throughout the day.”

He said the lack of water facilities was the reason most vendors were reluctant to use their water to wash the fruits they sell to customers.

“They really use water sparingly because it is hard to get. At times they have to draw the water from public toilet basins to use for such purposes,” Mr Lebitsa said.

“Our challenges are in the full view of the very customers we want to sell to. And because of that, they end up taking their money elsewhere. Business is not brisk in the streets because people only buy from us when they are desperate. This is all because we are not properly sheltered.”

KTB member, Lemohang Kobeli, chipped in saying vendors got a raw deal from the authorities because they were excluded from social protection laws.

“There is a need for vendors to be accorded the same recognition as other sectors in the country. We are not included in the social protection laws accorded to other people earning a living in the country,” he said.

“There are no laws tailor-made to address our unique challenges. For instance, women come to work with their babies soon after giving birth because they don’t have the luxury of maternity leave.

“We also cannot access bank loans which are available to people working in the formal sector. This exclusion further worsens our already glaring financial illiteracy. Many vendors still do not know how to use the little money they earn wisely and make prudent investments and end up hiding it under their mattresses instead.”

While acknowledging the ballooning numbers of vendors in the urban centres, Mr Kobeli said it should not be used as an excuse for failing to address their concerns.

“With the unemployment rate skyrocketing, it is nearly impossible to manage the spiraling number of vendors or to completely regulate their activities,” he said.

“However, vendors need to access basic amenities such as water and to be incorporated in the planning of buildings to ensure they complement, rather than become a liability to the urban environment.”

Civil society organisations and the Ministry of Health have also raised concern over the health consequences of vendors selling foodstuffs without proper sanitation facilities. During Global Handwashing Day commemorations last month, the ministry, Transformation Resource Centre and Technologies for Economic Development (TED) called on food outlets to provide handwashing facilities for their customers and staff to stem the prevalence of diarrhea and acute respiratory infections

TED Director, Mantopi Lebofa, said there was need for more concerted efforts to preserve the environment as well as the provision of water and sanitation facilities in line with the 17 Sustainable Development Goals (SDGs) recently adopted by the country.

“Health, water and sanitation are among the SDGs the country hopes to achieve and more innovative measures have to be undertaken in schools and among vendors to ensure the availability of sanitation facilities,” she said.

“In a nutshell SDG 1, 2 and 3 advocate for poverty reduction, food security, improvement of healthy lives and well-being for all and SDG 11 focuses on making cities and human settlements inclusive, safe and resilient.”

Contacted for comment, MCC spokesperson Lintle Moerane said the council was grappling with ever increasing numbers of people erecting structures and selling their wares at undesignated places.

“There are so many vendors operating in contravention of the regulations imposed by the MCC, and only a few that are abiding by the law,” she said.

“We only acknowledge vendors who have registered with the municipality and duly pay a monthly fee of M1.50 monthly for occupying a stall.

“That fee goes into paying for water and electricity services provided in such places as the Maseru market. We encounter many problems with people who demand access to services without paying for them.”

Ms Moerane said the MCC had set up a committee which communicates vendors’ grievances regarding their working conditions as well as the council’s expectations.

“The committee has explained the plans we have to renovate the market areas in due time. So, we cannot leave a group of vendors to take matters into their own hands by putting up structures when they clearly are not empowered to carry out such activities,” she said.