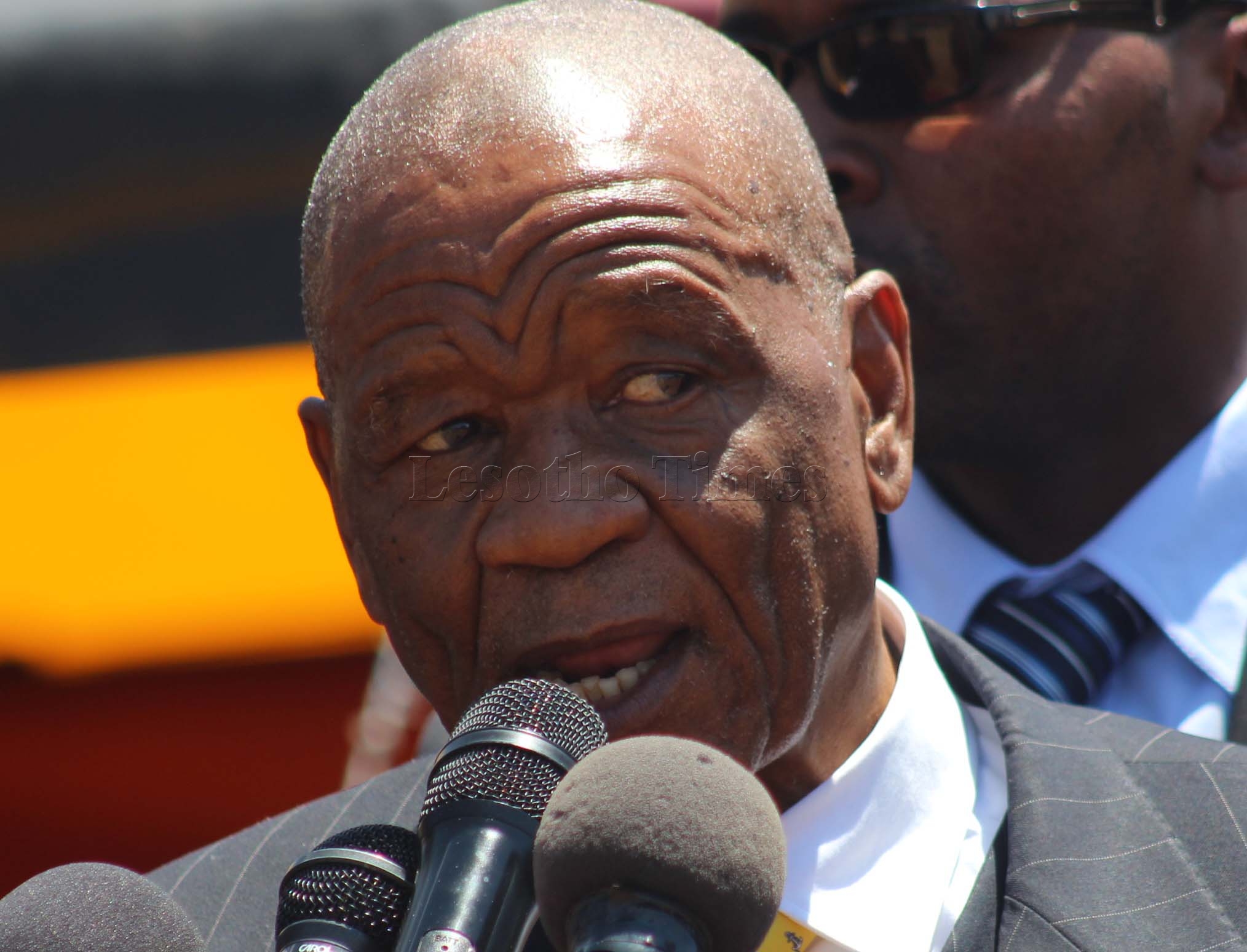 PRIME Minister Thomas Thabane has implored former deputy Prime Minister and Lesotho Congress for Democracy leader, Mothetjoa Metsing, to return to the country from his self-imposed exile, saying his government did not have any vendetta and was not interested in persecuting him.

Dr Thabane said this while addressing a memorial service in Maseru for the late Sports Minister, Kabelo Mafura, who died on Christmas Eve in Bloemfontein, South Africa after a short illness.

The 66-year old Mafura, who was also the deputy leader Alliance of Democrats (AD) party, succumbed to an undisclosed ailment which he reportedly contracted during a cabinet meeting on 15 December, 2017.

Dr Thabane also said it was time Lesotho became a stable country which did not require perennial intervention by the Southern Africa Community Development (SADC) to guarantee peace and stability.

Mr Metsing, who is also the Member of Parliament for Mahobong, fled the country in August last year, claiming that he had received a tip-off that the police were on their way to his Ha Lobiane home-town to arrest and kill him.

However, Dr Thabane rejected Mr Metsing’s claims in an exclusive interview with the Lesotho Times that same month. The premier described Mr Metsing as a “fugitive from justice” who had run away to avoid being arrested and jailed over allegations that he took bribes from a company, Bravo Construction, in exchange of lucrative road construction tenders.  The Directorate on Corruption and Economic Offences (DCEO) had investigated Mr Metsing’s accounts and unearthed substantial cash deposits which the former deputy prime minister was said to have failed to explain.

Mr Metsing has also repeatedly snubbed government pleas for him to return to the country to participate in the multi-stakeholder forum that is expected to lay the groundwork for the envisaged multi-sectoral reforms which are seen as crucial to creating a conducive environment for socio-political and economic development.

And in his address to hundreds of people who attended Mr Mafura’s memorial service at Manthabiseng Convention Centre on Tuesday, Dr Thabane reiterated that his administration had nothing against the former deputy premier, saying they were rather focused on ensuring lasting peace and stability in the country.

“I do not like talking about other people, but I was shocked when I heard that Ntate Metsing had fled the country,” Dr Thabane said.

“I asked myself why he fled and honestly I want those that know him to tell him that I have nothing against him. I have no interest in him and not even a small agenda.

“He should come back to his home and stay with his wife because I will not even come as I have my own wife who is here with me.”

Dr Thabane implored the coalition partners and Basotho in general to unite and work for the good of the nation.

His All Basotho Convention is in a coalition government along with the Reformed Congress of Lesotho, Basotho National Party as well as the Alliance of Democrats where the late Mr Mafura was deputy leader.

“We should ensure peace at all times, love one another and let us desist from back stabbing each other. This is my plea to you Basotho.”

He said while it was good that SADC had committed itself to helping Lesotho become a stable country, he was hopeful that this would be the last time Lesotho would be on the agenda of the regional body.

A SADC standby force, also known as the SADC Preventive Mission in the Kingdom of Lesotho (SAPMIL), was deployed to Lesotho early last month to assist the Lesotho Defence Force (LDF) in managing the security crisis in the country in the aftermath of the 5 September, 2017 assassination of army commander, Lieutenant General Khoantle Motšomotšo by his subordinates, Brigadier Bulane Sechele and Colonel Tefo Hashatsi.

According to SADC, one of the main objectives of the SADC deployment is to “assist in isolating renegade elements within the Lesotho Defence Force (LDF)”.

The standby force will also support Lesotho in retraining its army personnel, especially in the area of civil-military relations while working towards security sector and other institutional reforms.

Furthermore, the SADC force will “monitor the investigation of the assassination of Lt-Gen Motšomotšo, prioritise and expeditiously assist in the operationalisation of national unity and reconciliation dialogue with a clear approach, to be facilitated by SADC”.

Speaking on Tuesday, Dr Thabane said, “It is good that SADC has come to our country but I hope it is for the last time”.

“Let it be the last time except when they visit like they would visit any other country.

“Yes, SADC has committed itself to coming to our country but it’s time to say to them, we have walked this road together and we are thankful for your support and we now have a common goal as the Basotho nation.

“With all the humility, I plead with everyone to serve this country in peace and love one another. Stop pointing fingers and hiding in the dark to kill others because in the end the truth will come out. I plead for peace at all levels even in our political parties.”

He said Lesotho had been turned into a joke “as though we do not have a pedigree on anything”.

“We are among the most educated people in Africa so let us focus on things that build us as a country and let go of those that make us a laughing stock,” Dr Thabane said.