Diarrhea among causes of infant mortality 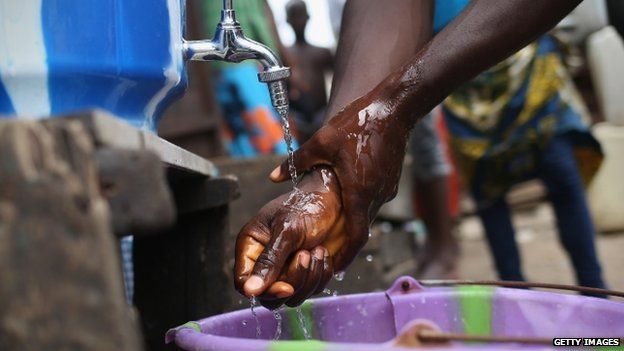 DIARRHEA has been cited among the cause of infant mortality rates in the country that were found to be at approximately 85 deaths out of 1000 in children less than five years of age in the latest demographic health survey.

Water Aid Program Management Officer Ms Tiisetso Piet made the revelations this week at a press conference held as non-governmental organisations and government announced plans to commemorate Global Hand Washing Day on the 15th of October.

Ms Piet said it had been realised that infants started to show signs of diarrhea at the early age of six months- the time they were introduced to solid foods.

She said this was closely related to the unsafe hygiene practices- mainly hand washing, adding “Diarrhea therefore becomes the leading cause for malnutrition and severe dehydration which eventually increases mortality amongst children under the age of five.”

“Lesotho is no exception to these effects.  The 2014 Lesotho Demographic Health survey (LHDS) has indicated that mortality is approximately 85 out of 1000 in children less than five years of age,” Ms Piet said.

She said diarrhea could not be “excluded from the causes of death in under five children and skipping hand washing is one of the major reasons for prevalence of under-five diseases”.  “Only 19 percent of people at global level wash their hands with water and soap after defecation,” Ms Piet said, adding, making hand washing a habit for everyone would contribute to breaking the chain of disease and death among children.

“Through hand washing with water and soap diarrhea, pneumonia, stunting and malnutrition can be reduced.

“The critical times where hand washing must be practised are after defecation and changing nappies, before eating and before children after being contact with dirt, dust or waste and at other critical moments especially for different professional groups,” Ms Piet said.

Other NGOs who attended the press conference are Transformation Resource Centre (TRC), World Vision and TED.

Ms Piet said although Global Hand Washing Day is commemorated worldwide on the 15th October, Lesotho would mark the day on 14 October with an event in Bela-Bela which would be followed by activities in various parts of the country up to the first week of November.