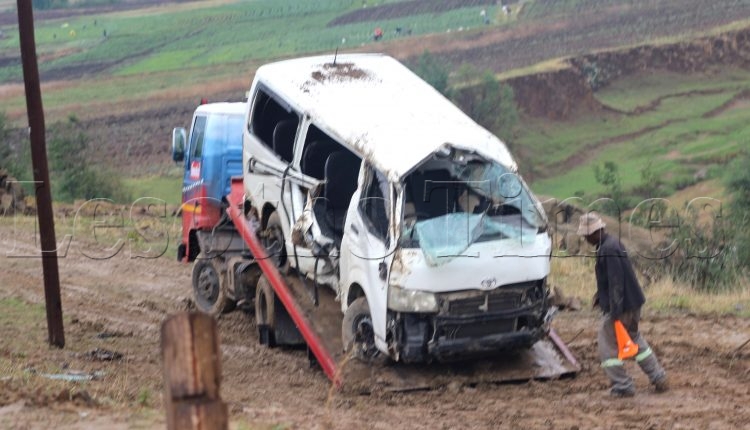 FOUR female factory workers died in a horrific accident on Tuesday morning when the taxi they were travelling in overturned and landed in a donga at Khubelu, Maseru.

Police spokesperson Senior Superintendent Mpiti Mopeli said the accident occurred shortly before 6am when the passengers were on their work at the Thetsane factories.

Snr Supt Mopeli said the 38-year-old driver of the Toyota Quantum taxi and two other women escaped unscathed while nine others were admitted at Queen ‘Mamohato Memorial Hospital where they were treated for their injuries.

Six of the accident victims were discharged yesterday while three remain admitted in hospital with critical injuries.

“This accident was a result of speeding and because of the rains at the time, the car slipped and overturned,” Snr Supt Mopeli said.

Snr Supt Mopeli advised all drivers to be patient while driving and avoid speeding. He advised them to be extra careful especially when driving on wet surfaces in the rainy conditions.

My hands are clean: Hloaele