KARL Marx’s The Communist Manifesto opens with, “A spectre is haunting Europe. It is a spectre of communism”.  He later wrote in his Civil War in France, that “France is the only country where class struggles are never fought to conclusion”.

In the Lesotho of our times, political battles are never fought to conclusion. A spectre of opportunistic scepticism is haunting Lesotho. It is delivered on the chariot of actively ploughing the furrow of falsehoods and self-fulfilling prophecies. This goes back a good two decades.

Amid the violent 1998 post-election protests, the prime minister acceded to a SADC commission election audit, and undertook to resign if the outcome didn’t confirm his party’s imposition of the Interim Political Authority to contrive electoral system engineering (which the opposition seized upon as a job opportunity) instead of fixing the malaise of electoral fraud. The Lesotho Congress for Democracy (LCD) callously governed without a clear mandate, claiming some unexplained validation by the self-same Langa Commission report it had tossed out of the window, and bolstered most robustly by the leftist Popular Front for Democracy (PFD) – prompting departure of some brilliant young minds from PFD ranks. The prime minister’s assault on the model after one election (May 2002), ironically for its being inclusive and precluding post-election battles, vindicated the leftist rank-and-file rebellion which posited that the problem was in the minds of men and not in the formulae for translating votes into seats.

The Marematlou Freedom Party (MFP) led the 2007 court challenge for others against the Independent Electoral Commission (IEC), the LCD and others for misallocation of 21 seats away from other parties to the ruling party. While the court claimed no jurisdiction over the matter, well after hearing opening evidence, it also passed a negative verdict that the MFP had no locus standi, ruling only the IEC (which was already not defending) could approach court for seat reallocation as per the electoral law. It is now legend that IEC simply ignored MFP supplications in that direction. The parallel Southern African Development Community (SADC) mediation ran aground when the government admitted transgressing but told the mediator to stay away from our shores, and subsequent (2011) amendment of the election law only constricted the electoral prospects of smaller parties.

A short five years later (2015) the state, wearing the same faces, killed Lt-Gen Maaparankoe Mahao and persecuted soldiers supposedly beholden to him, in a fabricated mutiny plot later disproved by yet another SADC commission under Justice Mpaphi Phumaphi; then quizzed and rejected its findings, skirting around the imperative of prosecuting killers. The Phumaphi report felt sufficiently strongly compelled to caution (pages 51, 59) that the country was crawling through a political crisis that might “spiral out of control”, and if not resolved, lead to “failing  the current government” and render “another election imminent”. It also observed that politicians “meddle in the security sectors for their own ends and not for the benefit of the nation” (pg. 53).

When government collapse materialized, the Lesotho Congress for Democracy (LCD)’s vice-spokesman Apesi Rats’ele credited it to implosion of the main ruling Democratic Congress (DC), spawning the high-pomp Alliance of Democrats (AD) under former DC deputy leader and police minister Monyane Moleleki – and not corruption in government contract awards, and party-based recruitment of security sectors including the LCD’s monopoly of army recruitment, as alleged by the embittered Moleleki. Rats’ele swore his party remained a kingmaker with a solid support base, contrasting it with the AD; and unlike a “political prostitute”, if the ruling bloc didn’t clinch government-forming numbers come June LCD wouldn’t go knocking on other doors, knowing well it was hated by the “MaNazi” axis of four-party government-felling parliamentary bloc.  Oh, how the seasons turn!

This was consistently worshipping the Congress spectre of infusing oneself with a self-consciousness of eternal victimhood. Its ethos is that if the “enemy” praises you, that should prompt you to stop and introspect, because you can only be betraying your cause; and if the “enemy” criticizes or assaults what you are doing, you should stay more steadfastly on that course – for you can only be on the right path.  And that is exactly where the problem lies: when the diminished LCD was widely lauded for its “rehabilitated” outlook in the 2012 coalition government, Prime Minister Mosisili (who to this day publicly boasts of his feat) easily dragged it therefrom by ”reminding” its leader that “enemy” praise meant wrong to Congress; today the LCD leader will not wean himself from the habits he wallowed in to fell his first coalition government, because if the public condemns the party’s “wearing” the army, brandishing clampdown on opposition, and threatening to steamroller parliamentary processes – that is passing grade for a Congressboy!

This was a week of confessions indeed. Flowing against the current of radio and social media reports of his ministry’s vehicles ferrying people from the South African hinterland to register towards boosting DC votes in June elections, Home Affairs minister Adv. Lekhetho Rakuoane accused opposition of similar constituency stuffing, threatening their arrest – while also declaring newfound convergence of his PFD’s political outlook with “the Congress”, at a Mafeteng rally. For his part, the National Independence Party (NIP)’s Kimetso Mathaba told Thaha-Khube FM(21/3/2017) that the party stands between Congress and National political brands, it is no longer where the founder “resigned” (?) from it – when he lost the battle to prevent his executive’s model-distorting election pact with then ruling LCD in 2007; and they easily consort with anyone.

Rakuoane also zealously accused the opposition of maliciously stopping government from rolling out the money it had itself raised, while lying that it didn’t have the money to provide for the citizenry. Which speaks to the Congress ethic that those in custody of state organs and institutions including corporations own and can do with them as they like, ironically show-cased here by one who also caricatured Moleleki’s expose of the same as hypocrisy.

On Monday (20/3/2017) the prime minister told the nation through state television that the Public Finance Management and Accountability Act (PFMAA) allowed government to draw limited monies from the Consolidated Fund if it looked like a year’s Appropriation Act (budget-approving law) wouldn’t pass before the beginning of the financial year – which he said it could do while parliament remained dissolved; but do the Constitution and the PFMAA’s statements that parliament may “make a provision” for such to happen, not mean it must be there to so do? The prime minister’s political advisor Dr Fako Likoti has suggested that by “provision” the constitution contemplated the act; but the act being constant while the provision is ad hoc, could the act not be meant to facilitate execution of the ad hoc measure only each time parliament had so determined? Some have found comfort citing precedents at variance, but two “wrongs” do not make a “right”.

Contrary to the minister’s charges of opposition cruelty to the poor, its imputed malignant though misguided intent and hope to shut down government business, which they say is a dream – that is exactly why democracy is an eternal crisis, requiring continual engagement within narrow corridors of rules! Dr Likoti rehashed his mantra that a government shut-down or lockdown was a wild dream in the Lesotho context, to which former principal secretary and planning minister Dr Moeketsi Majoro retorted that there was always a first, like the recent successful no-confidence resolution against the government. So passionate was Dr Likoti, he even warned Dr Majoro and the public that it was treasonable to keep repeating there could be a lockdown.

The prime minister also raked in an impertinent contention that government didn’t change in parliament in 1997 (from BCP to LCD) and in 2012 (from LCD to DC) because prime ministers left their parties and formed new majority parliamentary parties, thereby retaining premiership. While this seeks to assuage guilt of not handing over power after no-confidence resolution; it is a truism that our government is named after a majority party, not premiership because our premiers are not directly elected. From insisting that government still exists after the motion, Dr Likoti contends that the “Lesotho system” allows cabinet to make laws in the absence of parliament (on Ts’enolo FM, 21/3/2017). On the same platform Dr Likoti is able to protest that cabinet, not parliament, owns national finances because it is cabinet that raises, mobilises, pools, and deploys financial resources on its own well-thought priorities and parliament only enters to check if cabinet stuck to its commitments.  Parliament is equivalent of hired external auditor here.

The premier also took time to divulge for the first time that he “advised His Majesty King Letsie III to dissolve the parliament in accordance with Section 83(1) and (83(4)(b)”; whereas we discussed(83(4)(b) in these pages as an omission clause, applicable only where the premier doesn’t approach the throne with whatever suggestion, thereby  ”abandoning” the Crown to Council of State, and not the premier’s advice.  This equivocation lands the premier in a Machiavelian vice, where anything is morally acceptable as long as it gets you “there”!

Ministers Tšeliso Mokhosi (LCD) for defence and Phallang Monare (DC) for police predictably took to the airwaves to falsify Moleleki’s claims of politicization of the security sector, by ironically reminding him of his ministerial oath, challenging him to produce cabinet minutes to the effect, and produce the beneficiaries and families and their party affiliations – despite activists openly boasting of the same and a court affidavit of a senior DC minister’s aide. Minister Mokhosi said to a media question that the self-exiled soldiers would soon be home, but no date could be fixed or announced because they were soldiers “and here we are talking about national security” – after all the release of “mutiny” detainees was treated in similar fashion.  But who exactly defines the essence and parameters of “national security”? Despite bringing the country to the brink, the ruling cliques who are simultaneously the handlers and clients of the self-willed security forces remain defining solutions; and their adversaries inexplicable won’t tackle him off the ball either.

These are not miscomprehensions of the system. They are building blocks for violating its founding principles by simply declaring individuals’ pronouncements superior to them, to prosecute wanton lawlessness; by persons accustomed to divining a particular reality and forcing others to live it out as their fate, and intermittently changing it as they please. Such was the essence of prime minister’s television spectre of this week. This project benefits from the convergences celebrated by Rakuoane (PFD) and Mathaba (NIP) above, happily living out life beyond distinctions of ideology and political identity except names, and feasting a nihilist unity of purpose on their ashes.   As usual, our battles are named but not fought. Today’s prophets are tomorrow’s villains; and vice versa. 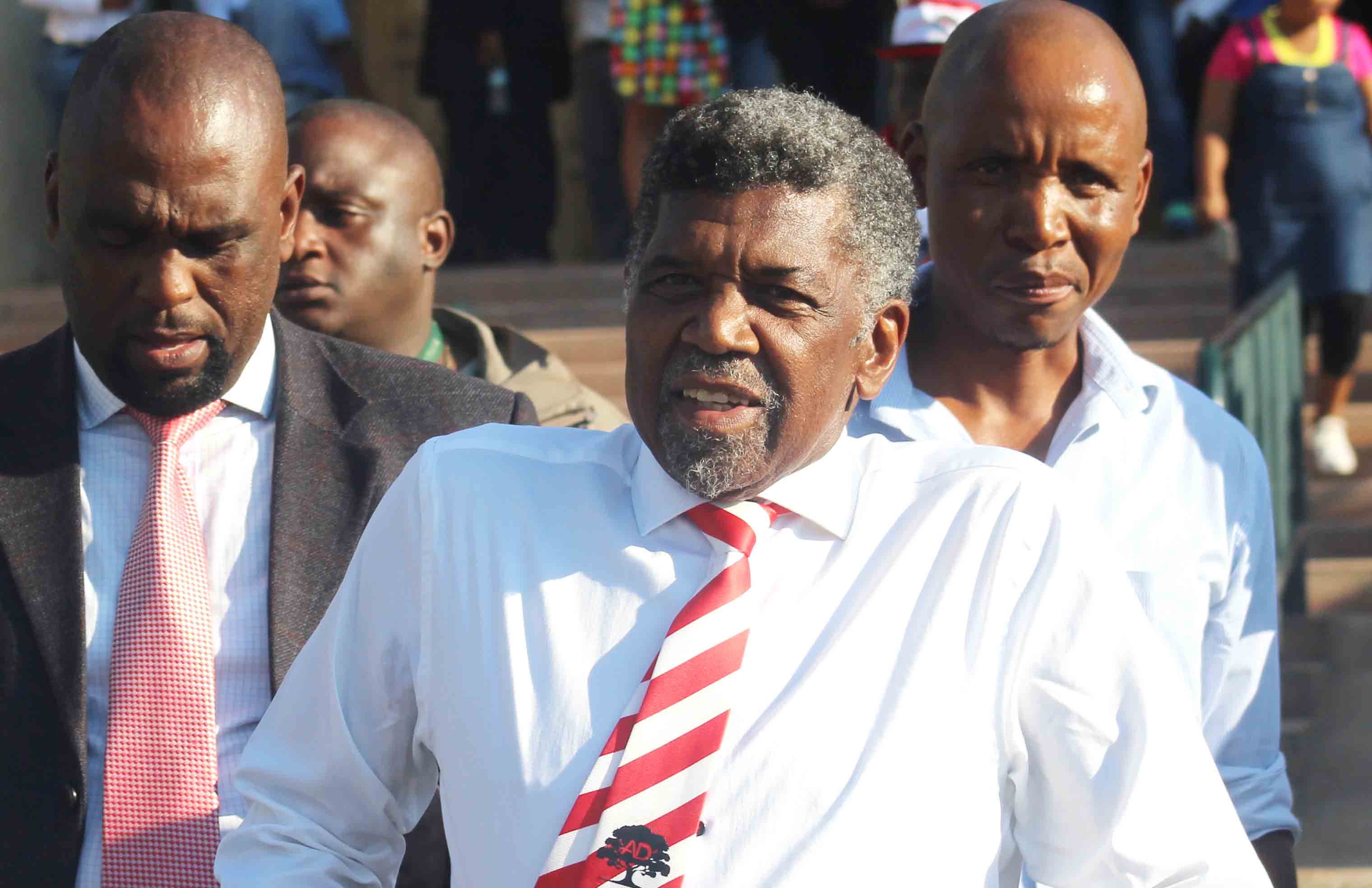 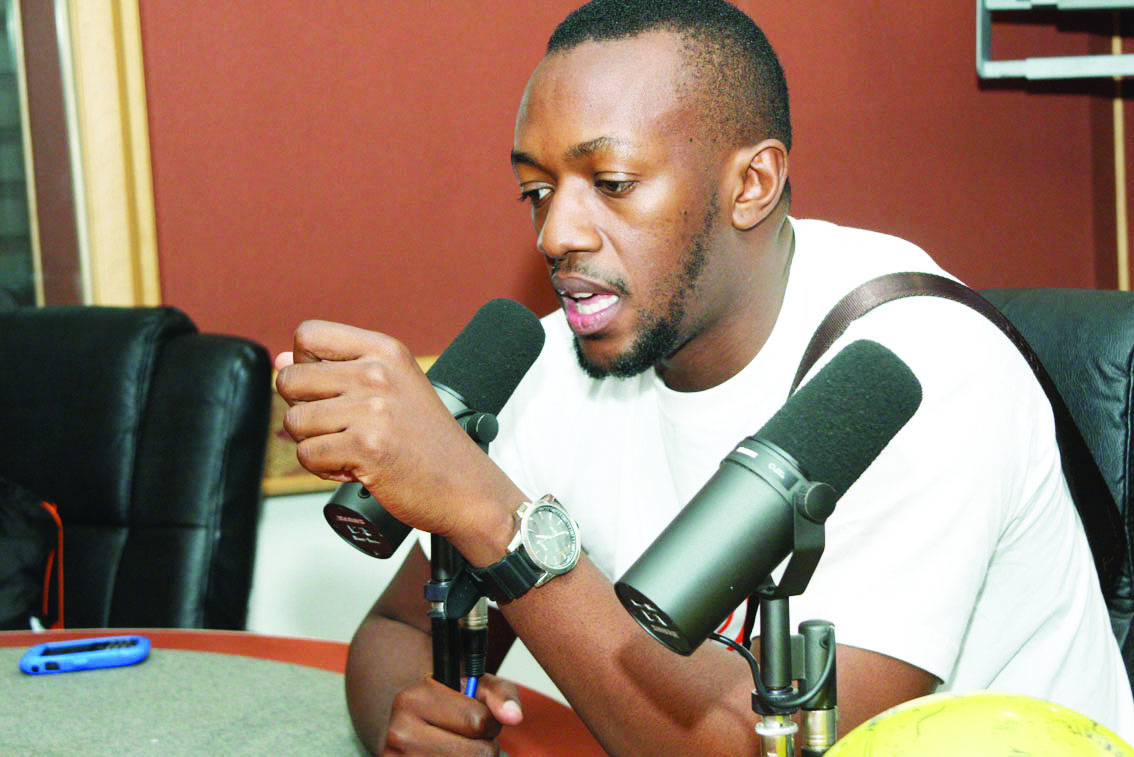