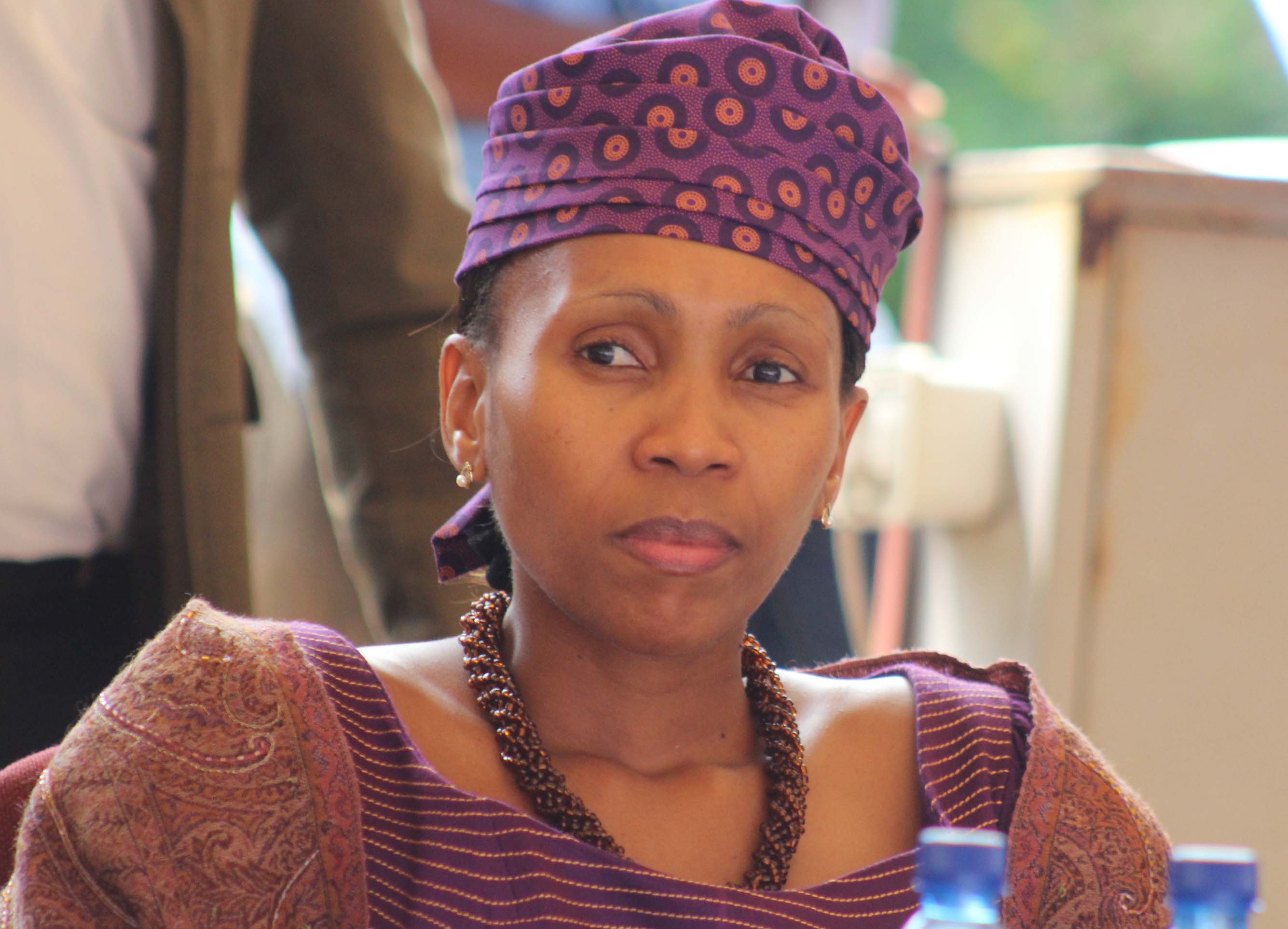 QUEEN ‘Masenate Mohato Seeiso on Monday launched World Vision Lesotho’s (WVL) five-year strategy which seeks to better the lives of 550 000 most vulnerable children among other objectives.

The launch ceremony was held at a Maseru hotel and attended by Education and Training Minister, Dr Mahali Phamotse, and her Agriculture and Food Security counterpart, ‘Mapalesa Mothokho, as well as church leaders and development partners among others.

In her keynote speech, Her Majesty said all stakeholders, including government, communities and development partners, needed to join forces to ensure vulnerable children were protected and able to access quality education.

“We need to design a framework to be better able to assist vulnerable children and orphans in terms of their welfare and education needs. I, therefore, urge all of us to work together to save our children who are the future of Lesotho,” said Queen ‘Masenate Mohato Seeiso.

“I have personally made a commitment to work with WVL and the Ministry of Education and Training in initiatives to promote the education of vulnerable children. Only with education can we can see a better future for all our children.”

WVL National Director, Pauline Okumu said the 2016-2020 strategy would impact the lives of 550 000 most vulnerable children, who are 76 percent of the total population below the age of 18.

She said the strategy was also aligned with the recently approved Sustainable Development Goals whose objectives are to end poverty, protect the planet, and ensure prosperity for all.

Outlining WVL’s achievements over the last three years, Ms Okumu said 72 248 boys and girls benefited from such projects as construction and rehabilitation of schools, establishment of libraries, bursaries and learning materials among others.

“These efforts not only led to an increase in the proportion of children enrolled in schools, but also improved performance,” she said.

“In spite of these efforts, we still have gaps that require to be addressed such as the fact that only 65.5 percent of pupils reach the last grade of primary school (seventh year) and qualified teacher to pupil ratio is 1:50 as compared to the country standard of 1:40.”

WVL’s priority interventions in the education sector, Ms Okumu noted, would include improving access to reading and learning materials in schools, training teachers on inclusive education to improve functional literacy of vulnerable groups such as herd boys.

In the health sector, she said the humanitarian aid organisation had managed to reduce stunting from 39 percent to 35 percent and increased coverage of essential vaccines among children from 63 percent to 70 percent.

“However, the infant, child and under-five mortality rate remains at 59, 27, and 85 deaths per 1000 respectively and only 51 percent of the population have access to improved sanitation,” said Ms Okumu.

“Lesotho also has the highest HIV prevalence rates with 23 percent of the population living with HIV. New infections stand at 19 000 per year.”

She said WVL’s priority interventions in the health sector would include strong community advocacy, sensitising and mobilising faith communities to respond compassionately to issues related to HIV, gender equity and gender-based violence, maternal and child health, and child protection.

“We will also support and improve social and psychosocial services for children and families with HIV-infected children as they develop and age,” said Ms Okumu.

In the food security sector, she said 105 316 households were supported in initiating income generating projects such as piggery, poultry, crop production, bee keeping and fishery.

“With support from the World Food Programme, 91 032 people, out of whom 9 510 were vulnerable children, benefitted from the food aid programme.”

However, she noted that 23.6 percent of the population were still food insecure.

“The domestic cereal production covers only 32 percent of the national average cereal need and 70 percent of the cereal consumption is imported from South Africa.”

Ms Okumu added that they would work towards the establishment of a children’s parliament.

“Such a body would create a platform for young people to air their views freely on issues that concern them and also to sensitize different sectors of the society on policy gaps,” she said, adding that they would partner with government ministries, development partners, and other local stakeholders in their initiatives.

‘I was not there when she needed me most’