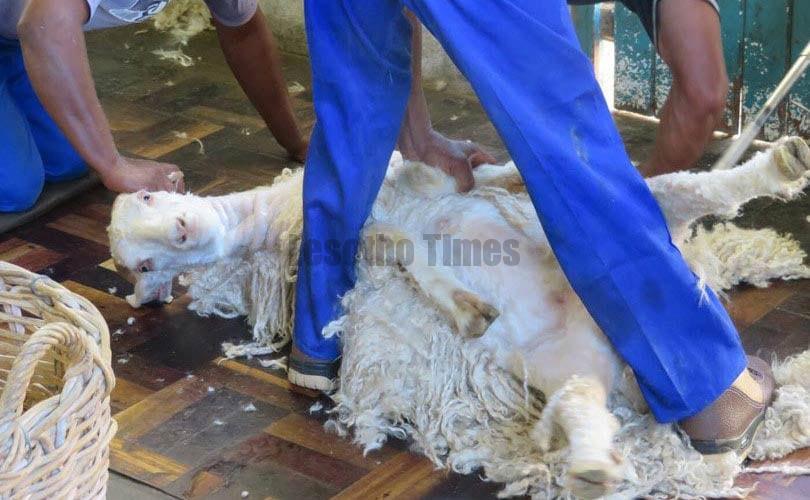 THE High Court yesterday released prominent Mokhotlong wool and mohair farmer Khotsang Moshoeshoe, who was recently arrested for allegedly contravening Sections 23, 74 and 84 of the Penal Code Act of 2010 which criminalise behaviour that breaches the public peace.

Three weeks ago, Mr Moshoeshoe barred Minister Mapesela for closing some shearing plants as part of the government’s crusade to force wool and mohair farmers to adhere to the Agricultural Marketing (Wool and Mohair Licensing) Regulations of 2018 which have roundly criticised and resisted by the farmers.

The regulations forbid anyone to trade in wool and mohair without a licence obtained from the Ministry of Small Business, Cooperatives and Marketing.

Mr Moshoeshoe was filmed having an altercation with Trade and Industry Tefo Mapesela and was arrested a fortnight ago.

Mr Moshoeshoe was released on bail a day after the High Court declared that his detention at the Mokhotlong Police Station was unlawful.

“Ntate Moshoeshoe appeared before the Mokhotlong Magistrate Court today (yesterday) and was released on M2000 bail. However, he stills remains at the hospital,” a close family member told this publication yesterday.

Mr Moshoeshoe spent most of his detention at the hospital after he fell ill following his arrest. He was released yesterday falling a High Court order that he be released from the police detention.

“A rule nisi be and it is hereby issued and returnable on the 22nd October 2018 court calling upon the respondents to show cause why an order in these terms shall not be made absolute; that the applicant be allowed to more freely to South Africa to seek medical treatment at his own personal expense,” read the interdict issued by High Court judge ‘Maseshophe Hlajoane.

Alternatively, Justice Hlajoane ordered that the applicant be taken to South Africa to seek medical treatment at the expense of the state if his detection is continued.

She also declared Mr Moshoeshoe’s police detention from 2 to 8 October 2018 unlawful and that “subsequent upon granting of prayer c) the applicant be released from police detention”.

Mr Moshoeshoe, who was arrested and detained at the police station on 2 October, stands accused of contravening Sections 23, 74 and 84 of the Penal Code Act of 2010 which criminalise behaviour that breaches the public peace.

Section 23, subsection of the Penal Code states that “a person who counsels, procures or incites another to do any act or make any such omission of such a nature that if the act were done or the omis­sion were made, an offence would thereby be committed, commits an offence”.

Section 76 (1) stipulates that “a person who, with a number of other people, come together in an unlawful gathering with the intention of defying or subverting the authority of the government of Lesotho… commits an offence of sedition.

Section 84 states that “a person who, in a public place, uses obscene, abusive, threatening or insulting words or behaviour or otherwise conducts himself with intent to pro­voke a breach of the peace or in such a manner that a breach of the peace is com­mitted or likely to be committed, commits an offence”.

Another massive gem recovered at Letšeng

Govt to act on ghost workers