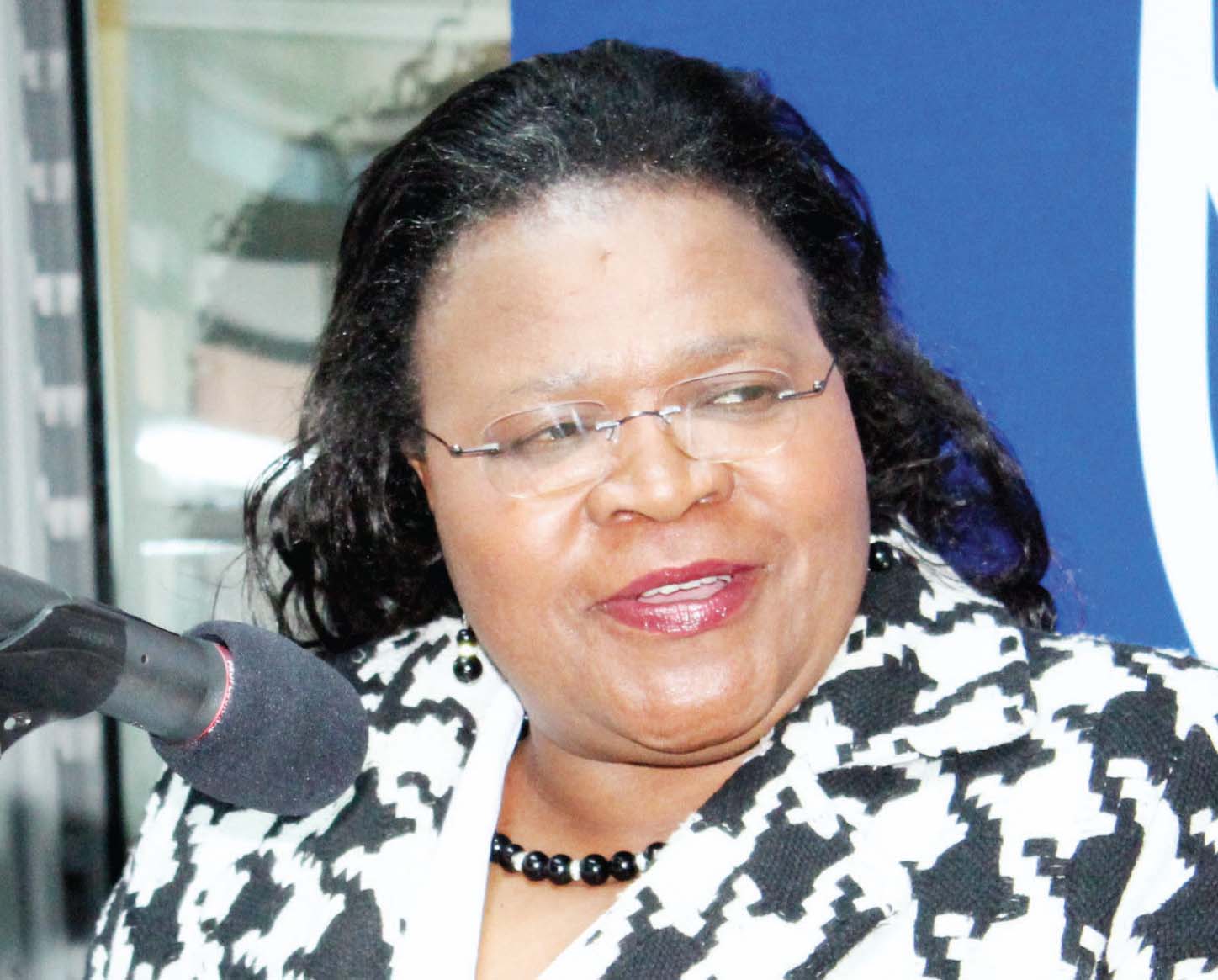 Deputy Finance Minister  says all it takes is unity for Lesotho to have its first female premier.

The Deputy Minister of Finance, ‘Matšepo Ramakoae, has called on women to unite and work towards electing Lesotho’s first female prime minister.
Ms Ramakoae — who is also the All Basotho Convention (ABC) Member of Parliament (MP) for the Matsieng Number 45 Constituency — told the Lesotho Times in a wide-ranging interview this week that Basotho women have the capacity to occupy the highest office in the land and only need to support each other to realise their full potential.

“We have many women of high integrity in both parliament and business, and indeed many other sectors of our society, who have the capacity to hold such senior positions in government.
“For instance, women who are already in politics have demonstrated their intelligence, courage and resilience. By making it into parliament, they have shown that they also have leadership qualities that appeal to the grassroots, hence their election into the National Assembly. Society at large should, therefore, not underestimate how far we can go as women, but only if we are to unite,” she said.

However, Ms Ramakoae said it was unfortunate that despite this “great potential”, women have failed to organise themselves, support each other, properly align themselves and take themselves seriously politically.
“I don’t think we have gone that far in terms of seriously talking about it and doing something about it, to help each other understand what we can achieve if we work collectively.
“I am not convinced that women in other political parties could be seriously speaking along those lines and asking ourselves that as women, what could be stopping us from achieving more.
“It’s a sad situation especially if we consider that we have more female than male voters, yet we cannot vote ourselves into those top positions because we generally don’t believe in ourselves.”
According to Ms Ramakoae, the way people grow up, as well as culture, play a key role in the way society perceives how far women can go politically.
“Many women are victims of these social factors and do not believe they can also occupy top positions in government.”

Ms Ramakoae further said while the idea of becoming prime minister could fleetingly pass through some women’s minds, it is clear that it has not led to anything serious.
“There are many factors stopping the majority of women from actively participating in high-level politics, among them lack of funds to run successful campaigns.
“In this country, for a woman to get into politics, she would have taken a bold step. This is because when you decide to get into this game, you are on your own. You will have no funding and as women, we tend to weigh what is more important between family and investing in politics at the expense of your children’s education and wellbeing.
“So the economic aspect is a major factor when women look at their options and analyse every aspect of their political careers based on the finances required to go all the way.
“Mobilising all the structures that would lead to a successful campaign costs a lot of money.”

According to Ms Ramakoae, funding mechanisms at various levels should be found to help “level the playing field” and allow the full participation of women in politics.
“Although the reality of the matter is that most political parties are financially limited, I think it is at that level where financial support should be given to women who have the capacity to be leaders.
“Women with a bit of money within party structures could also pool their resources together to support a single colleague that they feel would have immense capacity to represent them at a much higher level.”
Other efforts needed to enhance the chances of women to make it big in politics, she added, are through building their capacity to grasp various political and developmental issues.
“There should be some means to channel more education towards women, especially those already holding ministerial positions, in order for them to aspire to go further than being cabinet ministers.
“Although a good number of women are well-educated, there are also other various levels of understanding needed to help them participate actively both locally and internationally.”

Ms Ramakoae further said, on the other hand, women should also be ambitious enough to advance themselves through various distance-learning institutions.
“At the same time, our local universities could also organise part-time courses on governance, economics and development in general, to complement such distance-learning efforts,” Ms Ramakoae said.
She added female ministers should also strive to be more competitive and take the demands of their portfolios seriously, in order for the electorate to see how they would measure-up in the event they become prime minister.
“We should not let down the people who made us, and elected us into office. We should be more competitive to earn people’s trust and also pave the way for the young generation of women that will come after us. But this can be achieved through being extremely competent in whatever we do.”
Ms Ramakoae further said women in decision-making positions in government also need education on how to manage a coalition administration.

The ABC, Lesotho Congress for Democracy (LCD) and Basotho National Party (BNP) formed a coalition government after the 26 May 2012 general election had failed to produce a single party with a majority number of seats in parliament to enable it to rule on its own.
ABC leader Thomas Thabane was subsequently installed prime minister of the new government on 8 June 2012.
“It is a fact that most of us lack deeper understanding of how to effectively function in this kind of a governance system.
“As a result, more training on how to approach various situations and cooperate with various stakeholders is needed for every woman
in a decision-making position to deliver effectively.”