Withdrawal from ICC would undermine justice 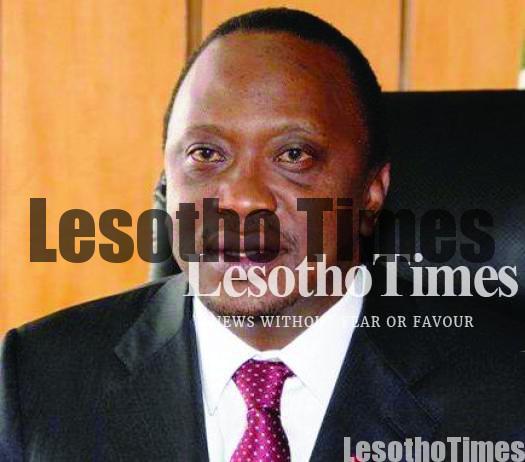 Small as she may seem to be on the map, Lesotho is among the few African countries that have taken a principled stand against the new wave which is seeing African countries considering withdrawing from the Rome Statute, the treaty that established the International Criminal Court (ICC).

African countries are meeting in Addis Ababa over the weekend to review their participation in the ICC, apparently in the wake of the contentious trial of Kenya’s President Uhuru Kenyatta and his deputy William Ruto, both accused of instigating violence during the country’s bloody 2007 poll.

There are by now up to 122 states which are party to the treaty that was adopted in 1998 to establish the court’s structure, functions and jurisdiction.

Under the treaty, the ICC can only investigate and prosecute the four core international crimes in situations where states are “unable” or “unwilling” to do so themselves.

Kenya’s leaders in 2008 initially agreed to set up a special tribunal to try cases related to the post-election violence, which claimed more than 1 100 lives, destroyed livelihoods, and displaced more than half a million people.

But efforts to create the tribunal or move cases forward in ordinary courts failed.

The ICC prosecutor then opened an investigation, as recommended by a national commission of inquiry set up as part of an African Union-mediated agreement to end the violence.

Now Kenya is putting governments in an awkward position by pressing for action to avoid the ICC’s cases while having failed to avail itself for the court’s procedures to authorise such a move based on credible domestic investigation and prosecution.

Therefore it is hard to see how the same ICC can be accused of targeting Africans.

Recently Ethiopia’s Prime Minister Hailemariam Desalegn spoke as the rotating head of the African Union about discontent with the ICC and its perceived targeting of African leaders.

“Unfortunately, the manner in which the International Criminal Court has been operating left a very bad impression in Africa.  Instead of promoting justice and reconciliation and contributing to peace and stability, it has degenerated into a political instrument targeting Africa and Africans.  This is totally unacceptable, and that is why Africa has been expressing its serious reservation against the ICC,” said Desalegn.

We recognise that international justice currently operates unevenly across the globe. In some situations, powerful governments are able to shield their citizens and the citizens of their allies from the ICC’s authority by not joining the ICC or using their veto power at the Security Council to block referrals of situations to the court.

However, we feel the ICC is an important institution that carries hopes for the majority of ordinary people to get justice in situations where countries are ruled under unjust systems. We also think, ICC’s work so far, if not its mere presence, is deterrent enough for Africa’s strongmen who over generations have perfected intolerance to dissent in the mistaken belief that they are small gods.

The work of the ICC should not be beyond scrutiny and improvement, but withdrawal would risk grave consequences of undermining justice in Africa.
It is against this background that a summit will be taking place over the weekend in Addis Ababa where African states will likely come up with a common position on the ICC.

It is comforting to see a few voices of reason from our southern Africa region.

Botswana has been a vocal proponent of the ICC in the face of recent attacks on the court when many other African ICC members have remained silent. Lesotho expressed strong support for the ICC, and it should reaffirm that support at the Addis Ababa summit. Mauritius also adopted legislation to implement the ICC’s treaty domestically in 2011, putting it in a good stead to express strong support for the court at the summit.

Our view is that African countries should assist the ICC to expand justice delivery and not stifle an organisation they were so instrumental in forming.

Any withdrawal from the ICC would send the wrong signal about Africa’s commitment to protect and promote human rights and to reject impunity, as reflected in article 4 of the AU’s Constitutive Act.

For this reason we hail Lesotho’s ability to transcend the din of populist rhetoric that has come to characterise many among the continent’s leadership.

The tendency of our continent’s leaders to want to uniformly vote as a bloc on everything is precisely the reason why Africans are not respected by the international community on crucial matters.