Will the new govt last the distance? 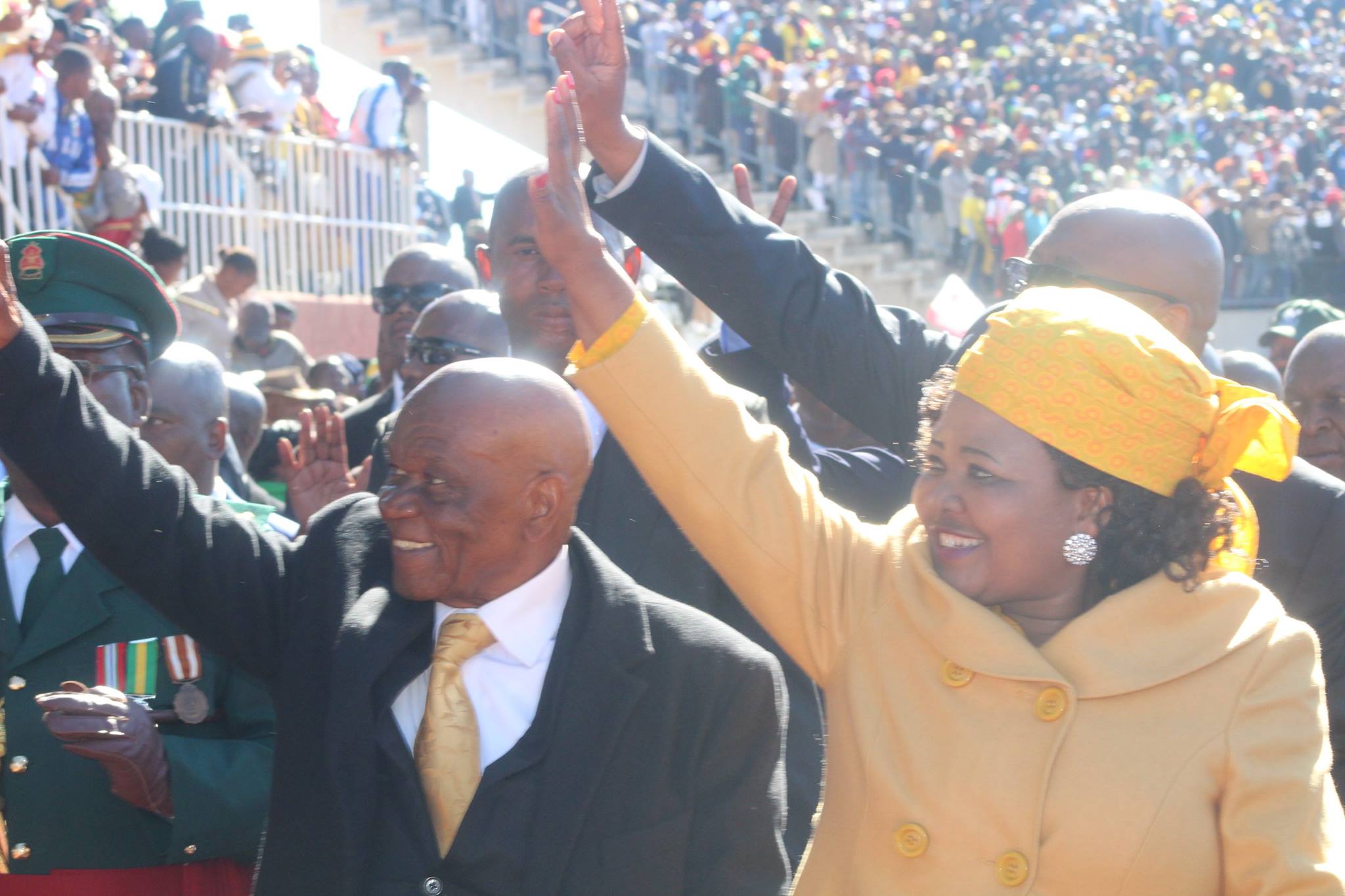 LESOTHO now has its third government in five years after the previous two failed to last the distance. For the new government to work, there is need for a paradigm shift among political leaders from being egocentric to becoming selfless. This opinion piece underlines some of the pitfalls of the previous coalition governments. It remains to be seen whether the members of the current one will reflect on them to ensure they last the full five years.

Since the establishment of the mixed-member proportional voting system in 2002, the pre-elections political situations have determined the results of the polls.

In 2001, the Lesotho People’s Congress (LPC) broke away from the Lesotho Congress for Democracy (LCD) with 27 members of parliament crossing the floor to the opposition side, just a few months before the 2002 elections. The LPC gained five seats; one constituency and four proportional representation (PR) seats in the 5th parliament.

Likewise, in 2006 the All Basotho Convention (ABC) was conceived in the National Assembly through floor crossing with 16 members of parliament. In the 2007 elections, it gained 17 constituency seats (because it was among four parties that cheated the model). The 2012 pre-elections political rivalry between the LCD and the Democratic Congress (DC) led to the first coalition government formed by the ABC, the LCD and the Basotho National Party (BNP) which excluded the DC which had more seats in the National Assembly.

The 2017 pre-elections antagonism was between the congress parties (the DC, the LCD, the LPC and their sympathiser the Popular Front for Democracy (PFD)) and what I can call the progressive forces — the ABC, the Alliance of Democrats (AD), the BNP and the Reformed Congress of Lesotho (RCL)). Incidentally, this situation has perpetually determined the post elections alliances; the majority is commanded by the ABC led coalition, consisting of the AD, the BNP and the RCL with 63 national assembly seats.

The collapse of the first coalition government was catalysed by the defection of the LCD to the opposition side led by the DC. The disillusionment had existed internally mainly between the main partners, the ABC and the LCD, for a good two years and were exposed to the public when they no longer tolerated each other.

The LCD cried foul for the ABC taking its Senate seats appointees and the ABC did not deny the allegations. The implication of that feud is that it was the first step in the wrong direction. And the main question is whether it will not be repeated? Among some of the ABC senators were some whom one could not comprehend why the ABC could risk considered a dishonest partner for their sake as they were never made government ministers nor played any significance role for being in the upper house. What value did they add to the party remained a puzzle even today!

In the second coalition government, there was a problem with the nominations of seats in the upper house as it took the coalition parties more than three weeks to agree on the list of 11 members. The major question was whether there is agreement about the number of seats each party is supposed take?

Apparently, the government uses the Senate seats to compensate those who lost out in the national assembly seats. The performance of the other three coalition partners (the AD, the BNP and the RCL) was underwhelming, hence there are more people to appease. Failing to appease deserving party stalwarts is a recipe for disaster.

Political leadership is directed by collective decisions made by the representatives. Decision making can be reached by consensus and this does not necessarily mean absolute agreement by all, but requires some level of understanding and acceptance of differing views. However, that seemed to have changed after two years of the first coalition government. Dr Thabane was accused of non-consultation by his then deputy Mothetjoa Metsing. This emerged when the prime minister advised the king to prorogue parliament after a motion of no confidence was proposed against his government. The accusations made by the deputy prime minister lacked genuineness because the prorogation was made in line with the constitution of the kingdom. It was a flimsy excuse to justify his defection from the coalition government to form a new pact with the opposition parties. Collective decision making does not require one partner to consider oneself more important than others but working for the common good and realizing the need to work together without threatening to pull-out of the coalition. In this case, BNP leader Thesele ‘Maseribane rejected the claim of non-consultation made by the LCD but indicated that the allegations were meant to divert from the fight against corruption. It remains to be seen once more whether the prime minister will be able to cement unity of the coalition parties.

One of the weaknesses of the first coalition government was a very slender margin of seats the government had over the opposition which was exactly 61, which rendered it vulnerable when it later lost two constituency seats from the ABC MPs. Apart from the two seats that were lost, the LCD had its own vendetta of non-consultation as discussed above against the rest of the coalition partners and as such the government was in limbo. If issues were to be passed through voting the government would certainly lose.

On the other side, the second coalition government suffered a greater self-implosion when some members of the DC were disillusioned with the decisions of the government. The main issue of contention was on the Bidvest fleet contract. They attempted to withdraw the DC from the coalition government but party leader Pakalitha Mosisili and his cronies rejected the move.

The first experimental coalition government had absurd ministerial responsibility and skewed strategic ministerial distribution towards the LCD. Ministerial responsibility requires the government to take the blame for all the wrongs and credits for all the successes; but in that case each coalition party took the negative or positive effects in its own ministry. Worse still, the negative aspects were discussed in the media by supporters of the parties and even the leadership lambasted each other in the political rallies. The later ambiguity was the distribution of ministries; the LCD took the majority of the politically strategic ministries that offered services to the ordinary people. It seemed each party used each ministry for its political gain instead of service delivery.

In the second coalition government, reshuffles began in the DC when it seemed the internal clashes between the two cliques ‘lirurubele’ and ‘lithope’ (misses) were irreparable. The lirurubele were no longer loyal to the DC leader and prime minister.

The speaker of the house

The selection of the speaker of the national assembly and his deputy is also a critical position for government to retain its power against the motion of no confidence and other technicalities that may expose the government whenever it falls short of the majority. In 2011, the DC’s retention of power after the split from the LCD was secured by the speaker, as she did not allow any voting but declared the numbers of those in government without floor crossing and voting actually taking place. However, the motion of confidence was fast tracked to solicit legitimacy of the regime, doubted to be minority. Eventually the confidence vote gained majority.

The era of coalition governments has created a precarious political for political parties whereby they are unable to control their legislators occupying constituency seats since they can cross the floor at any time. As a result, the legislators have the leverage in demanding ministerial positions. Recently, ABC Berea district legislators expressed their dissatisfaction with only having one minister out of nine MPs. Also the surprise of the DC MP for Semena constituency to be sworn-in as a minister for Development Planning is a clear indicator that the MPs have the ability to bargain for their interests.

The electoral model and the absence of political party formation threshold encourages proliferation of political parties. The number of political parties has risen dramatically in the period from 2002 to 2017 as compared to 1993 to 2002. Currently, there are 30 parties and 22 of them had been formed after the present model was tested. We should note that there were about eight parties that the Independent Electoral Commission deregistered because they could no longer satisfy the requirements to operate as political parties. The major question on this issue is whether the current government will be able to make reforms that address such weakness? The longer it takes to amend such laws is the faster it would take to collapse.

The current coalition government is faced with the mammoth task of satisfying the Basotho nation, the foreign business sector, the development partners and the international community. Ideologically, there are no extreme differences among the four parties. The greater challenges lie in the implementation of the SADC recommendations, managing inter-party relations and client party politics and implementing reforms. One thing I know for sure is that should the elections be held earlier than the five-year term, the electorate’s turn-out will drop drastically due to loss of trust in the process.

Mr Hlalele is the programme officer at the Transformation Resource Centre.

How to ensure access to justice for women in Africa