‘We strongly advocate for gender equality’ 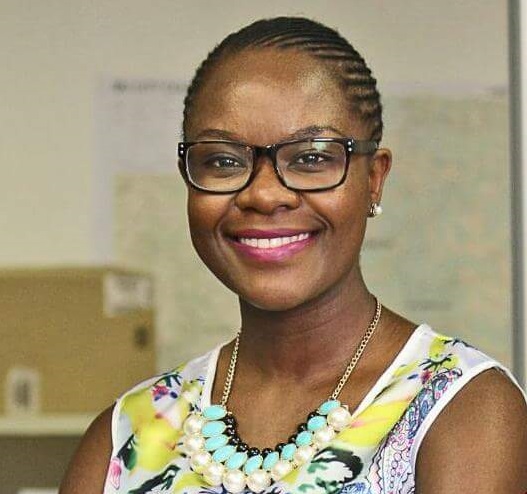 Vodacom Lesotho this week lined up a series of events in celebration of International Women’s Week.

Advocate Ramonene recently assumed her position as Head of the Human Resources Department after she took a bold move from the company’s legal unit. She explains her inter-departmental movement and general experience with the leading communications company.

LT: Firstly, please could you tell us briefly about your journey with Vodacom, from the time you joined the company to where you are today.

Ramonene: I joined Vodacom in March 2013 as the Anti Money Laundering Manager, in the Legal and Regulatory Department. As a curious person, I wanted to diversify and gain knowledge on business end-end and thus made a lateral move to a human resources environment. I joined the HR (Human Resources) Department in November 2014 as a Senior Human Resources Business Partner. I was confirmed as Executive Head of Human Resources from 1February 2016.

LT: Please highlight some of your experiences working for Vodacom.

Ramonene: I think one key aspect that I would like to highlight is Vodacom’s unique company culture. I think beyond our powerful brand, we’re a company with a very vibrant culture and high performing culture; a company made up of young people who are very talented and driven. Our culture revolves around treating one another as a family and putting customers at the center of everything we do. It’s a place where you are allowed to be your own person. For me, it was quite enlightening to be part of this phenomenon and distinct environment where you are able to be yourself and unleash your potential. It’s one of those environments where you are always and constantly being given an opportunity to say ‘how well can you do in a certain area, and to stretch yourself beyond your normal capabilities’. That’s why I am where I am today. Vodacom is also a technology environment. Of course, we all know that technology as an industry, is a male-dominated arena, but the company has a lot of solid policies and initiatives to ensure there is diversity and inclusion within our workplace.

LT: On that note, you play a significant role, as the Head of HR, in terms of employment and deployment of both men and women in balance. How do you manage this?

Ramonene: It’s a challenging task, but one that I believe is very achievable. We are positive and ambitious that at one point we will be able to say that we have achieved our goal of gender-parity in the workplace.  As I mentioned, our vision, especially as HR, is to ensure that we don’t only motivate but also develop and empower women within the workplace. As a company, we strongly advocate for gender equality and women empowerment in the workplace and in the community backed up by clear, bold and solid policies on diversity and inclusion.

LT: With regards to International Women’s Week, we are aware that you have prepared some events to embrace women. Could you tell us about these initiatives?

Ramonene: For International Women’s Week, we have a structured plan outlining how we are going to recognize, embrace and commemorate the week. Currently the campaign that we are internally pushing is called HeforShe, which is a global solidarity movement that calls upon men and women to take action and advocate for gender-equality to ensure their mothers, wives, sisters, daughters and other women in their lives have more empowered futures. The movement for gender-equality was originally conceived as a struggle led by women for women. However, in recent years, men all over the world have begun to stand-up and address the inequalities and discrimination faced by women and girls.  Vodafone and Vodacom have committed to support the campaign and have pledged to sign up 100,000 employees worldwide to make the HeForShe Commitment and contribute to the one billion United Nations target.

Beyond that, last year we introduced a new maternity leave policy, which is recognized as one of the most progressive in the world. Vodafone and Vodacom implemented this with the intention of us demonstrating that as a company, we support the work-life balance and realise the importance of women in the workplace as well as the family commitments they have. The new maternity leave policy grants four months fully paid maternity regardless of one’s position, the entitlement goes beyond the statutory requirements. The policy also provides for full pay for a 30-hour week for the first six months of nursing hours after their return to work. We are also cognizant of the fact that families are not only made up of women thus we also introduced a five-day fully-paid paternity leave for male. This is also a milestone we are proud of as a company.

As earlier mentioned, we appreciate people for who they are, we do celebrate the fact that beyond you being a Vodacom employee, you are also a member of the society. So we have what we call the Women in Red Awards. These awards have been introduced to recognise women who go the extra mile to give, on their own accord, a helping hand or any support or guidance in the community. They are women who are very passionate about giving back to the community. The winners of the award would obviously have someone motivating them to make that extra time to be doing such a phenomenal job outside Vodacom and therefore a mentor is also recognized for their guidance and support. The Women in Red winners are not only recognised in Lesotho, but worldwide where Vodafone and Vodacom operate and in total, 100 women and their respective mentors are awarded.

Furthermore, we have nominations for intelligent and dynamic female engineers within the company  whose achievements we celebrate. The recognition of individuals’ personal efforts is extremely important and Vodacom encourages the culture of recognition as we believe it builds confidence and drive within women in the company, and for that matter, for all staff that aspire to assume senior executive leadership positions in the future.

LT: What about the women outside Vodacom? Do you also recognize and celebrate them?

Ramonene: We do, indeed. There are a number of initiatives we have in place to celebrate women outside Vodacom’s workplace. The first is the mWomen Entrepreneurship Programme, launched to empower women in the community. In partnership with UNDP (United Nations Development Programme), the programme was launched in November 2015 with the mandate to support women societies in the community. Vodacom gave retail containers to six different women societies across the country for free and together with UNDP, ensured the women received financial and business training to enable them to successfully run their new container businesses. The motive was to support Basotho women be financially independent and have the expertise to operate a sustainable business. We need to see more local women contributing to the economy of the country through entrepreneurship.

The second initiative we engaged women in was AFCHIX, an Engineering Workshop for women in technology that is hosted annually in various African countries. In 2015, the workshop was hosted by Vodacom Lesotho and LCA (Lesotho Communications Authority), in partnership with the African Network Operators Group. The aim of the workshop was to give the female engineers participating the ability to install, upgrade and secure the LINUX operating system and associated functionalities. The overall goal of the workshop was to create a vibrant network of African Women in Computer Science and related areas for the purpose of supporting each other. Over 30 young Basotho women participated with well over 50 percent of those not being Vodacom employees.

LT: Are there any other Vodacom supported women initiatives in the community?

Ramonene: We have the Women in Resistance Exhibition. The Women in Resistance was a traveling exhibition, which was originally displayed at Alliance Française and was dedicated to women around the world who exist, resist, argue, survive and rebuild. Vodacom mWomen sponsored 12 portraits of ‘women in resistance’ in Lesotho to be added to the exhibition. Subsequently, we ensured each of the women’s inspiring stories was translated into Sesotho and Her Majesty Queen MaSeeiso officially opened the exhibition in Morija where it is formally housed at the Museum. Currently, Vodacom is sponsoring local students in Morija to be taught photography and writing skills through our partnership with The Hub, which they are then using to add portraits of ‘women in resistance’ in their local communities to the Exhibition. The additions shall be formally added during the month of March 2016 and will showcase stories of empowerment and inspiration of women in the Morija precinct.

LT: What about the issue of gender-based violence? What does the company say about this scourge?

Ramonene: Vodacom stands firmly behind the campaign to end violence against women and girls. We have continuously supported the Ministry of Gender and Youth, Sports and Recreation by working with UN (United Nations) agencies and other NGOs addressing gender issues to eliminate violence against women and girls in Lesotho. We are also exploring an innovative new, technology-based approach to public safety, which has the potential to have a huge impact on crime in general, and gender-based violence in particular.

Seminar to teach models tricks of the trade

Basotho should be worried about Matekane’s party: Thotanyana