‘We have remained on top of the game’ 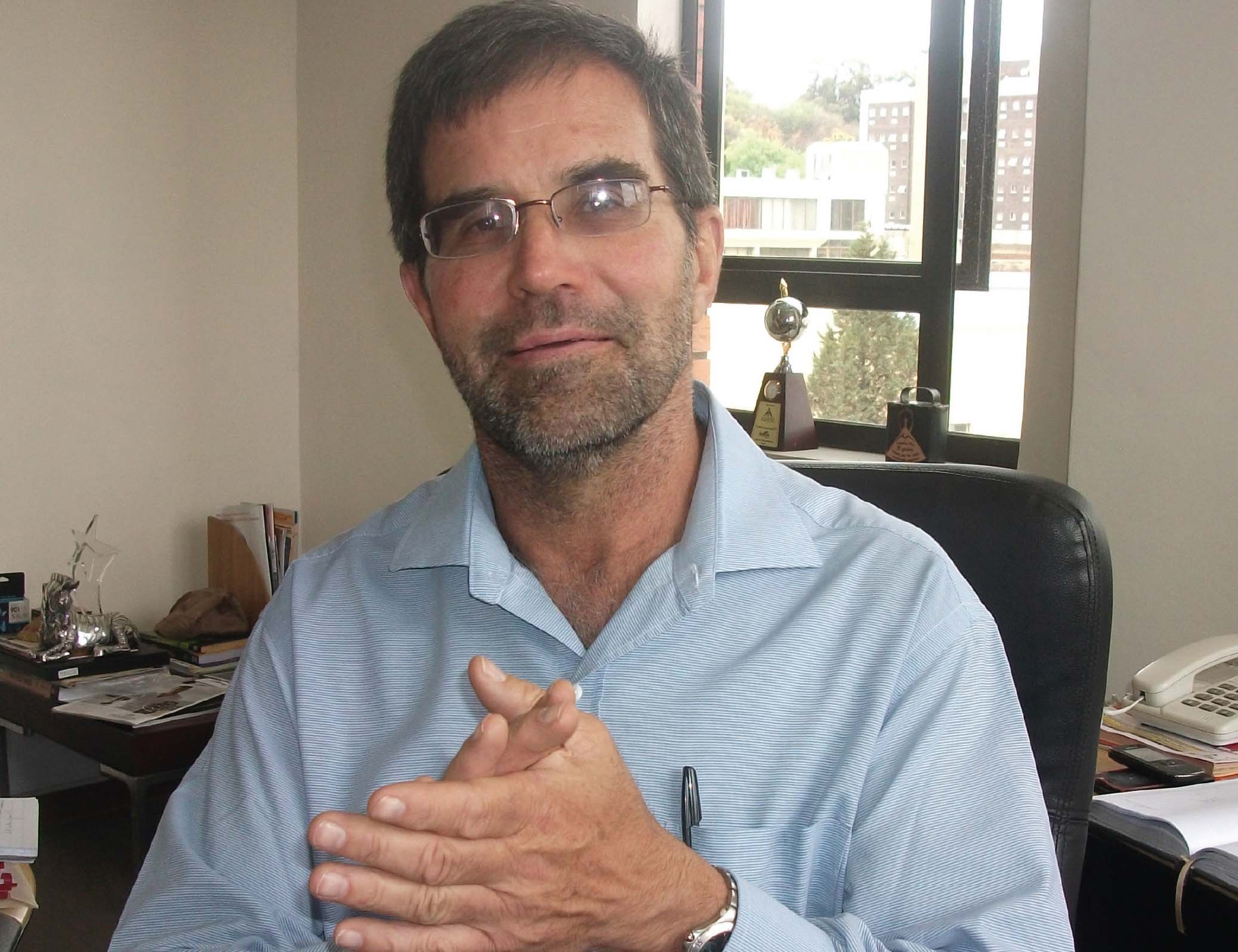 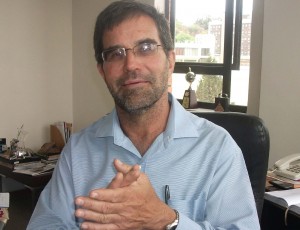 MASERU — An insurance policy is like the air you breathe — you don’t appreciate its real value until you are deprived of it.

The origins of the above idiom might be a subject of incessant scholarly debate, yet its import could not be any clearer as attested by anyone who has had the misfortune of being struck by an unexpected tragedy.

However, the sad reality is insurance is never prioritised in many households and even businesses — only for victims of incidents such as theft, road-traffic accidents and arson or runaway fire to rue their oversight when it is too late.

But as explained by Angus Yeats, the chief executive officer of Alliance Insurance Company Limited — whose company’s services are focused on the provision of short-term commercial and personal insurance, funeral cover, life insurance, and provident and pension funds — planning and investing for the future is critical if one is to have peace of mind.

The essence behind insurance policies, Yeats further noted, is to understand people’s needs at various times of their lives and be able to help them access services that are of utmost importance when they can be more vulnerable without such support.

This support in the form of insurance cover, he added, could mean providing financial assistance in case of road accidents and loss of valuable assets, helping in the commitment to various investments and ensuring that in times of bereavement, there is enough to ensure a decent burial.

According to Yeats, in the current dangerously volatile economic times, planning for the unknown should be a priority for every responsible adult.

“Many parents, for instance, are happy to watch their children grow but sometimes forget that one day, they would need to ensure their good education at a time when their financial situation might have changed for the worst,” Yeats said.

“On the other hand, some people establish small businesses and concentrate on growing them without making any investments for their recovery in case of accidents such as fire.

Risks and hard times are inevitable and unless people invest in various forms of short and long-term insurance, the impact of their loss would be immense.”

However, with fierce competition and many products in the insurance sector, Yeats said the public should clearly understand what is being offered and closely examine the benefits.

Taking funeral policies as an example, Yeats said his company had decided to offer more than just payoffs when death occurs hence its launch of “KoboAnela” Insurance Policy — a unique combination of family funeral cover and wealth creation — three months ago.

Not only does it offer growth potential on investment but it also gives clients the opportunity that in the unfortunate event of death, they will get a decent burial.

“KoboAnela allows our clients to invest for five years before they could harvest part of the money for needs that might include their children’s education or property development.

“At the end of the initial investment period, clients have various options, among which is to leave the money with Alliance for monthly funeral premium payments,” Yeats said.

He said this initiative was inspired by the understanding of the financial pressures some Alliance clients face, which at times sees them default in their monthly remittances.

Explaining the background of the company, Yeats said 20 years ago, a group of former managers of the bankrupt IGI Insurance Company came together and established Alliance Insurance Company.

The group, Yeats said, had realised the problems that had pulled down their former company, hence their decision to take a conservative route in their operations to allow more time for the firm to gradually grow and become more competitive and stable.

Without anyone to lean on in times of need, the team, however, soon came face-to-face with some gruelling challenges, some of which were similar to those that had led to the demise of their previous employer.

But this time wiser and more accustomed to the slippery terrain, the group  persevered and, according to Yeats, being independent made the company develop a culture of excellence in its execution of service.

“The principle here is that everything is done correctly, precisely and in accordance with the requirements of the regulator, the Central Bank of Lesotho,” Yeats said.

With such a professional approach towards business, the Alliance clientele systematically grew while its permanent staff also increased from 45 two years ago to the current 65, with an additional 100 plus agents.

“Despite some people’s lack of a clear understanding of what we stood for in the beginning, which was mainly based on myths and also lack of appreciation of the value of insurance protection, we have positioned ourselves as a reliable and trustworthy insurer in the market.”

Yeats attributed the growing trust in Alliance services to outstanding customer-care and difficulties some people have come across over the years or seen their friends and relatives go through after losing their uninsured properties or breadwinners.

Alliance also now works closely with various entrepreneurs in both the private and public sectors.

According to Yeats, the risk among business operators remains huge hence the wisdom in taking out insurance policies cannot be overemphasised.

However, Yeats said to remain relevant in the market, Alliance Insurance has focused its energy in understanding the needs of the people and how best to package its products.

“We are working on introducing new software that would improve customer service. Alliance is dedicated towards providing the best customer service and improving efficiencies to remain on top of the game and meet all emerging needs.

So far, we have remained on top of the game.”

Ensuring the company stays ahead of the pack has also created a perennial demand for continued staff trainings, Yeats said.

“We want our team to be able to work with various clients and provide products the people really need.

At the same time, we would also want to continuously work on a fair price basis and pay more attention to clients’ satisfaction.”

Yeats emphasised the need for continued initiatives, which he said are vital processes that have, so far, managed to revitalise Alliance structures.

“This has helped weather all economic challenges and ensured we remain ahead of our competitors.”

However, after focusing on short-term insurance for more than a decade, during when the company was a Short-Term Underwriter in the mining, engineering, construction, contractors’ guarantees and professional indemnity covers, Alliance Insurance has evolved to the diverse institution it has since become.

However, as the company gradually grew, management also learnt new survival strategies and understood that going the extra mile into the life insurance business would help diversify services in a great way.

This kind of growth (getting into life insurance) eventually came around 2004.

The growth also meant the company would have larger muscles to show its great strength and ability to run the business sustainably.

“We continue collaborations with reinsurance companies— entities that are a critical component of the insurance market,” Yeats said.

“They accept part of the risk in return for part of the premium and then share the claims in that proportion or in the profit of the written business.”

Yeats further explained that reinsurance provides capacity to the insurer to be able to accept risks that would normally be too big to accept.

However, over the years, the once Maseru-based insurance giant saw the demand for its services in some previously neglected districts.

Two years ago, the company opened branches in Maputsoe, Teyateyaneng, Hlotse and Butha-Buthe before they opened two other branches in Mohale’s Hoek and Quthing last year.

“We hope to open another branch in Mokhotlong next month.

“We are currently only providing life insurance in the new areas we are operating and later we will create systems for short-term insurance.”

According to Yeats, the idea of spreading their wings followed a realisation that some people who did not have insurance policies were simply unable to access the company’s services.

As a proudly locally-owned company, Alliance Insurance also recognises the need to play an active role in community life development by reaching out to different groups and organisations through various corporate social responsibility initiatives.

“This is made possible by our products which are geared towards reinvestment in communities to ensure everybody benefits from their alliance with us.