We are not civilized, after all! 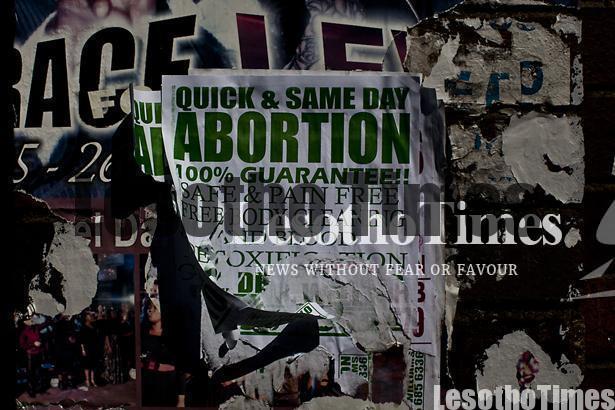 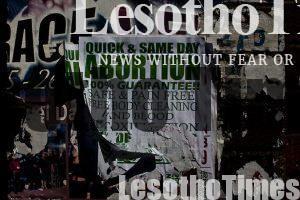 SCRUTATOR thinks present humanity in our epoch qualifies in that television series as one of the world’s dumbest bunch of the earth’s inhabitants.
It’s all very well for everyone, including the dumbest among us, to hold their heads high extolling how lucky we are to live in the cleverest era of the digital age, except we are the most gullible in the human species line.
What with the overdose of adverts by quark doctors in our media promising to work miracles overnight.
These self-styled miracle workers’ promises read like some happily-ever-after endings of the folktales Srutator read nearly two decades ago as soon as she could lisp the basic words from the Queen’s language.
Let me take you by hand through some of the adverts, especially in newspapers across our giant neigbour Mzansi, or RSA as the older Basotho among us like to call it.
Read this advert:
“The king of herbalist is back by popular demand to solve all your problems and sickness. Bring back lost lover within two hours. Mend broken marriages. Make your partner love you more. Protect your lover from cheating on you. Manhood enlargement to all sizes permanently. Luck for money. Get any partner you want. Short boys to bring money in your account or pocket.”

Sadly, it’s not a single once-off advert, it’s a daily presence in classified pages of some of our favourite papers in Mzansi. And before we dismiss this as another round of madness from a country which produced the jumpy Hellen Zille, the “machine gun” Jacob Zuma or “freedom fighter” Julius Malema; bear in mind we are part of these papers’ loyal readers.
So they have Basotho in mind.

Flipping through the pages, it gets worse and ominously closer home.
The popular advert is: “Cheap womb cleaning services and safe abortion”. I say the funerary gongs keep tolling too close to our borders in towns as close as Ladybrand.
It’s always easy to dismiss country folks as rural bumpkins, Basotho-sotho, who are not streetwise, but what about the so-called urbane characters who make the loyal readership of these glorified scandals euphemistically labeled adverts? The loyal visitors to such scandalous classified pages are the bespectacled so-called English language reading elite, not the peasant in Mokhotlong. Is this really being refined or is it base?

This gets me scared, so scared because we have become a society that celebrates killers.
Abortion is first degree murder. Period!
There is nothing like a half-done human being who can be easily dispensed with.
Despite the noises made by scientists about cloning, all life is sacrosanct since no-one has managed to recreate life so far.
We should simply accept that we are a society of hypocrites, we pretend to celebrate birthdays but we are indifferent to infanticide in our midst, daily!

If we look at our forebears’ birth rites we see the clear markings of celebrating life through and through.
That is why when a baby girl was born into the family clansmen and friends would pour water on the father, just to symbolize that he has brought another drawer of water into the clan and if it was a boy, then friends would deliver a good hiding from several melamu to announce the birth of another warrior.
The point is, we come from a culture that celebrates life and not one that negates it.
So this modern genocide that is unashamedly paraded on news pages is foreign, even if it means the poor pregnant girl, without any means, is afraid of the economic consequences of looking after a child.
Should we let everything about our being as a people be sacrificed on the altar of economic expedience?

In this paper we have the story of a mother who abandoned her sick baby at Tšepong hospital.
I am sure all mothers, young and old are saying: Nxa, what a dog!
But I want all mothers like me, in all age groups to stop and ask what the difference is between this mother who dumps a baby at a hospital and another who dumps a baby-in-the-making into some incinerator at a backyard clinic, cleans herself up and walks away as if nothing has happened?

To Scrutator the difference is the same, as they say.
We think we are the most civilised bunch in the history of humanity, yet we parade our predatory tendency to eliminate unwanted, defenceless, voiceless human beings by simply labeling them as “unwanted pregnancies”.
They say if you don’t like something you give it names, bad names, so that you clean your conscience and can rest assured that it was only a “thing” to be done away with, anyway.
That’s why apartheid used the “K” word on blacks, just to make them feel less ashamed of mistreating fellow humans.
We have statistics aplenty when it comes to health issues like HIV and Aids.
But we have a serious dearth of statistics when it comes to quantifying the toll illegal but “free” abortion has taken, not only in decimating our future, unborn leaders but in wreaking havoc on reproductive health among Scrutator’s sisters.

Scrutator knows only too well the hoards of her Form E classmates who, with the assistance of rogue grandmothers and aunts, clandestinely crossed to Ladybrand to “clean-up” an undesirable pregnancy.
Many more, without a passport, resorted to the skills of some backstreet “midwives” who charged M100 for the dastardly murder.
Yes, even these wannabe nurses also make a killing. Sadly, because the law of the land is clear about the illegality of abortion, Basotho pretend that this problem is not pervasive.

The worst criminals are the rascal element among skilled doctors and nurses who unashamedly shelve their sworn ethics to carry out a cheap abortion for the cheap loti.
Remember how some of these doctors used to coin it by writing and rubber stamping fake sick notes until authorities raised dust.
Those days anybody who could don a white dustcoat and pass as a medical practitioner had ready beer money, particularly on Mondays when lots of lazy workers would be regretting the past weekend’s over-indulgence in beer and chesa nama.

Politicians plot their own downfall

Amnesty for criminals; a necessary evil

Now that’s what I call leadership…

A very good man, tainted by the bug of association

ABC, LCD, BNP: How about shutting down for business