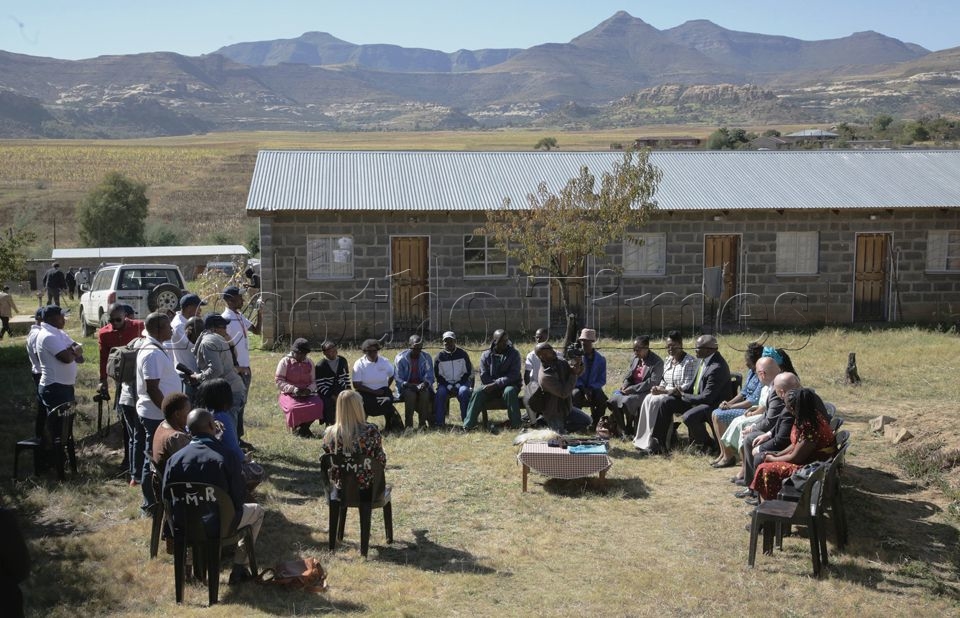 ‘MAHLOMPHO is living proof of the adage that one is never too small to make a difference.

‘Mahlompho started out as a volunteer unpaid village health worker (VHW) at the age of 15 and 36 years later, the now 51 year-old is still assisting so many villagers access health services.

She and fellow VHWs are unsung heroines whose contribution to the attainment of the nation’s goals of achieving affordable quality healthcare continues to be underestimated and rarely makes headlines in the media.

VHWs like ‘Mahlompho are the first line of health services providers in the villages. They perform a wide range of roles including supervising the treatment of terminally patients; they are counselors and educators and they are always on the lookout for people who show symptoms of serious conditions to ensure early treatment and whenever necessary they even go to patients’ homes to provide medication.

For ‘Mahlompho, her work is more of a calling than simply a career. Nothing, not even the frustration of not receiving payment has stopped her and her colleagues from helping the sick as well as pregnant women in her community.

“I enrolled to become a VHW in 2004 when it was still a voluntary work. Even though we were not paid back I soldiered on because my passion is to assist people and I wanted to contribute to making Lesotho a healthy nation.

“Waking up early in the morning to go a sick person’s house to bathe, feed them and make sure that they have taken their medication gives me an inner satisfaction that is hard to explain. It is like giving a person a new lease of life and hope that they are not going to die,” ‘Mahlompho recently told the Lesotho Times.

Passion or no passion, there are still bills to be paid and without any form of payment from government, it is hard for ‘Mahlompho and other VHWs to make ends meet and look after their own families.

Despite undertaking to pay them, the government owes ‘Mahlompho and thousands of other VHWs allowances dating as far back as the 2014/15 financial year.

“Going unpaid is stressful but I have soldiered on because my primary objective is to help the people. I joined this programme when it was purely a voluntary job. The allowances make a huge difference in my life but I can’t let that get in the way of assisting the sick.”

And if the pronouncements and current efforts by the Ministry of Health are anything to go by, ‘Mahlompho’s financial will soon be a thing of the past.

Health Minister Nkaku Kabi recently announced that his ministry had begun processing payments for the VHWs after finalising a Village Health Programme Policy aimed at addressing challenges in meeting the welfare needs of VHWs including timeously paying their allowances. He said the new policy would soon be tabled before the cabinet and national assembly for approval to ensure the challenges of paying VHWs were addressed.

Currently the VHWs are paid on a quarterly basis. Mr Kabi pleaded for patience, saying it would take time to clear the huge arrears that had accumulated over many years.

On her part, the ministry’s Director of Primary Health, Thabelo Ramatlapeng, said managers at district levels had submitted to them the lists of VHWs who were owed payment.

“The (managers’) reports indicate how much each VHW is owed. The reports also include their account numbers to ensure that we immediately pay them once the money is available.

“The VHW policy has been approved by the ministry and it will soon be presented to the cabinet. The policy will assist in ensuring that VHWs are timeously paid like ward chiefs whose salaries are catered for in the law. From cabinet, the new policy will be discussed in parliament. This is because the policy will affect the government purse and therefore parliament has to pass it into law.

“VHWs are owed about M30 million and the arrears date as far back as 2015. In the absence of the policy, we were unable to have a budget for allowances for VHWs. Their allowances were catered for under purchases but there were many other things catered for under that budget line and sometimes the money that would have gone to their allowances would end going to other issues deemed critical. VHWs were then paid after every three months because we had to have a warrant to pay them and warrants are only issued after every three months. But they will now be paid on a monthly basis once the policy has been endorsed by all the relevant authorities,” Dr Ramatlapeng said.

The expediting of payments will certainly come as a relief to ‘Mahlompho and go a long way towards ensuring she meets her own financial obligations. This will also give her the peace of mind to focus on what she does best- being the first line of healthcare provision to many rural Basotho.