Visitors to Gauteng will have to pay e-tolls 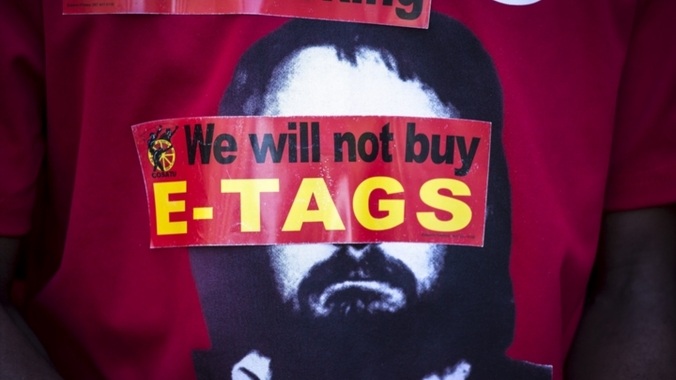 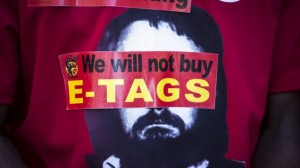 Cross-border visitors will have to pay e-tolls when using Gauteng roads after the December 3 launch date of the controversial e-tolling system.

Cross-border visitors to Gauteng will have to pay e-tolls, the South African National Roads Agency (Sanral) said on Wednesday, shortly after Transport Minister Dipuo Peters​ announced in Pretoria that e-tolling will launch on December 3.

“There would be cross-border collection. We prefer them to register as well,” he said.

The agency said it will ensure toll tariffs are collected before vehicles leave the country.

Alli said Gauteng motorists will pay double toll tariffs without an e-tag and urged all drivers to get tags.

Sanral has issued at least 707 000 e-tags so far and says drivers with e-tags qualify for a discount of 48% on toll tariffs.

A return trip from Lynwood in Pretoria to Soweto without an e-tag will cost R88.77, according to the toll calculator on Sanral’s website. The trip would cost R45.92 with an e-tag.

Alli said research carried out recently showed that on 201km of the highways, 84% of road users would pay less than R100 a month.

Peters said tariffs had been cut to 30c per kilometre from 66c per kilometre for light motor vehicles with an e-tag and that systems are in place to ensure the system functions. She is confident Sanral is capable of this responsibility.

But Freedom Front Plus (FF Plus) spokesperson Anton Alberts said on Wednesday that Peters is misleading the public with threats to motorists without e-tags.

“Minister Peters threatened that motorists without e-tags would pay double and would not be considered for any special discount,” he said.

“The minister is misleading the public with her threats and is blackmailing motorists. There is no legal obligation to obtain an e-tag. Motorists who do not purchase e-tags may legally not be fined as they are not contravening any law.”

E-tolling will also contribute to the fight against licence plate cloning and reduce congestion, Peters said.

Alli said Sanral has started a debt collection process and motorists will receive a bill every seven days. A summons will be sent to motorists who repeatedly fail to pay their bill.

Motorists who do not register to pay e-tolls will get invoices and reminders.

Alli cleared up any misconception that government vehicles are exempt from e-tolling, saying that “government-owned vehicles are not exempted”.

“[Cosatu] has noted with anger the announcement that e-tolls will be implemented on Gauteng highways on December 3,” said spokesperson Patrick Craven.

The Democratic Alliance said it was “a sad day” for Gauteng and the country that government had ignored public opposition to the tolling.

Opposition to Urban Tolling Alliance (Outa) chairperson Wayne Duvenage said the e-tolling system is doomed to failure. It is inefficient, irrational and will enrich overseas companies at the expense of motorists.

Outa says the most equitable way to pay for the maintenance of the highways is through a fuel levy. “We call on society to exercise moral courage and resist the system on the basis that there are far too many things wrong with e-tolling. The system will fail,” he said.

Craven said Cosatu will not give up its fight against e-tolling.

“[Cosatu] reaffirms its continued total opposition to this attempt to privatise our public roads and force us to pay to travel on roads we have already paid for through taxes and the fuel levy.”

He said motorists should refuse to buy e-tags, as there is “absolutely no legal obligation” to do so.

DA Gauteng premier candidate Mmusi Maimane says most Gauteng residents will eventually feel the impact of the tolls. “Residents who are not regular road users will feel the pinch through increased food and living expenses.”

E-toll extensions
Maimane said e-tolling will likely be extended to the N14 Krugersdorp highway, sections of the M1, the N14 to Pretoria, N3 to Heidelberg, the R59 and sections of the N12.

The DA and the FF Plus plan to bring high court applications to fight the constitutionality of the e-toll Bill that President Jacob Zuma signed in September. The FF Plus, agricultural union TAU SA and the National Taxpayers’ Association filed papers last week. The matter is expected to be heard in December, said Alberts.

They say e-tolling will affect the competency of provincial government and municipalities by affecting urban planning, public transport and traffic regulations.

Peters said government has made several concessions to minimise the financial burden on road users paying for the e-tolled road network.

“Sanral should be allowed to start collecting toll fees in order to begin to repay the debt incurred when the roads were upgraded,” she said.

“We cannot afford to continue to expose Sanral’s portfolio to any further financial risks.”

Peters encouraged the public to buy e-tags because motorists cannot benefit from discounts without them. – Sapa

Who should we believe about Scott’s whereabouts?