Villagers’ health in danger from dumpsite 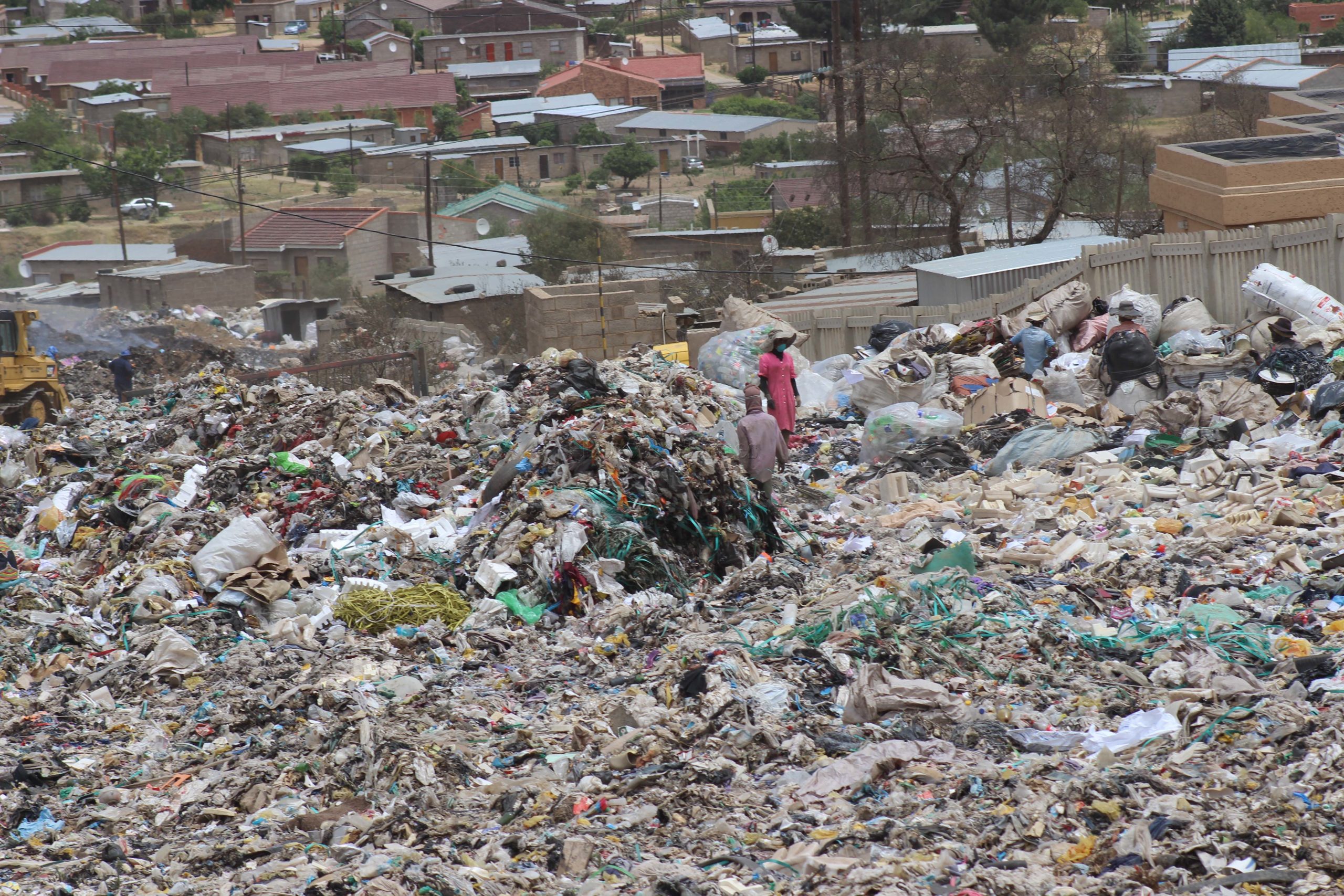 VILLAGERS living near the Ha-Tšosane dumpsite fear they could have contracted respiratory and other infections after the dumpsite recently caught fire which lasted more than a week. The fire is thought to have been caused by a spontaneous chemical combustion.

The fire first broke out on Friday 18 October and it was still smoldering when there was another explosion on 23 October.

When the Lesotho Times recently visited the area, water tankers were still trying to extinguish the fire and some villagers complained of the strong smell from the dumpsite in their houses, saying they feared they had contracted respiratory diseases from inhaling the smoke.

Ha-Tšosane chieftainess ‘Mamosiuoa Tšosane said some residents complained of respiratory infections and three children had so far been hospitalised due to the fumes from the dumpsite.

“The dumpsite is a long-term problem in this area as they is always a horrible and suffocating smell even before it caught fire. It is even worse for people who live close to the dumpsite as the smell is their daily bread.

“I also got informed that mucus of the people around the area has got soot traces and that is not normal,” Chieftainess Tšosane said.

The Lesotho Times also visited Phomolong Primary School where one of the teachers, Liketso Malataliana, said learners and teachers were coughing persistently because of the smoke.

‘Manthatisi Malope, a Ha-Tšosane resident since 1981, said her family her family had sinus infections and she also feared the dumpsite would cause people to shun the area where she rented out accommodation.

“All my children are now suffering from sinus because of that dumpsite. I’m also scared I will lose tenants because of the dumpsite. They are already complaining that they have inhaled a lot of smoke and contemplating leaving this area if the authorities don’t do anything about the dumpsite,” Ms Malope said.

Technologies for Economic Development (TED) Director, ‘Mantopi Lebofa, said the dumpsite was wrongly situated in the first place as the waste contaminates the Maqalika Dam.

Ms Lebofa said it would be naïve to think that a fire which lasted several days would not have health consequences for locals.

MCC spokesperson, Lintle Bless said they were plans to move the dumpsite to another location in Tšoeneng.