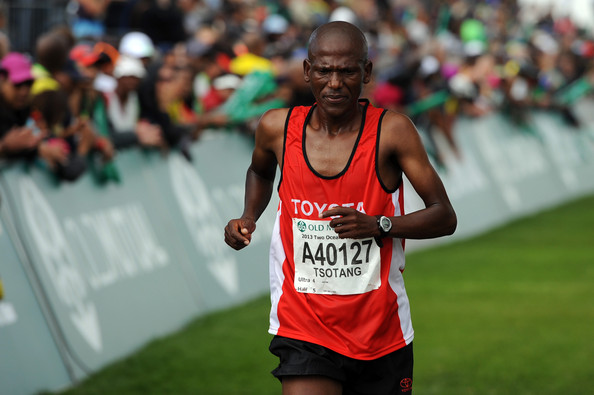 The athletes, who both turn 40 years of age this year, will be part of an expected large Lesotho contingent at the annual event, whose winner, runner-up and second runner-up respectively pocket R250 000, R125 000 and 65 000 in both the male and female categories.

In addition, anyone who breaks the 56-kilometre marathon’s record of three hours: three minutes and 44 seconds set by South Africa’s Thompson Magawana in 1988, would receive M1 million.
Lebopo, who won the race in 2010, on Monday told the Lesotho Times he was ready for the 56 km marathon, which takes place on Easter Saturday in the Mother City.
“I have prepared very well for the Two Oceans, and recently took part in a half marathon in Chlorpas and 10-kilometre race in Clarence, South Africa, where I came first and fourth respectively.
“I believe I am ready for the challenges that come with the Two Oceans, and am confident of winning it,” Lebopo said.

The iconic runner admitted it was always a challenge to compete in this particular marathon because of his record of having previously won the event in three hrs: six min:18sec.
“It is always challenging to compete in these big races because I am now known because of my record. But I am ready for this race, and am confident I can do it again.”

On his part, Maine whose best position in the race was third in 2011, and seven in 2012 and 2013, is also confident of winning the race, which attracts some of the best athletes from across the continent and abroad.
“I won the Pietermaritzburg marathon in February and also took part in a 10-kilometre race in Bloemfontein where I came third, and all this was part of preparations for the Two Oceans,” Maine said.
However, Maine said he has to “shift focus” from the M1 million prize because the time that has been set is “too heavy”.