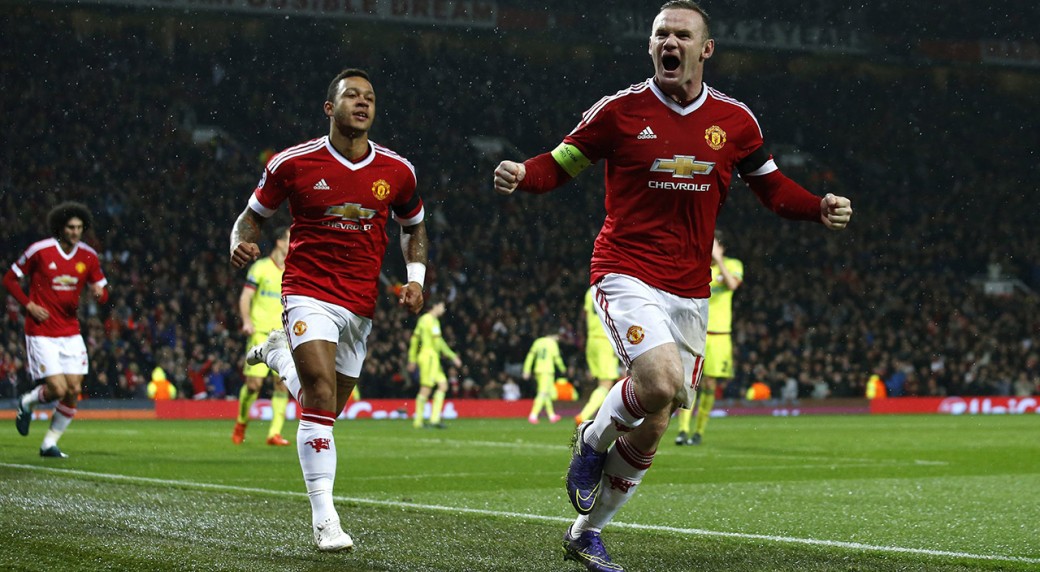 United had drawn their three previous games 0-0 and a fourth consecutive goalless draw – unprecedented in the club’s history – was on the cards as Tuesday’s game at Old Trafford entered its final 15 minutes.

But in the 79th minute, Rooney met Jesse Lingard’s deft volleyed pass from the right with a bullet header that elevated United to the top of Champions League Group B with two matches remaining.

“We deserve it totally, I think. I’m relieved, but also proud, because it’s not so easy,” said the Dutchman, after United’s first home win against Russian opposition in four attempts.

“In the golden years of Manchester United, I have read, they never won against a Russian team at home.

“Everybody thinks it is easy for Man United, but it is not easy for one club to win in the Champions League.”

Rooney has been widely criticised after a string of sluggish displays, but his header saw him equal Denis Law’s tally of 237 United goals, putting him joint-second in the club’s all-time list, 12 goals behind Bobby Charlton.

Asked if it vindicated his continued support for the United captain, Van Gaal replied: “Yeah, but I back all my players. Not only Wayne Rooney, but Wayne Rooney is always the centre of attention so I have to answer always questions about Wayne Rooney. Now, again.

“But Wayne is Wayne and he shall always contribute in a game. I’m very happy because I put him again in the striker’s position and then he scored.

“And it was a fantastic goal because the preparation was fantastic — the tackle of Marcos Rojo, the pass of Michael Carrick, the cut-back of Jesse Lingard and then the header of Rooney.

Rooney’s goal also served to spare Van Gaal from the wrath of United’s fans, who aimed a volley of boos in his direction when he replaced Anthony Martial with Marouane Fellaini in the 66th minute.

“Of course I heard it. I’m not deaf,” Van Gaal said. “It’s just the opinion of the fans. But after they shall not be disappointed by the decision of the manager.”

The United manager might not have been able to shrug the incident off so easily had it not been for a goal-line block moments before Rooney’s goal by Chris Smalling, who slid in to clear Seydou Doumbia’s goal-bound shot after the CSKA substitute had been denied by goalkeeper David de Gea.

Van Gaal acknowledged the importance of the England defender’s intervention, but not for the first time referred to him erroneously as ‘Michael’.

“Doumbia, that was the only attack of CSKA Moscow (when) a player of Manchester United stepped in on the wrong way,” said Van Gaal, whose side now lead PSV Eindhoven and Wolfsburg by a point.

“And then David de Gea has saved us and after that Michael Smalling has saved us. But that’s also football, that you are running everything out of your body to prevent goals.

“It is fantastic to see that Smalling is doing that.”

CSKA, nine points clear in the Russian Premier League, were stubbornly unadventurous, packing men behind the ball and seeing only 31 percent of possession.

But visiting manager Leonid Slutsky dismissed suggestions that they had shown their opponents too much respect.

“The players were not afraid,” he said. “It’s always difficult to play against such a strong team as Man United. We didn’t have lots of possession, just as in the first game in Moscow (a 1-1 draw).

“It was a big probability that United would create a lot of chances and we had to be attentive to that.” – AFP