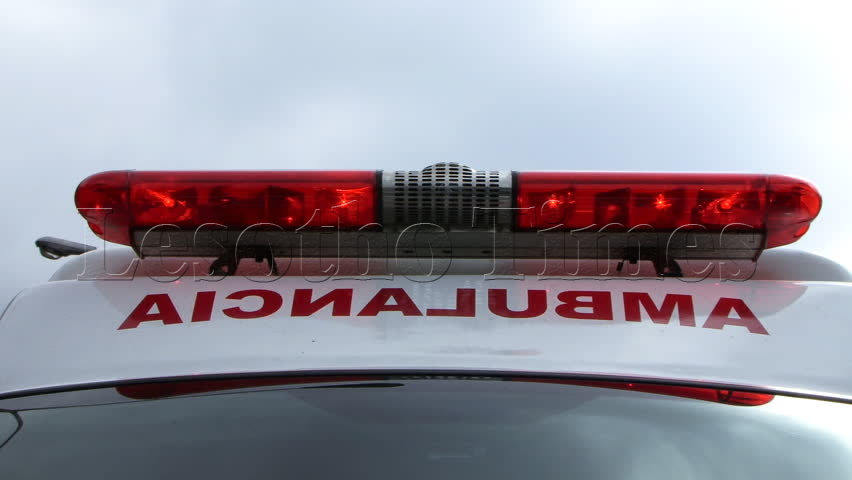 OVER 100 ambulance drivers engaged to transport patients from the Millennium Challenge Corporation (MCC)-funded clinics are threatening strike action over non-payment of salaries.

The drivers say that they have not been paid their monthly salaries since they were engaged to transport referral patients from MCC-funded clinics in the country’s seven districts in August 2019.

The 105 ambulance drivers are engaged by 23 contractors who were awarded contracts by the Lesotho Millennium Development Agency (LMDA) to transport patients from clinics to hospitals under the Emergency Transport Services (ETS) contract.

LMDA Emergency Transport Services Manager Lebona Moshesha yesterday told the Lesotho Times that the delays in processing some of the payments were caused by late signing of contracts.

LMDA was created by the government to complete, oversee and manage implementation of ongoing projects that were not finalised by the Millennium Challenge Account Lesotho when the Lesotho Compact closed in 2014.

The LMDA has since taken over the management of the Emergency Transport Service from the Ministry of Health. In August this year, the LMDA engaged 23 contractors to transport patients from the 105 clinics in seven districts but has failed pay the contractors.

Some of the drivers told the Lesotho Times this week that they were planning strike action over the non-payment of their salaries.

“The situation is so dire…our families are suffering yet we have been working for the past four months without any salaries,” one driver said.

He said that they initially did not believe their employees and consulted the LMDA to establish whether or not the contractors had been paid.

“We have it on good authority that the LMDA has not paid the contractors and in return we are suffering. We are heading for Christmas and there are no guarantees that our salaries will be paid.

“We have no option but to embark onto a go-slow. While we understand the situation that our employers are in, we cannot continue to work like this. We compromised so much in the past four months hoping that we would eventually be paid but it does not look like that is going to happen this year,” he said.

One of the contractors who spoke to this publication on condition of anonymity said they signed contracts on 1 August 2019 but have not been paid since then.

“Each contractor has been awarded a contract to provide ambulance services for five clinics. We started work on 1 August 2019 and we have all not been paid. This is despite the fact that some of the contractors have outsourced ambulances elsewhere to do the job,” the contractor said.

“Right now, I am supposed to transport a patient but I am running low on fuel. I am worried that I may fail to reach the destination endangering the patient if I set off on the journey. It is that difficult,” the contractor added.

Another source said he was forced to borrow M10 000 from a loan sharks to continue servicing his clients in the hope that LMDA would eventually process their payments.

“I signed a three months contract with the loan sharks and the time has lapsed but I am still to repay and the debt is accruing interests,” the source said adding that they have also failed to service their vehicles due to lack of funds.

“We are suffering, the drivers are suffering and worse of all; the clinics are beginning to feel the pinch. It is going to be worse if the drivers make good on their threat to down tools. Some of the drivers have called us demanding that we terminate contracts with LMDA but how do you terminate a contract when you don’t have money to pay salary arears,” the source said.

Another source said: “We are a crisis situation right now”.

“We don’t know what to do. We don’t want to be part of a crippling health system but we cannot just go on like this. The situation is bad and the LMDA keeps telling us that they will pay next month, come next month, it is another story.”

Contacted for comment, Health Minister Nkaku Kabi said he needed to consult first since the LMDA is managing the service independently.

“We are no longer involved in this issue because we let the LMDA to run the service independently after accepting their offer to assist us. They manage the project so independently that they don’t even tell us when they engage contractors and contractors do not come to us when there are problems.

“I will therefore, have to make a follow-up on the matter and get back to you,” Mr Kabi said.

On his part, Mr Moshesha said there were teething problems that needed to be dealt with at the start of the project in August 2019 and that the problems had a serious bearing on the processing of payments.

He said some of the problems included delays in signing of contracts and that the contractors were only given letters of intent on 1 August 2019 when they commenced their duties.

“The project covers 105 clinics in seven districts and we have contracted independent contractors to do the job. Most of these clinics were constructed and renovated under the MCC project but we have had to accommodate some of the health posts that the Ministry of Health has improved and accredited them as clinics,” Mr Moshesha said.

He said that the 23 contractors had been contracted for the next two years starting from 1 August 2019 to 31 March 2012. He attributed the payment delays to a protracted contract signing process that dragged up to late September as the contractors had not signed contracts on commencement of duty.

“The payment has been slow but we have made it clear in the contract that payments would be made within 30 days after the submission of invoices. The payments can only be processed within that 30 days if it is correct and sometimes, we must send them back to correct the invoices but the payment is slow. Sometimes we don’t get enough money from the government to pay them and when that little money comes, we pay those who came first,” Mr Moshesha said.

He said they wrote to the contractors informing them of the payment delays. He however, said they had not heard of any strike action threats by the drivers.

“They have been very understanding and we are hoping that this problem will be addressed very soon because some of them have already been paid. We however, cannot prioritise the ETS, we pay all invoices in the order in which they are submitted,” Mr Moshesha said.