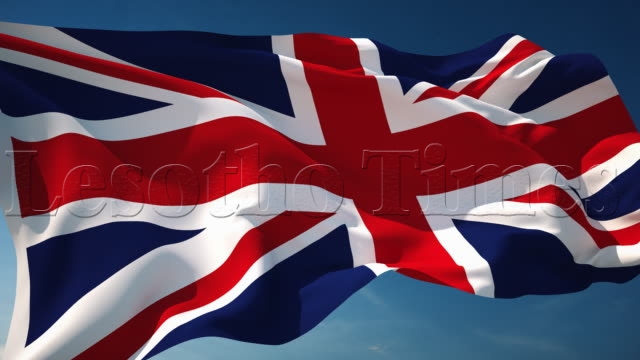 STAFFERS at Lesotho’s embassy are unlikely to be paid their December 2020 salaries because the embassy has run out of funds to pay them.

This after Lesotho’s High Commissioner to the United Kingdom, Rethabile ‘Mahlompho Mokaeane, allegedly elected to pay her children’s school fees instead of paying salaries.

Authoritative sources this week told the Lesotho Times that the government is unhappy with Ms Mokaeane for overspending by the equivalent of M308 356 on her children’s school fees, leaving the high commission without any money to pay staffers’ salaries.

This, according to the sources, has prompted Foreign Affairs and International Relations principal secretary, Retired Colonel Tanki Mothae, to approach cabinet for extra funds to enable the high commission to meet its salary obligations. The sources said Rtd Col Mothae was initially expected to brief Prime Minister Moeketsi Majoro and his cabinet on issues surrounding the UK high commission’s finances on Tuesday but this was postponed to a later date due to the cabinet’s tight schedule.

Contacted for comment, Ms Mokaeane this week said, “I will be in a better position to discuss these issues once the matter has been concluded in court”.

However, the matter was decided in the High Court on 11 November 2020. Justice Keketso Moahloli ruled that school fees for Ms Mokaeane’s children should be paid within the scope of the allocated budget and not above it as she had wanted.

According to the sources, the cabinet asked Rtd Col Mothae to brief it on the matter after Ms Mokaeane petitioned the High Court to force the PS, the high commission’s third secretary, ‘Mantolo Motloheloa, the Ministry of Foreign Affairs and International Relations and the Attorney General to pay her children’s school fees totaling M311 265 for the third quarter of the current fiscal year.

This after Rtd Col Mothae had instructed Ms Mokaeane to prioritise the payment of staffers’ salaries over her children’s school fees on 27 October 2020.  Rtd Col Mothae issued the instruction after Ms Mokaeane had ordered Ms Motloheloa to pay her children’s fees on 26 October, thus disregarding a 22 October savingram which said salaries and foreign mission allowances must take priority.

This publication has seen an email correspondence between Ms Mokaeane and Ms Motloheloa where the former instructed the latter to pay her children’s fees.

“Can TS (Third Secretary) respect my office. I am the only high commissioner here in London and I am the accounting officer of London mission. Can you act as I instructed you Mme TS Mantolo (Motloheloa).

“Please be mindful that you are not the accounting officer of this mission. Pay the school fees and salaries according to the warrant which is the allocated money for this quarter. Thank you,” Ms Mokaeane states in her 26 October 2020 email to Ms Motloheloa.

In reply, Ms Motloheloa wrote, “please note that the balance we have in the bank at the moment is £173 920. Deducting salaries, wages and foreign service allowances until December which amount to £183 081 leaves a negative balance of £9160. This balance, as you may recall Your Excellency, emanates from funds taken from salaries in the first and second quarter to pay for claims.

“As a result, it will not be possible to pay school fees and medical fees this quarter as we have to adhere to the savingram…whereby the PS (Rtd Col Mothae) instructed the mission to prioritise and set aside enough funds for cover the diplomatic staff salaries, foreign service allowances and local staff wages for up to December”.

The following day on 27 October 2020, Rtd Col Mothae wrote to Ms Mokaeane and reiterated his 22 October 2020 savingram that salaries, foreign mission allowances, wages for local staff and setting aside funds for salaries up to December this year must take priority.

“The High Commissioner is further instructed to give priority to this matter as payment of salaries must take precedence over any other expenses. Please note that failure to comply with the above instruction will leave the principal secretary with no option but to revoke the High Commissioner’s signing powers and consequent control of the mission’s financial obligation,” Rtd Col Mothae said in his letter to Ms Mokaeane.

Aggrieved by the letter, Ms Mokaeane petitioned the court to order Rtd Col Mothae and others to pay her children’s school fees totaling M308 356 for the third quarter of the current financial year.

According the authoritative sources, the London embassy has four diplomatic staffers including Ms Mokaeane who have five children. Three of these are Ms Mokaeane’s – aged 14, 10 and five. All three children attend a private school in London named North Bridge House School.

“We cannot go on like this. The payment of school fees for Ms Mokaeane’s children is part of her package but it must be within the allocated funds for the school fees.

“It is an open secret that the government is operating on a shoe-string budget and Mokaeane should get her priorities straight. Staffers’ salaries must paid at the end of the month. The high commission even owes some non-Basotho money but instead of prioritizing such issues, she takes government to court over her children’s expensive school fees. The good thing is that Justice Keketso Moahloli made a sensible judgment on this matter,” the government official said.

In his 11 November 2020, judgement, Justice Moahloli ordered that school fees for Ms Mokaeane’s children should be paid within the scope of the allocated budgetary ceiling and not above it as she had wanted. The order was granted after the two parties settled out of court on that same day.

“It is hereby ordered that payment of the school fees for the applicant’s children shall always be effected only within the scope of the allocated and current quarterly budgetary ceiling, and available funds, as remitted under the school fees vote. The 2nd respondent (Ms ‘Mantolo Motloheloa) shall effect allocated funds evenly among all staff members whose children qualify to benefit from government.

“Where total school fees exceed the amount allocated for this purpose the 2nd respondent shall distribute the allocated funds on a pro rata (equal portions) basis. Payment of the said school fees shall be effected immediately to enable timely school enrolment of the children,” Justice Moahloli ordered.

Despite the judgement, the high commission’s coffers are said to be empty due to its previous overspending and it can only settle the December salaries of staffers if it receives extra funds from government.

Meanwhile, Foreign, Commonwealth and Development Office in London has taken the Lesotho High Commission over its failure to pay one Vincenzo Elia £3 384 for providing gardening and waste disposal services at the high commission.

A foreign office representative, Barry Nicholas wrote to the Lesotho high commission’s counsellor, Lineo Palime, on 30 October 2020 informing her that “the Foreign, Commonwealth and Development Office takes an interest in alleged debts and I should therefore be grateful if you could let me know what the High Commission intends to do about settling any debt owed to Mr Elia”.

In her reply, Ms Palime said the matter was being dealt with at the highest level and “the bill must be settled to avoid further embarrassment and a negative image of our country”.

The Lesotho Times has not been able to verify if Mr Elia, whose nationality is not stated, has finally been paid.