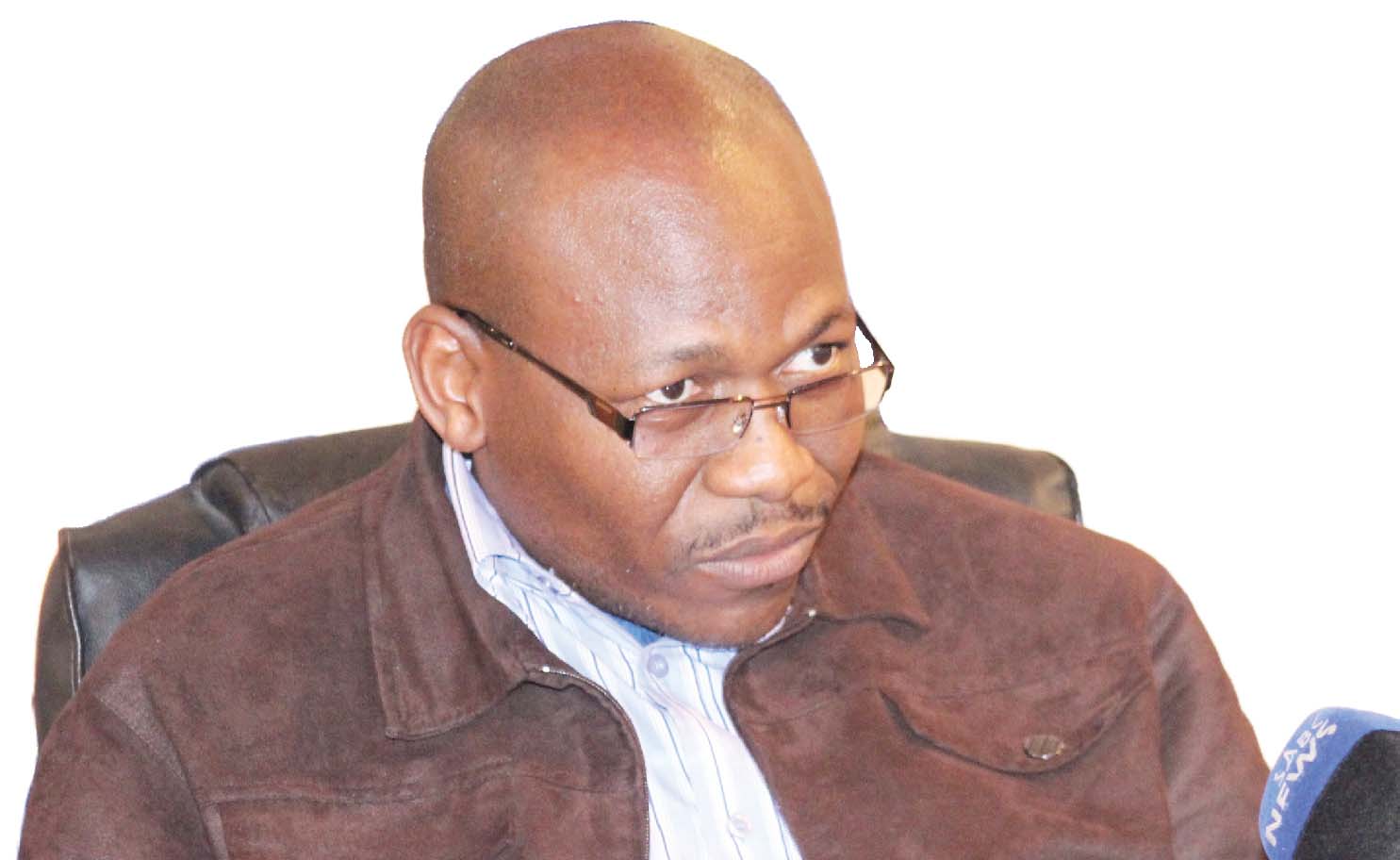 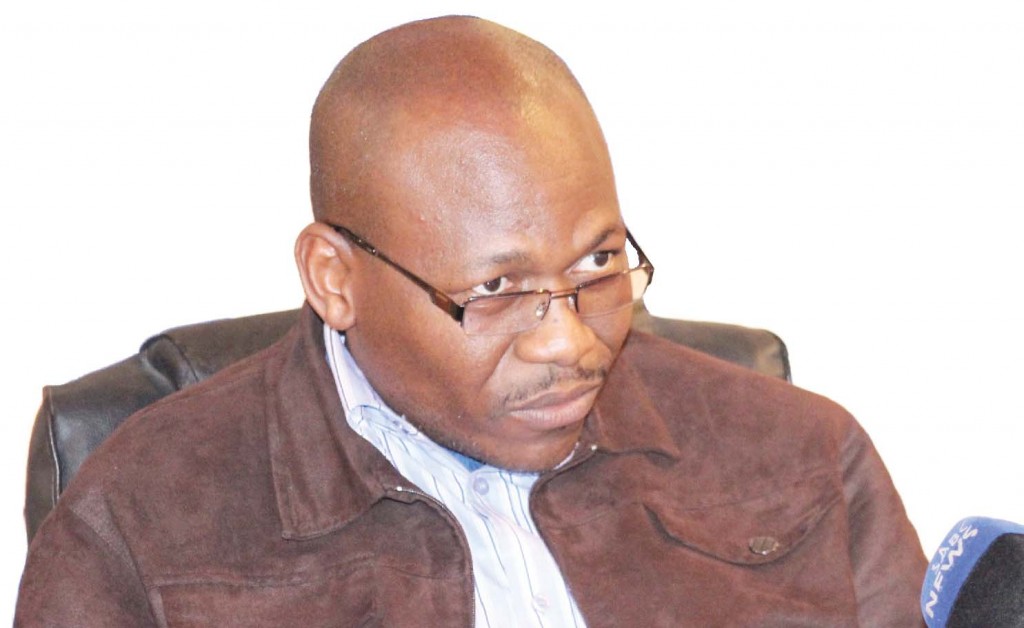 POLICE Commissioner Khothatso Tšooana on Tuesday filed an urgent application in the High Court seeking an order compelling Prime Minister Pakalitha Mosisili to allow him to resume his duties with immediate effect.

In addition to resuming his duties, Mr Tšooana had also wanted Mr Monaheng to show cause why he should not be interdicted from operating as the commissioner of police pending the finalisation of the case.

Mr Tšooana also wanted Mr Monaheng’s appointment as Lesotho Mounted Police Service Acting Commissioner on 8 April 2015 to be nullified, and to be awarded costs of the suit in the event of opposition.

While the court granted some of his prayers — accepting that the case was urgent; that the respondents should file their opposing affidavits, if any, on or before 30 April; that he should also file his replying affidavit on or before 4 May 2015 and that the two parties shall file their heads of argument on before 7 May 2015 — Mr Tšooana did not get his greatest wish of resuming his duties as commissioner of police “forthwith”.

This means the case would now be heard by the High Court on 8 May 2015, according to Tuesday’s Interim Court Order.

“Following the political insecurity that faced Lesotho in 2014, and the intervention of SADC (Southern African Development Community), the political leadership in Lesotho signed the Maseru Facilitation Declaration on 2 October 2014. This declaration was meant to pave the way for elections and bring normalcy to Lesotho.

“On 23 October 2014, another document was signed which was termed the Maseru Security Accord. In terms of the said Accord, I, together with the Lesotho Defence Force Commander, Lieutenant General Maaparankoe Mahao and Lt Gen Tlali Kamoli agreed to go on “leave of absence” for specified periods. During the leave of absence, we undertook working visits in SADC and Commonwealth countries. As part of the Accord, I went to Algeria for a period of three months,” Mr Tšooana noted.

The commissioner says after the SADC Facilitation Mission was completed following the 28 February 2015 general elections, he returned home on 2 April 2015 and expected to resume his duties immediately.

“Upon my arrival in the country, I immediately reported for duty and met the Minister of Police (Mr Moleleki), the 2nd respondent herein. The 2nd respondent then gracefully directed me to go home and rest, and that I would be called into office later on. I did not read much into these statements and simply took it that he found it befitting that I take a little rest and time off with my family after a long time away from home.

“In fact, I arrived in the country on Thursday just before Easter and I reasonably expected to be called for duty after the holidays. I must emphasise that the Honourable Minister did not and correctly so, say that he was sending me on forced leave of whatever nature.

“During my meeting with the Honourable Minister, he told me that he was not the appointing authority but the Prime Minister is, and that issues pertaining to Office of the Commissioner of Police were still being addressed. At the time, I did not understand the relevance of this statement and out of respect for the Honourable Minister, I did not bother asking him to explain further. I simply went home as directed.

“I was surprised to learn on 8 April 2015 that on the same day, a memo was issued addressed to all relevant offices to the effect that DCP – Operations, Keketso Monaheng, had been appointed Acting Commissioner of Police. I was indeed surprised because at the time, I was eagerly awaiting a call from either the Honourable Minister or Principal Secretary, informing me to report for duty.”

According to Mr Tšooana, the worst thing was that the appointment was made without formally advising him as the incumbent commissioner.

“DCP Monaheng marked his assumption of duty as Acting Commissioner of Police by convening a meeting of senior officers at the Police Training College where he spelled out his vision as the Acting Commissioner of Police. His remarks and tone clearly sent a message that he was in that office for the foreseeable future, if not for good. I was particularly alarmed to hear DCP Monaheng address fellow police officers as if he was now the new Commissioner of Police. For instance, he outlined his long-term plan to deal decisively with elements within the LMPS that were, according to him, responsible for the unfortunate events of 30 August 2014 (when the army invaded and took over three Maseru police stations, during which one police officer was killed). As he outlined his vision and plans to the senior officers, it dawned on me that he knew he was in that office to stay. He did not talk like someone expecting the incumbent to be in office the next day.

“The meeting was followed by transfers of officers, including Assistant Commissioner of Police (ACP) Sello Mosili. It is important to mention that ACP Mosili has approached the court for an order to protect his rights. ACP Ezekiel Senti, who is also operating as a pseudo Commissioner of Police, has written several letters intimating that I am on leave. He has said as much in a sworn filed opposition of ACP Mosili’s case.

“Alternatively, if the directive from Mr Moleleki that I should go home and rest is taken to be leave, then I respectively submit that the same has no legal basis. Firstly, Mr Moleleki is not the appointing authority for the position of Commissioner of Police and cannot therefore send me on leave. Secondly, Mr Moleleki has no authority to send me on forced leave.

“I have been to the offices of the Principal Secretary of Police and of the Government Secretary on several occasions requesting and demanding clarification on my situation. None has been forthcoming.

“I therefore, vehemently deny being on leave and there is absolutely no documentation evidencing same.”

Mr Tšooana, who is being represented by Advocate Tumisang Mosotho in the case, says he had been treated unfairly “and without courtesy”.

“My rights have been flagrantly violated and I am duty-bound to withstand all the injustices being meted out to me within the perimeters of the law. I suffer a lot of prejudice as the Commissioner of Police if my deputy is appointed to act in my position in my presence.

“The impression that has been created by the unfolding events is I am on leave or suspension if my duties have been passed to my deputy in a formal process of appointment. That is wrongful and unlawful. I have, as a result, suffered extensive prejudice and there is no other alternative remedy in the circumstances. I continue to suffer as an officer and Commissioner if my deputy continues exercising my duties and responsibilities. The matter is extremely urgent on the basis of the foregoing reasons.”