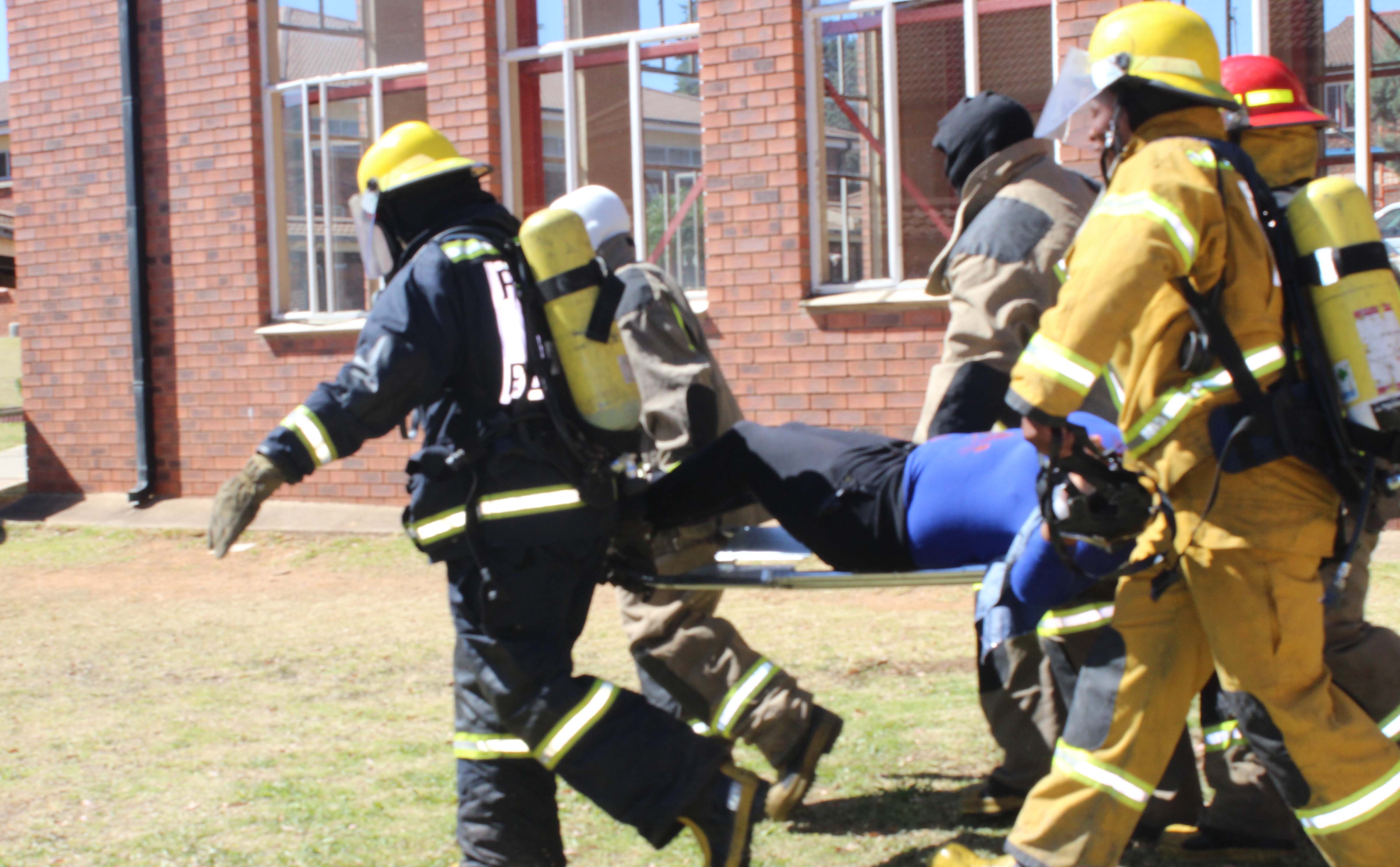 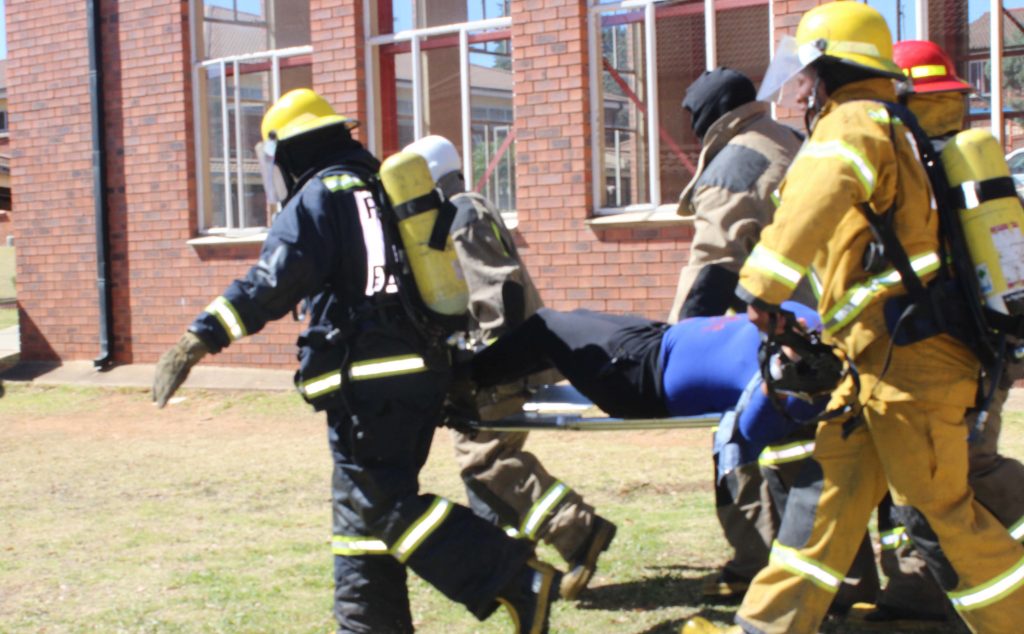 It looked real, sounded real, and even felt real, with 130 students who were “trapped” in the institute’s dining hall seemingly fighting to escape from the inferno. However, it was all simulated to ensure hospital and emergency staff knew what to do in case of a real emergency.

Upon hearing the students’ cries for help, members of the LDF and LMPS fire brigades rushed to the scene to put out the fire and take the grateful learners to safety.

Of the 130 students, 10 “died” in the inferno and transported to a makeshift mortuary at the hospital, while 20 were “seriously injured” and ferried to the hospital by ambulances. Seventy sustained “injuries” but were still able to walk

The head of Tšepong’s emergency medicine department, Dr Lesley Bhebhe, said the purpose of the drill was to prepare the hospital’s staff for disasters such as fire so they are better able to protect lives and property, increase emergency preparedness and reduce response time.

“The whole purpose of this exercise was to prepare not only the hospital staff, but other stakeholders like the LDF and LMPS for major incidents,” Dr Bhebhe said.

“It was meant to give the various departments experience in how to deal with such a situation and the precautions to be taken in case of a fire.”

He said the students were told to stay as calm as possible before the drill started, with the army and police brigades supposed to act immediately after the cry for help. Dr Bhebhe said after the “victims” rescue, paramedics and other health personnel took over and transported the injured to the hospital.

“After calling for help, the students were evacuated and attended to based on their injuries. Some of them were badly injured, with some sustaining minor injuries while other had no injuries at all,” said Dr Bhebhe.

“However, if any of the participants were genuinely injured, we would have aborted the whole exercise since we wanted the drill to be an educational exercise free of injuries.”

The LDF’s Lieutenant Bataung Khati also told this paper that the exercise had helped his unit to evaluate their strengths and weaknesses.

“This has been a good experience for us as the LDF because we are now in a good position to address the areas of concern we identified,” Lieutenant Khati said.

On his part, Inspector Lelingoana Sechache of the police’s Fire and Rescue department implored members of the public to avoid overloading adaptors which cause many electrical faults and, in turn, fires.

“If the adapter has only five sockets, use those five sockets only and don’t connect malfunctioning gadgets since they increase the chance of a fire outbreak,” Inspector Sechache said.

NHTC student, Makoae Mosothoane, who “died” during the fire drill, said the exercise had equipped them with invaluable skills.

“I learnt that it was important to immediately call for help in the event of a fire, and to stay in one place to avoid confusing potential rescuers,” Mosothoane said.

In her post mortem of the fire drill, Tšepong Public Relations Officer Dr Limpho Seeiso described the exercise as an “overall success”.

“We were able to test the hospital’s level of preparedness and responsiveness to a major incident on short notice and with limited resources,” Dr Seeiso said.

“It is now up to each team to attend to areas needing improvement. It is through practice and experiential learning that we will be able to handle real accidents and prevent unnecessary loss of life.”

The participants said they hoped they would never have to put the training into use. However, if they do, they now know that they are prepared.