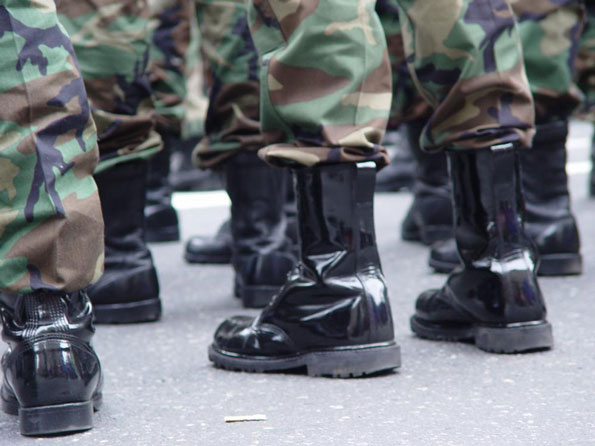 AN accomplice witness in the trial of 10 soldiers accused of the May 2017 murder of three civilians has thrown the accused under the bus.  This after he told the High Court that they planned, abducted and strangled their alleged victims before throwing them into Mohale Dam.

He told the High Court that his former boss at the Military Intelligence (MI), Brigadier Rapele Mphaki, had ordered the soldiers to kill the three civilians.

They allegedly strangled Lekhoele Noko, Molise Pakela and Khothatso Makibinyane at Setibing in rural Maseru on 16 May 2017 and dumped their bodies in the Mohale Dam.

The soldiers allegedly kidnapped and murdered the three men after the trio had just been released from police custody.  They had been detained in connection with a shooting incident at the Maseru border gate on 13 May 2017.

A soldier, Private Seliane, and a civilian, Moeketsi Makhabane – a street vendor, had been shot dead at the Maseru Border Post. Another soldier, Private Nkonyama sustained injuries and was rushed to Queen ‘Mamohato Memorial Hospital. He survived.

Six men, including the now deceased Messrs Noko, Pakela and Makibinyane, were arrested and detained at Pitso Ground Police Station in connection with the shooting incident. The three had been arrested together with Motlatsi Rantaoane (alias Teboho Mathota), Molise Motaung and Tello Thoi.

Testifying this week, Major Monyeke (who was a Captain at the time) said he had been assigned by the army to assist the police to investigate the shooting incident. He said he worked closely with Senior Inspector Mpheheletse Khatleli who was head of Criminal Investigations at Pitso Ground Police Station at the time. Major Monyeke was a member of the Military Intelligence at the time and had been deployed to assist the police together with a junior soldier, one Private Liphoso.

He told the court that when he reported to Brigadier Mphaki that their investigations had shown that only one of the six suspects were linked to the crime, the Brigadier ignored this and instead ordered them to kill all suspects to make them “pay”.

“On 14 May 2017, we agreed with Snr Insp Khatleli that there was nothing linking five suspects to the shooting,” Major Monyeke stated.

“The remaining suspect was Teboho Rathota. We decided to go to his hometown of Mohale’s Hoek to confirm his identity as we suspected that he had given us a false identity.

“At the meeting, Brigadier Mphaki’s opening remarks were that, ‘I cannot tolerate that soldiers under my command can be randomly killed by these Famo hooligans’. He then sought our individual opinions and the others agreed with him. On my part, I indicated that the preliminary investigations revealed that there was nothing against the other suspects and therefore I did not object to their release.

“Brigadier Mphaki interjected, refuting what I said. He said ‘Ba jele khomo ea molatelle’, which can loosely be interpreted to mean whether they are guilty or not, they must pay. He gave an order that the task of eliminating the suspects was upon us who were of the rank of Captain. I understood him to mean that those suspects must be killed. Since I was already part of the investigation team, I promised to provide intelligence (tip-offs),” Major Monyeke said.

He said on 15 May 2017 they proceeded to Mohale’s Hoek to confirm the identity of the prime suspect who had told them he was Teboho Rathota. But upon inquiry in Qoane, Mohale’s Hoek, they were informed that this real name was Motlatsi Rantaoane.

He said they returned to Maseru at around 6pm that same day and headed straight to Pitso Ground. He said he was shocked and annoyed to find his MI colleagues, who said they were there to abduct the suspects.

“Before we left for Mohale’s Hoek, I had instructed Liphoso to take the pictures of all the suspects and send them to Major Ramoepane. I had also taken the photo of the main suspect and sent it to Major Ramoepane via WhatsApp. The idea was for the people to be eliminated to be known by the MI team. I had been given clear instructions by Col Mochesane to report to Major Ramoepane,” Major Monyeke said.

Major Monyeke said the following day they took Rantoane to the Maseru Magistrates’ Court where he was charged and remanded in custody.

He said upon returning to Pitso Ground he learned that other suspects had been released and he immediately phoned Captain Moeletsi who told him they were already tailing the suspects. Those were Messrs Noko, Pakela and Makibinyane.

Major Monyeke said on 20 May 2017, Captain Moeletsi had told him that the three suspects had been strangled to death.

He said later in September 2017, Brigadier Mphaki had told him that the three murdered suspects had been thrown into the Mohale Dam.