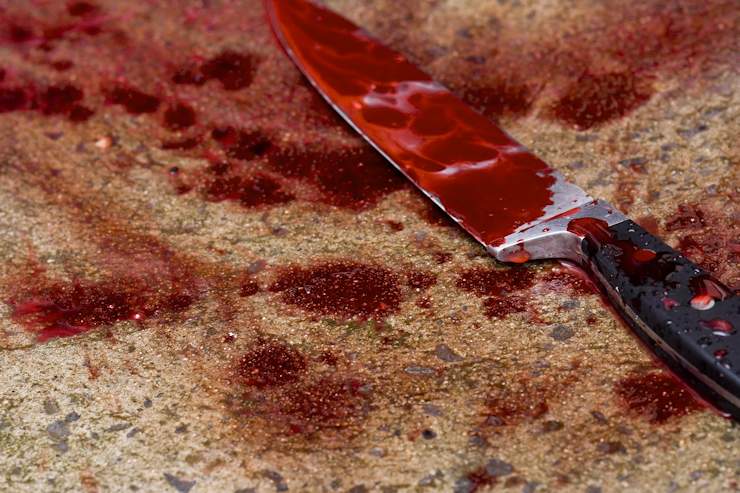 HIGHLY-PLACED sources in Koalabata this week narrated the harrowing details of the brutal killing of a middle-aged woman by her youthful, estranged lover in the dead of the night a fortnight ago.

The 30-year-old murder suspect, Tholang Jane allegedly walked into the 44-year-old woman’s house at around 2 am in the company of two men.

He had reportedly done this so many times before except that this time he was not expected nor wanted.

He allegedly killed her in cold blood in the presence of her three-year-old child while her other older female child was held hostage in the other bedroom.

The woman’s only crime was ending the relationship with the young man.

“They didn’t shoot her, they slaughtered her and it is said that the older child heard that something was wrong. Immediately after opening the door, the invaders stifled her with a pillow and locked her in her bedroom and left.”

The source said the suspects allegedly told the girl to stay in her bedroom while they went back to finish off her mother.

She further went on to explain that after finishing her off they informed the little girl to go and save her mother.

“She went into her mother’s bedroom and found her in a pool of blood and the three-year-old was sitting on the bed watching the whole episode as it unfolded. Maybe the child watched until her mother took her last breath.”

She said that the suspects then proceeded to steal the deceased’s Japan-made car which she used as a school bus.

“They rummaged through every room, stole a television set, blankets, and plates and damaged a lounge door with a brick before leaving the house.

“It was only at this time that the little girl managed to call her aunties and one of them rushed to the place to help the two children.

“This is so heart-breaking and there was a river of blood in that house,” she said, adding that the Koalabata residents fully supported the victims.

The source said the incident revealed just how vulnerable women were and they would continue to suffer at the hands of their oppressors.

The incident shocked the Koalabata community and opened old wounds of the two suspected ritual killings of Moholobela Seetsa and Kamohelo Mohata five years ago.

The three suspects will reappear in court on 18 May to face murder and theft charges.

“We initially arrested four people in connection with the murder of the 44-year-old woman from Koalabata,” Superintendent Molefe said.

“The fifth suspect, Tholang Jane of Mashai, Thaba-Tseka, was arrested on Wednesday last week,” he said, adding that two other suspects were released when it was found that they were not connected with the offence.

He said that they suspected that Mr Jane was the deceased’s lover.

“The three are suspected of killing this woman; stealing her belongings such as a car, clothes, household equipment and other things. We recovered the stolen goods from the suspects.”

He said the incident was an indication of the violence women sadly continued to suffer at the hands of men.