The ANC brand is bulletproof 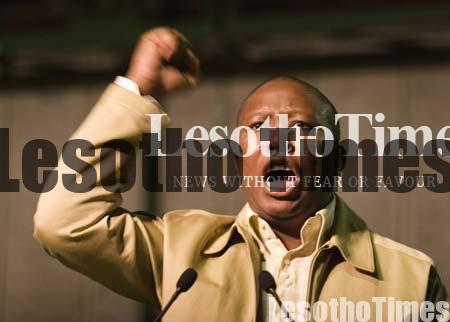 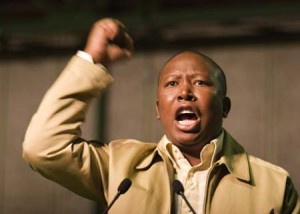 LOOKING at the South African po­litical environment from an objective marketing point of view, the obvi­ous conclusion is that Brand ANC is pretty much bulletproof.

In spite of all the often justifiable mudslinging from the media, op­position parties, service-deprived communities, court cases, corrup­tion, bent ministers and all the other slings and arrows that descend on the ANC on a daily basis, the party still retains a strong brand loyalty that is largely impervious to all these onslaughts.
And the core of this loyalty lies in two words: “Struggle” and “Man­dela.”

The power of these elements ris­es to the surface when you hear so many voters in this country telling friends, family and the mass media that in spite of the fact that the ANC of 2013 is nothing like the ANC of 1994, they would still find it exceed­ingly difficult to vote for anyone else.

This phenomenon is similar to that found in religion. Ask any Catholic who might be ashamed and disgusted by the sex scandals and corruption in their church, whether they intend becoming Anglicans or Methodists and they will look at you with horror.

Ask any Muslim who is ashamed and disgusted at what the militant fundamentalists are doing, whether he would consider changing to Bud­dhism or the like and he will prob­ably look at you with horror.

Ask any Jew who is not in the least bit supportive of Israel’s policies to­ wards the Palestinians, whether he would consider switching to Chris­tianity and he will look at you with horror.And, while there are many ANC members today who do not agree with the direction their party is taking, most of them will look at you with horror if you suggested they join Agang, Cope or the DA.

This was no more evident than during the last municipal elections when, in a number of areas, votes would go to the ANC in big numbers and the very next day those same voters would be protesting outside ANC councillors’ houses against poor service delivery.
But, as history has shown, no brand, however powerful, is com­pletely immune.

The ANC is no different and the marketing challenge it faces lies in the hands of its own youth league.
Quite simply, the ANC Youth League has becoming the de facto brand custodian for the ANC.
Simply because the vast majority of voters in this country are under the age of 30. And the majority of those are unemployed and getting more desperate by the day.

In the last elections, this was the branding job that Julius Malema did magnificently.
He single-handedly drew in more votes for the ANC than the entire national executive committee put together.
But now of course, he has created his own brand and will be wanting to keep the loyalty of all those who supported him when he headed up the ANCYL.

While the ANC can still rely on the brand cornerstones of Nelson Mandela and that they were the peo­ple that delivered freedom to black South Africans, there is a chink in the brand armour.

The level of the ANC’s success in next year’s elections will depend on whether the current well-behaved ANCYL will be able to convince the youth of this country that they will look after them.

And in terms of brand strength it will be extremely interesting to see whether the unemployed youth of this country have reached that point of desperation where they are pre­pared to ditch the struggle creden­tials of the ANC in favour of Julius Malema’s EFF.

That where the brand battle will take place. — News24

SA choked by the yoke of slavery