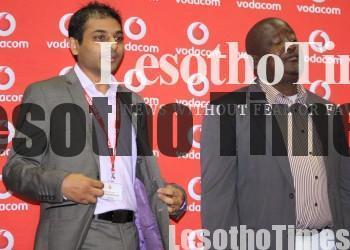 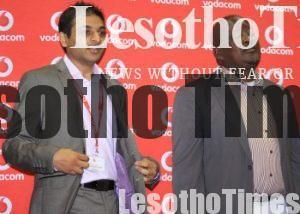 It is only fitting that I congratulate all the winners especially Lioli youngster Tšepo Serutumane who won the three biggest accolades of the day only in his second season of top-flight football.

There is no doubt that the talented striker has the potential to become one of the best players to come out of this country.

I hope fame that comes with the newspaper headlines won’t run into his head.

I also hope he continue to put his feet firmly on the ground. He should let his God-given talent do the talking on the field of play.

I have always insisted that the individual awards were the missing link as we walk towards turning professional in a few years time; thumbs up to Vodacom and the football authorities for listening to that call!

And indeed, the biggest news during the awards came from Vodacom Lesotho managing director, Ian Ferrao, who announced that the telecommunications company had no intention of turning their back on football in the country.

That was indeed a sigh of relief to the football fraternity and we hope that the new sponsorship deal will be bigger and better.

The past five days have indeed been very memorable as far as football is concerned in the country.

Last Friday also marked another important day as the Minister of Gender, Youth, Sports and Recreation, Thesele ’Maseribane, held a gala dinner to thank Likuena players for making the country proud during the recently ended Cosafa Cup that was held in Zambia. The Lesotho team overcame their poor performance in the 2014 World Cup qualifiers to reach the semi-finals of the regional tourney 13 years since they lost to Zimbabwe in the final of the same competition.

For a change, our players were treated like important citizens, especially after going against all odds to top a group that included Kenya and Botswana who were favourites to reach the knockout stages.

Likuena also knocked out seeded Angola and were the highest scoring team in the tournament.

Credit should also go to Matekane Group of Companies and Nthane Brothers who each pledged M150 000 to the team in appreciation of their hard work.

I cannot close this column without congratulating the duo of Thapelo Tale and Katleho Moleko who will be jetting to Cape Town to join Santos.

The Likuena duo impressed the former South African champions during a two-week trial period after they had caught the eye of the Cape Town-based team during the Cosafa tournament.

This not only answers the prayers of Likuena coach, Leslie Notši, who has always maintained that his team can be better if more of his players can win contracts to ply their trade in competitive leagues.

The boys will be exposed to better facilities, play competitive football week-in, week-out and also get good incentives that will help them financially.

They join another Likuena duo of Tšepo Lekhoana and Litšepe Marabe who will also be playing in the South African First Division league.

Our prayers are also with Thapelo Mokhehle of Bantu who is also on trials at Maluti FET College.