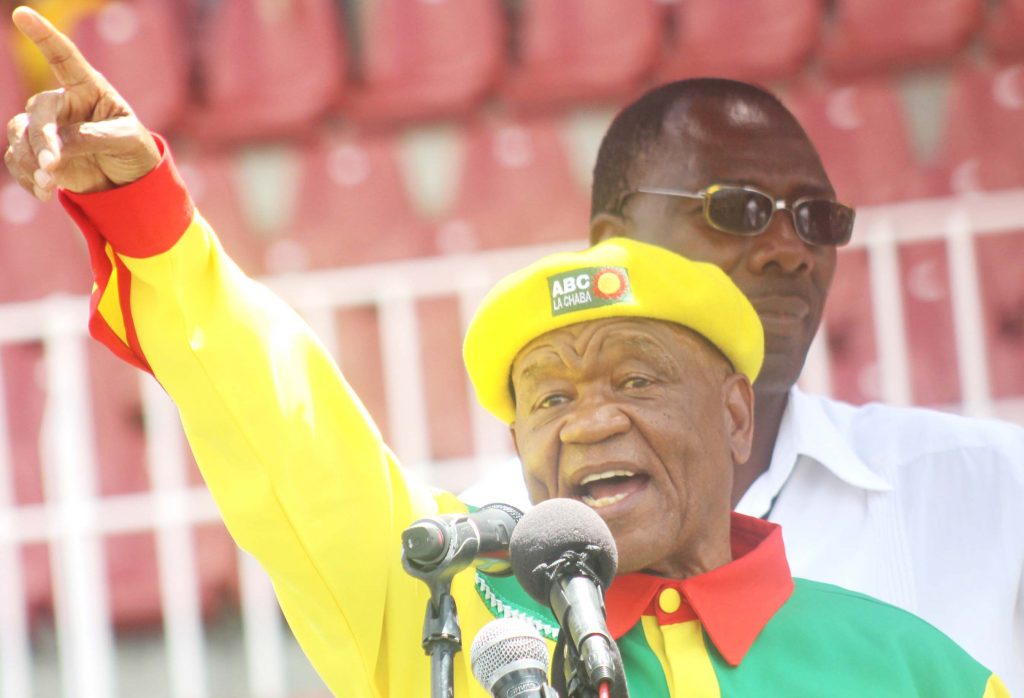 Exiled All Basotho Convention (ABC) leader Thomas Thabane has vowed to lead his party to victory in the 2020 general elections and scoffed at “malicious claims” by his rivals that he is too old and unfit to hold public office.

Dr Thabane turns 77 on 28 May and will celebrate his birthday at his South African refuge in Ficksburg for the second consecutive year.

The former premier fled Lesotho on 11 May 2015 saying he had been reliably informed of a plot to kill him by members of the Lesotho Defence Force.

However, over recent weeks, Dr Thabane has been the target of sarcastic remarks by members of the ruling Democratic Congress (DC) and Lesotho Congress for Democracy (LCD), who insist he would be “too old” when the next parliamentary elections are held in four years’ time.

But Dr Thabane insisted he would lead the ABC to power again, the same way he became prime minister in 2012 when his party formed a coalition administration with the LCD and Basotho National Party, only for squabbling to end the alliance midway through the government’s five-year term.

“Claims by Congress supporters that I can’t make it to the next elections are baseless and malicious. Even if the elections come in 2020 which is the expected time, it doesn’t matter because I will be there to lead my party and I will lead it to victory and shame those detractors,” Dr Thabane told the Lesotho Times this week in an interview to mark his birthday.

“I am totally fine and strong enough to finish what I started. My rivals will definitely see me leading the ABC to victory the way Dr Ntsu Mokhehle did with the BCP (Basotho Congress Party) in 1993 (at 75) and LCD (in 1998 when he was 80). Like we used to boast that Dr Ntsu would just be a face of the LCD’s victory, I will also be honoured to see myself being used the same way and taking the ABC to a landslide victory.”

Dr Thabane insisted age was nothing but a number as he continued to sound the battle cry.

“Like I said, Dr Mokhehle was 80 years old when he chose to step down and hand-over power to Pakalitha Mosisili on 21 February 1998. To me, age is nothing and can’t stop me from helping the ABC grow further and become the ruling party again.

“Those who laugh at me in the Congress parties must remember that we used Ntate Mokhehle when he could not even speak due to poor health.

“As for me, I am still very robust.  So those who think I am dying are fooling themselves,” Dr Thabane said.

Asked about recent comments by DC Youth League President Thuso Litjobo that he must be ready to die in South Africa because of his pre-condition that he would only return to Lesotho when army commander, Lieutenant-General Tlali Kamoli had been dismissed, Dr Thabane said he was not going to engage in slanging matches “with children”.

“Those remarks have been made by young boys or girls and I can’t argue with them because they are just children.

“What I am trying to say is, the issue of my escape can’t be discussed by kids. It is not something to be made light of by party youths. The people who are supposed to deal with the matter are not the youths but their seniors in government.

“Like we have always done before, Mosisili will engage me in due course over the issue.”

The ABC leader further warned politicians against “misleading soldiers” into believing they could rule Lesotho again the way they did through Major-General Metsing Lekhanya from 24 January 1986 to 2 May 1991.

“The army’s greed for power must stop because soldiers are not going to rule Lesotho again. Lesotho will not regain peace and stability if soldiers continue to be so power-hungry after being misled by politicians,” Dr Thabane continued.

“I did not run away from Mosisili or his allies in the seven-party coalition government. I ran away from the army which threatened me under the command of Kamoli.”

“It was not me who decided that Kamoli must be removed from the command of the Lesotho Defence Force but SADC.

“But like any other challenge, I know I have to go through trials and tribulations to achieve peace, stability and security for my country.”

Dr Thabane also urged Basotho “to stay in Godly faith” because the founder of the Basotho nation, Chief Moshoeshoe I “invested in bringing Christianity to Lesotho”.

“Basotho must make use of their founder’s investment by trusting in God because he is the only solution to the country’s problems, not politicians. “Basotho must stop allowing greedy politicians to confuse them by instilling hatred among them,” Dr Thabane said.