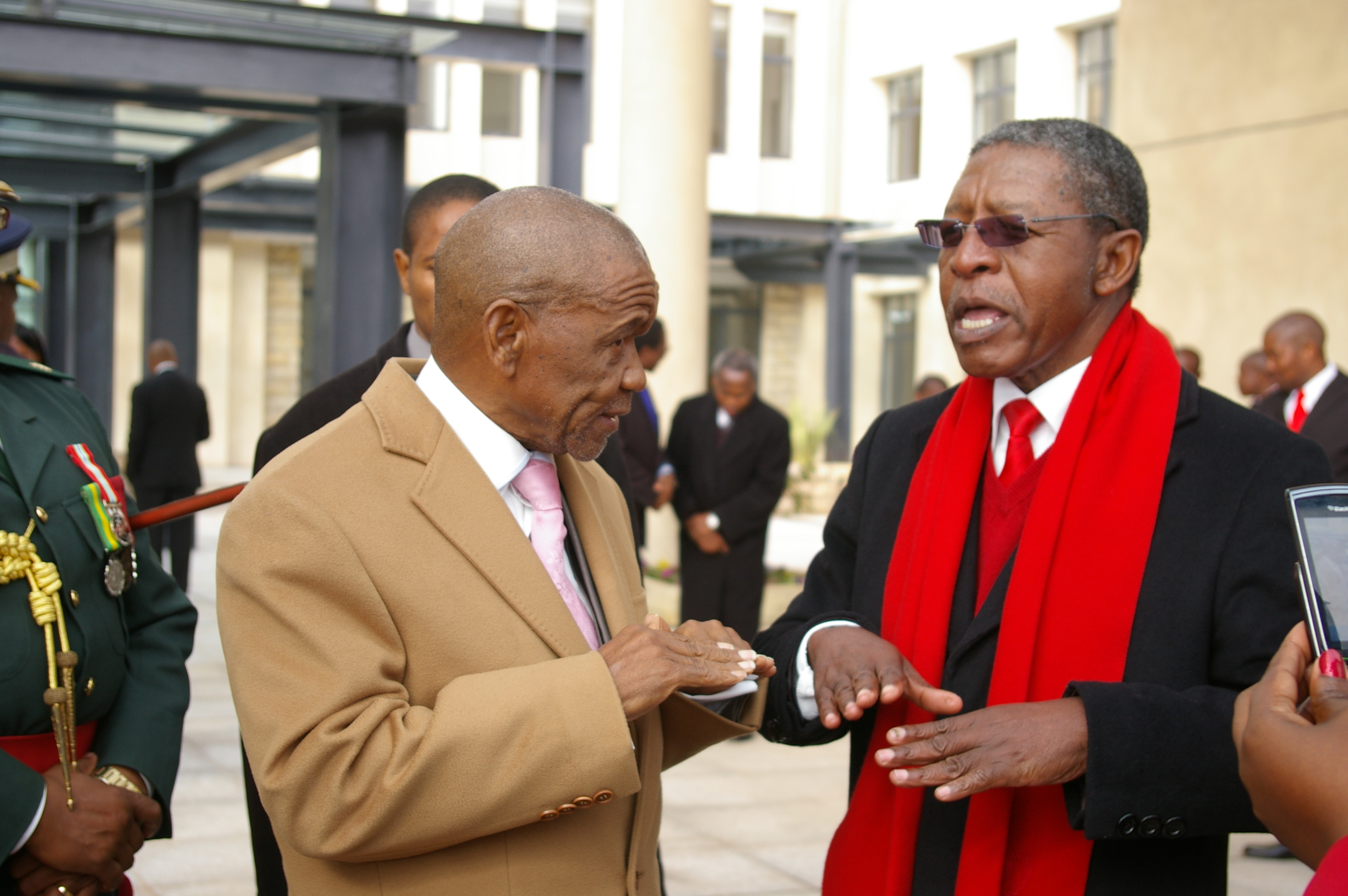 PRIME Minister Thomas Thabane yesterday held a closed meeting with his predecessor, Pakalitha Mosisili to discuss the implementation of the multi-sector reforms.

Dr Mosisili who is the leader of the opposition Democratic Congress (DC) met Dr Thabane as a representative of all opposition parties.

“The Prime Minister extended an invitation to all opposition parties, giving them 15 minutes each to meet with him. But we felt that nothing would be achieved in that short space of time and we therefore decided that we should give the time allocated to all parties to Ntate Mosisili so that he represents us,” Mr Qoo said.

He however, would not say what was discussed in the meeting.

The press attaché in the Prime Minister’s Office, Thabo Thakalekoala, also refused to give details of the meeting.

“The meeting was a closed one between the two leaders and details of what they discussed in the meeting is not yet in the public domain,” Mr Thakalekoala said.

SADC gave Lesotho until May 2019 to have fully implemented constitutional and security sector reforms.

However, the reforms process has stalled largely as a result of the constant bickering between the government and the opposition over the latter’s demands for the establishment of a government of national unity and an end to the prosecutions of army officers suspected of human rights violations among other things.

So far the only tangible developments with regards to the reforms process have been Prime Minister Thomas Thabane’s speech in parliament to formally launch the reforms and the holding of the National Day of Prayer for the reforms early last month.

A government roadmap that was presented to the SADC heads of state in Angola in April this year indicated that the National Leaders’ Forum and the National Dialogue Planning Committee (NDPC) would have been convened and launched three months ago.

Foreign Affairs and International Relations minister Lesego Makgothi recently told this publication that the National Leaders’ Forum will get underway on 16 August this year.

He said this would be preceded by a “pre-national leaders’ forum” which would be held on 1 and 2 August to work on the modalities for the National Leaders’ Forum.

Metsing confident of returning for reforms