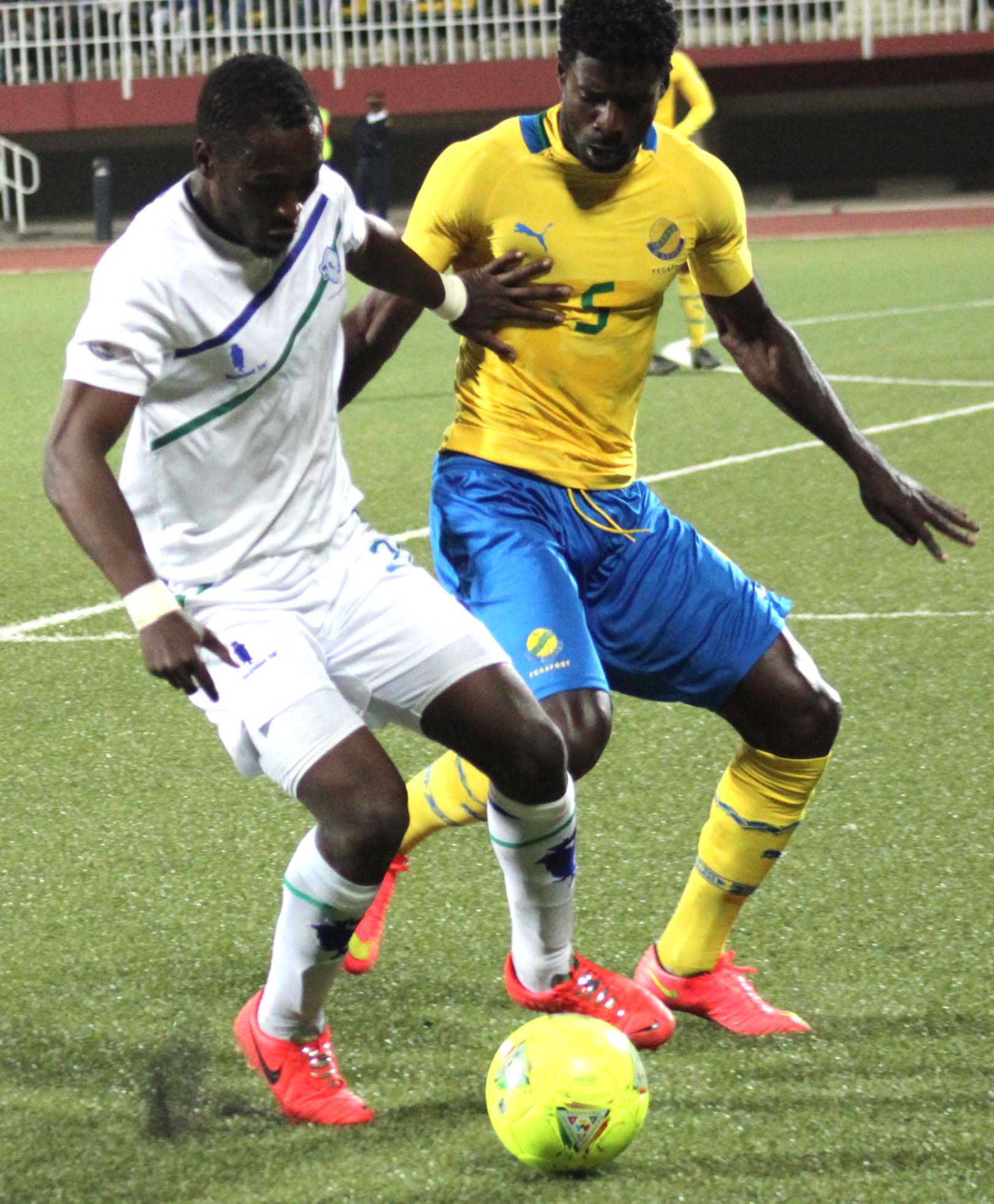 TEN-MEN Likuena managed to salvage a draw and clinch an important point against Gabon in the 2015 Africa Cup of Nations (Afcon) qualifier played yesterday evening at Setsoto stadium.

Chances of Seephephe “Mochini” Matete’s charges registering their first win of the qualfiers were dealt a body blow in the 35th minute when goalkeeper, Mohau Kuenane, was shown a straight red card for handling the ball outside the box.

This was after Gabon began the first half of the match as the stronger of the two sides and created a lot of goal-scoring chances through star striker, Pierre Emerick Aubameyang, who plies his trade in Germany’s Bundesliga for Borussia Dortmund.

Likuena, who had to make two enforced substitutions in the first half of the game, still managed to create their own chances through Tšepo Seturumane and Thapelo Tale.

Motlalepula Mofolo was the first to be taken out in the 20th minute after suffering an injury while Kuenane was sent off, forcing Matete’s hand with striker Seturumane having to be sacrificed.

Young Likhopo goalkeeper, Kananelo Makhooane, was thrown into the deep end for his official Likuena debut, managing to make good saves immediately after coming on as the match headed for the half-time break goalless.

Likuena started the second half invigorated and came out fighting despite being a man down.

With Likuena now in control of the match, the home side shocked the visitors as Lekhanya Lekhanya broke the deadlock after good combination play with Tale in the 70th minute.

Both teams continued to create chances, but could not find the back of the net with Gabon trying to catch out Makhooane from range.

Gabon managed to rescue a point in the dying minutes of the match with a well taken shot from range by Levy Madinda in the 84th minute for the equalising goal.

Matete applauded his team despite conceding a late goal that denied them their first win of the Afcon qualifiers.

“I think we proved again today that we are a strong team despite having to make two enforced changes within the first half of the match,” Matete said.

“We made errors too, but you have to understand that we did not have the best preparations leading to this match.”

The Likuena mentor said his team showed mettle playing with one man down after Kuenane was red carded in the 35th minute.

“We showed character in recovering from a forced change early in the match as well as the red card,” said Matete.

“I think we could have done better had it not been for the injury and the red card, but a draw was good to keep our dream of playing in the next year Afcon tournament alive.”

The veteran gaffer said his team is well on course to play in the continental showcase set for Morocco next year.

“There is still a lot to play for and I think we did very well to get a draw under the circumstances that marred our preparations,” he said.