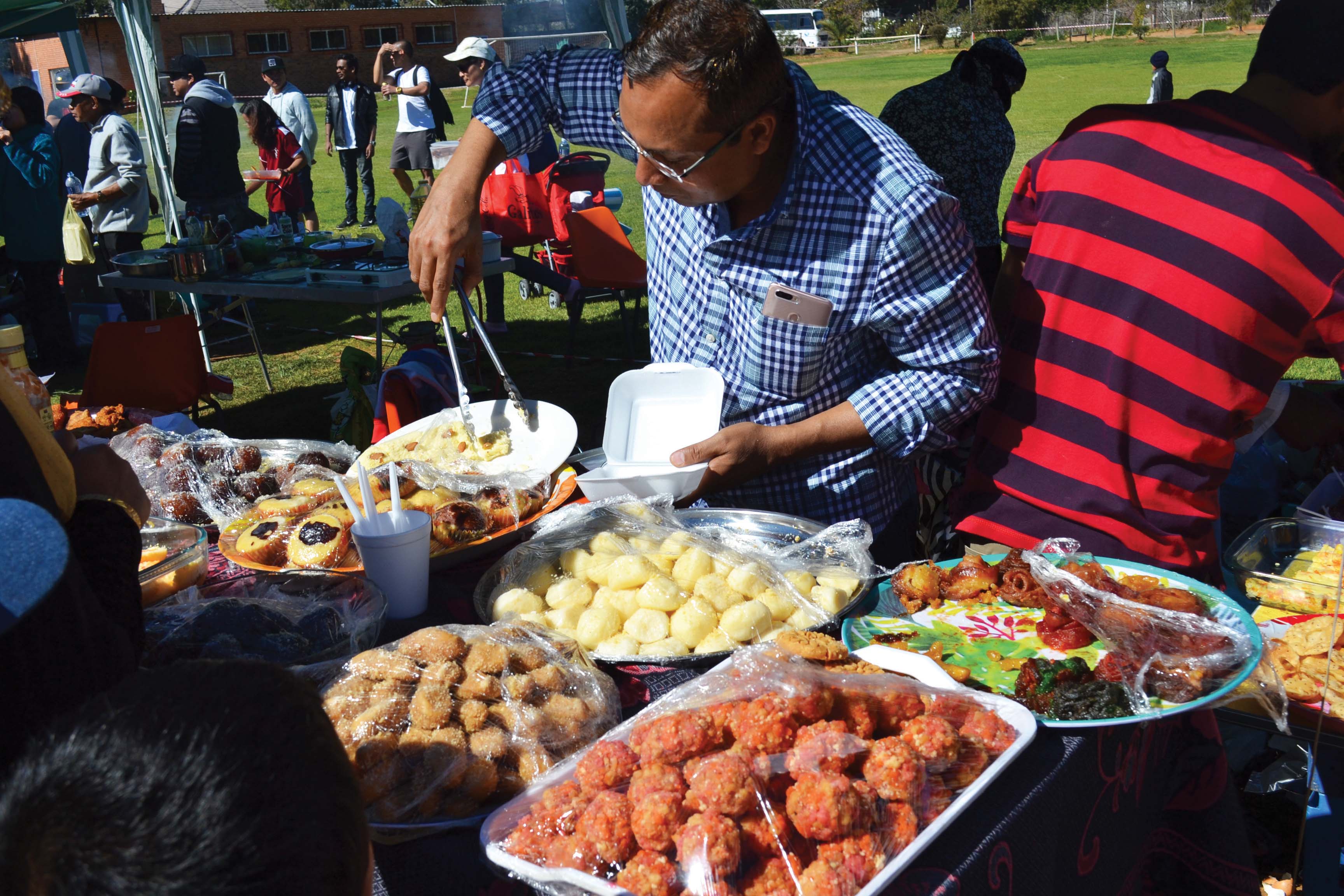 Several nationals resident in the country presented their famous country dishes that were sold at prices ranging from M5 to M50.

Among the countries represented were Bangladesh, Ethiopia, Pakistan, Philippines and India among others. Guests who included the Minister of Home Affairs, Tsukutlane Au, got to enjoy mouth-watering dishes such as bhel, voda pav, birinyane, halim, medhu vadai, masala dhosa, spring-rolls, samosas and braai.

Unicyclist, Mohau Mosaase, performed circus stunts that compelled patrons to dig deep into their pockets as they kept throwing notes to urge him to continue.

According to the IAL joint treasurer, Salman Mohammed, the event is held on annual basis to foster unity among the diverse cultures existing in Lesotho.

“This is a get-together held at the beginning of every May to celebrate different cultures and cuisines that exist in Lesotho,” he said.

“It is meant to celebrate cultural diversity and create new memories with loved ones, putting aside the difference in our skin colours and only bear in mind that we are one humanity. I would like to commend the association members for going out of their way to organise this beautiful show.”

IAL was established in 1988 as a non-profit, non-partisan and non-sectarian organisation with the primary purpose of providing a cultural and educational platform for people of Indian-descent in Lesotho.

The IAL president, Biju Abraham Korah said the association has been working selflessly to create and promote cooperation of social and cultural integration between Basotho and India.

“Several times in each year we also organize free medical camps where we take the Indian doctors living in Lesotho to remote areas to offer free treatment and medicines to the communities,” Korah said.

“We also sponsor groceries for orphanages and engage in community service initiatives.

“We take interest in this event as also serves as a gateway to strengthening the people-to-people relations between countries. This festival adds structure to our social lives and connect us with our families, friends and heritage.”

For his part, Minister Au, who spoke on behalf of Deputy Prime Minister, Monyane Moleleki, commended the work the IAL has been doing in Lesotho.

“On behalf of Basotho I would like to thank the Indian association for the marvelous work they have been doing in the country through education and community development. This event also promotes unity among different nationals and they have done a sterling job in organising such a wonderful event,” Au said.