I am still in control – Thabane 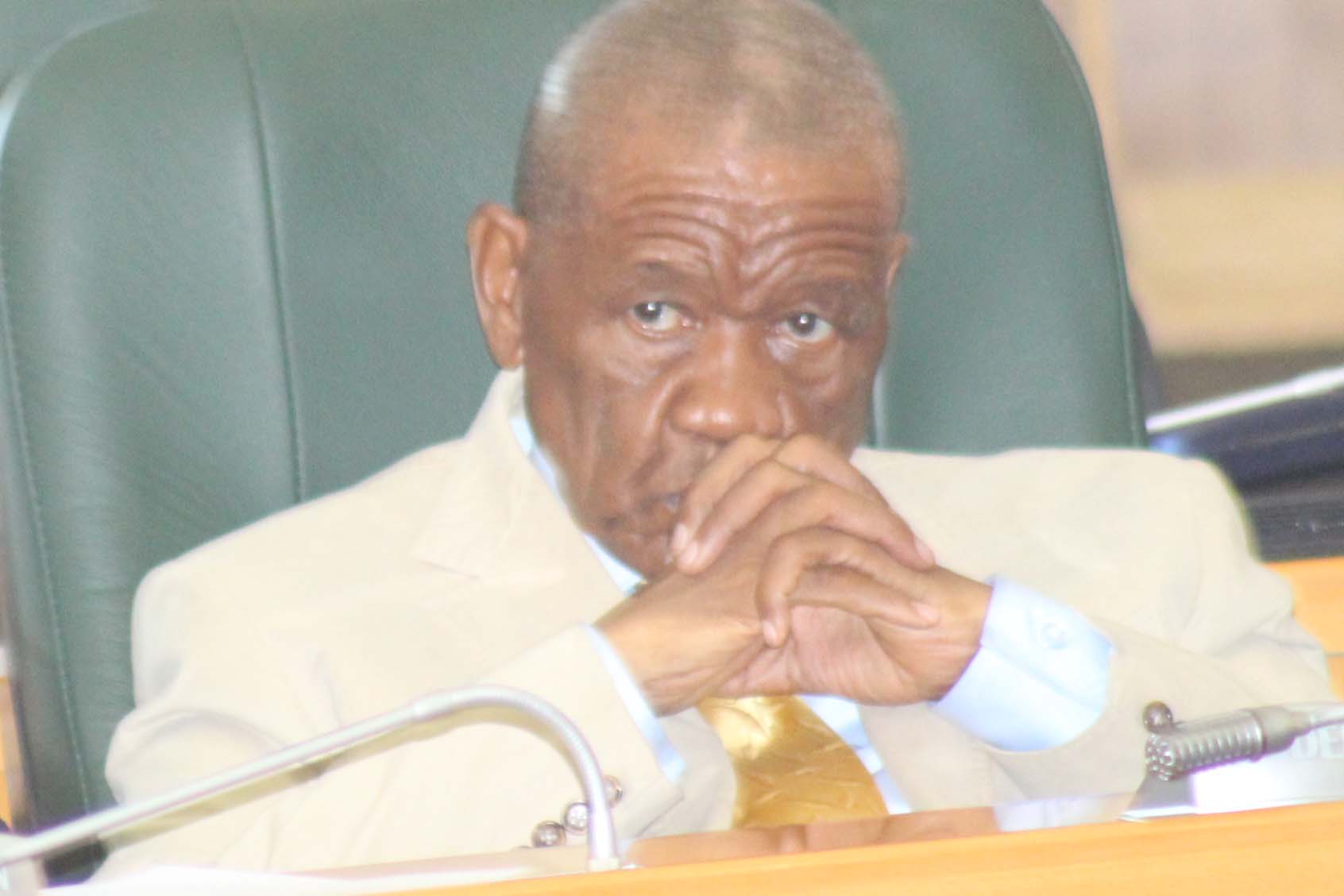 PRIME Minister Thomas Thabane has assured Basotho that he remains in charge of the government and will shortly be back in the country to assert his authority after Lieutenant General Tlali Kamoli’s attempt to stage a coup.

The Prime Minister also insisted that he had fired Lt General Kamoli and the latter was no longer the head of the Lesotho Defence Force (LDF).

Dr Thabane told the Sunday Express that he had appealed to South African President Jacob Zuma for direct military intervention to help stabilise the situation in the Kingdom and was awaiting the Southern African Development Community (SADC)’s response and decision on the matter.

“I have asked President Zuma for troops to help us with the situation in the country. President Zuma is now seized with the matter as chairman of the SADC organ on defence and security…” said Dr Thabane in the interview, in which he held Lt General Kamoli responsible for the mayhem in the country from early yesterday.

Dr Thabane said Lt General Kamoli’s actions were also partly influenced by his anti-corruption drive which had seen the charging of a number of high profile individuals. He implied that his main coalition partner, Lesotho Congress for Democracy leaderMothetjoa Metsing, was against his anti-corruption drive and was working in cahoots with Lt General Kamoli.

But Dr Thabane said he would intensify the anti-corruption drive even if it means “I will lose my feet fighting corruption”.

“No one should be spared in this fight against corruption, even myself. If I am found to be corrupt, I must also be targeted. The critical thing is to empower anti-graft agencies to do their work, this is exactly what I am doing…,” said Dr Thabane in implicit reference to his deputy in the coalition government, Mr Metsing, whom the police want charged for allegedly accepting bribes in a roads projects tender.

Mr Metsing has since gone to court to try and thwart the Directorate on Corruption and Economic Offences (DCEO) from demanding that he explains substantial money deposits into his account over a period of nine months.

Dr Thabane insisted that he had fired Lt General Kamoli despite the latter’s charge that he remained at the helm of the LDF.

“As far as we are concerned, the old guy (Kamoli) is no longer in charge…We have appointed someone to replace him.”

The Prime Minister said he had fired Lt General Kamoli for refusing to handover suspects involved in the bombing of the residences of Police Commissioner Khothatso Tšooana and his partner Liabiloe Ramoholi.

Although he refused to confirm in the interview whom he had replaced Lt General Kamoli with, his spokesman, Thabo Thakalekoala had earlier announced that Brigadier Maaparankoe Mahao was the new LDF commander.

But Lt General Kamoli vowed to remain in his seat as army commander in an interview yesterday, a development that may possibly create  room for further chaos.

“As far as I am concerned, I am still the army commander and in full control of all Lesotho Defence Force instruments. You can even come by my office now at Ha Ratjomose Barracks and see for yourself that I am still in office and in full charge …,” said Lt General Kamoli in the interview.

Lt General Kamoli refused to talk about his army’s activities and whether he had seized power for himself or not, only preferring to say his only aim in giving the interview is to debunk a radio announcement  by Dr Thabane’s Press Secretary, Thabo Thakalekoala, that he had been sacked as army chief (see story on Page……..

Dr Thabane said he had decided to fire Lt General Kamoli because of “actions by the army commander that offended the rule of law.”

It is suspected Dr Thabane was the target of the attacks as he was known to frequent his girlfriend’s house.

Thabane said the commander’s actions in refusing to handover the eight army suspects to the police were unacceptable.

“His refusal to handover the suspects was a problem and showed his disrespect for the rule of law…,” said Dr Thabane. He said his dismissal of Lt General Kamoli was not victimisation but necessary as the commander’s position had become untenable.

Dr Thabane said he had generally enjoyed a good working relationship with Lt General Kamoli and it was a pity the LDF commander “had gone off the rails”.

“He was appointed to be LDF commander in an acting capacity by the previous government….We then confirmed him into that position. We did not expect that certain unpalatable things would happen under his command….I have thus decided to relieve him of his duties…,” said Dr Thabane.

When asked about Lt General Kamoli’s insistence that he was still head of the LDF, Dr Thabane said, “I am not going to worry about that,” before discontinuing the call to take another call from President Zuma.

Thabane could not specify when he would be back in Lesotho but said he will come back as “soon as I have finished my business in South Africa”.

“I am not a refugee in South Africa. As soon as I am finished with my business I will be back home….,” he said.

I am still LDF commander – Kamoli