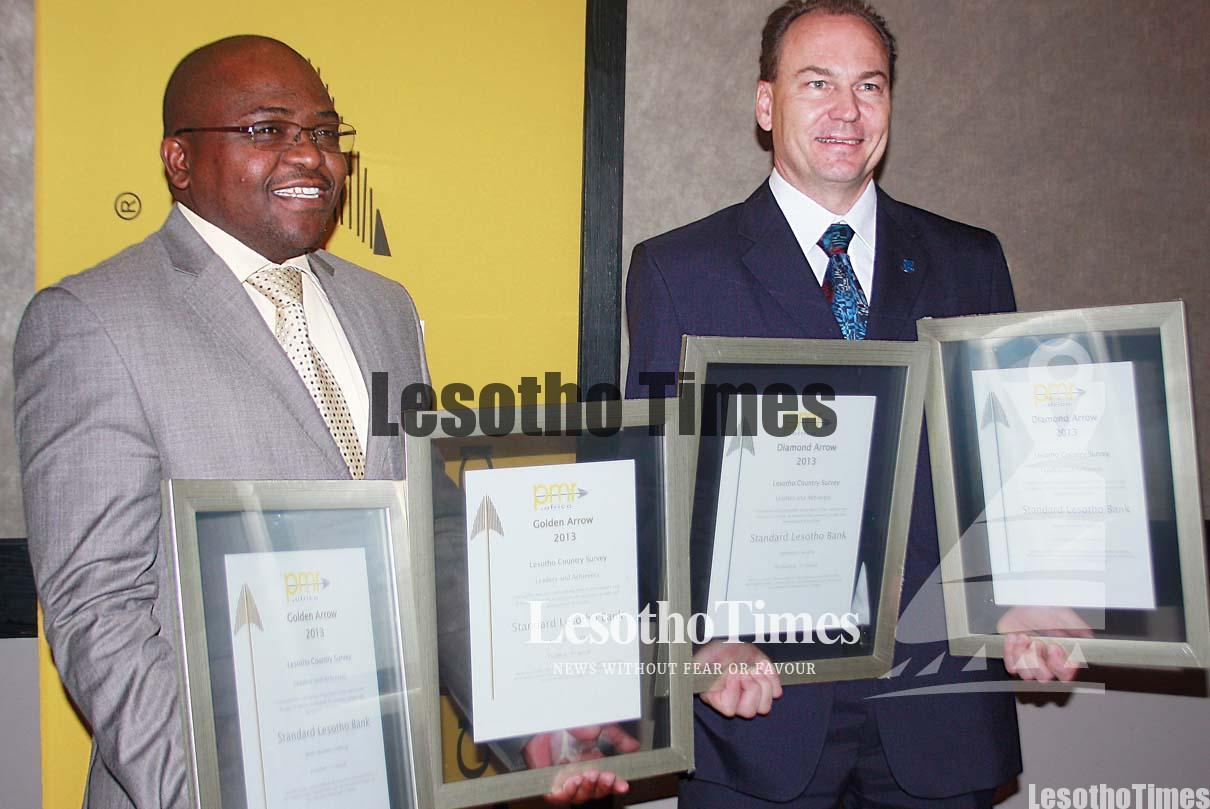 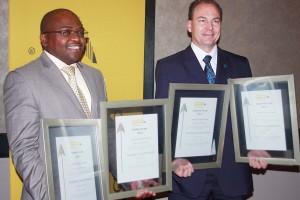 In recognition of his outstanding service and contribution to economic growth and development of Lesotho, Standard Lesotho Bank’s chief executive Mpho Vumbukani, won the coveted Diamond Arrow Award for Outstanding Leadership as voted by key business persons over the past 12 months.

The awards are based on a survey of a sample of national respondents comprising CEOs, MDs, Business owners, Company directors, Managers, and senior national and local Government officials.

Remarking on the bank’s stellar achievement, Vumbukani said: “The Board and Management thank the entire Standard Lesotho Bank Team for a job well done”

“These awards are a demonstration of their hard work that is being recognised by the market, and we will continue to do our best in all our respective areas, to deliver exceptional service to the nation” he said.

Head of personal and business banking Mike Edcumbe said receiving the awards was a gratifying experience and an obvious show of confidence in Standard Lesotho Bank’s products and services to customers.

“Credit goes to our dedicated team of staff who are star performers for the bank.

“In a way it is also not surprising that our Chief Executive, Mr Mpho Vumbukani won the award for outstanding leadership.

“We are very proud of our people” said Edgcumbe. The awards are granted based on a research process that rates companies and institutions on respondents’ perception.

The research process which focuses mainly on evaluating and measuring customer service and customer satisfaction, serve as indicators of an institution’s competencies and leadership in respective industries.

Standard Lesotho Bank continues to dominate PRM Awards every year and the
Bank has also won other accolades beyond Lesotho.