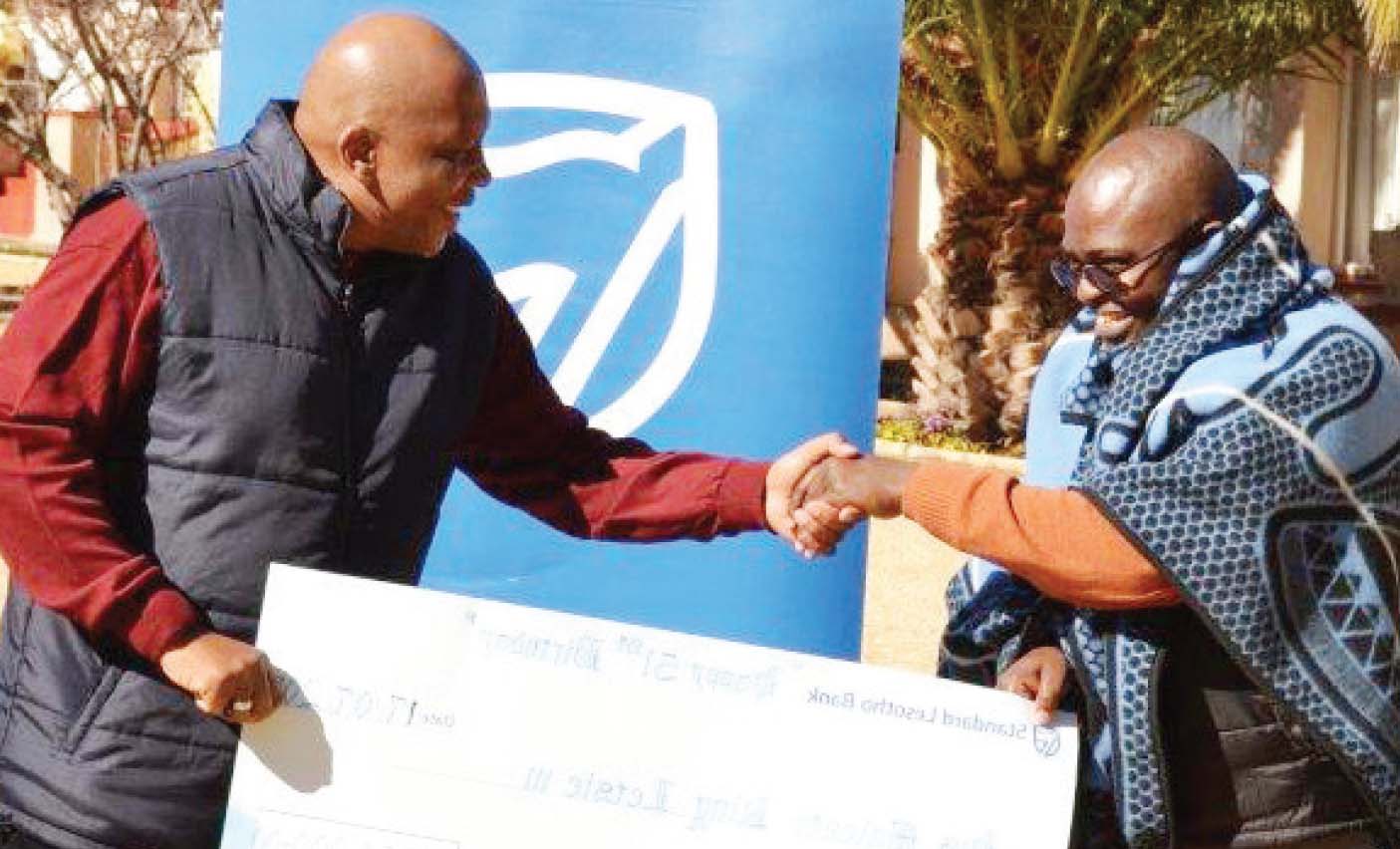 STANDARD Lesotho Bank presented a M560 000-cheque to King Letsie III on Monday this week as a gift for his 51st birthday.
The handover ceremony took place at Matsieng Royal Village.

His Majesty turned 51 years of age on 17 July, and a grand celebration was held in Mokhotlong to mark this very important birthday.

Speaking at Monday’s cheque-presentation ceremony, Standard Lesotho Bank Chief Executive Officer, Mpho Vumbukani, said M5000 000 would be used to build a new maternity wing at Scott Hospital where the King was born on 17 July 1963. Mr Vumbukani added the remaining M60 000 was for the reconstruction of a boys’ dormitory at Moshoeshoe II High School, which was gutted by fire last year.

“This project started last year after the King made us aware of the need for refurbishment at the two institutions. We then thought that instead of the usual farming gifts that we normally give to His Majesty on his birthday, we should donate money for the two projects. A Board of Trustees has already been elected to oversee the projects,” Mr Vumbukani said.

In his acceptance speech, King Letsie III thanked Standard Lesotho Bank for the funding, which he said would benefit Basotho.
“I am grateful for this big gift I am receiving from Standard Lesotho Bank today. I am even happy for the people who will benefit from the projects that this money is going to take care of.
“I am thankful also to the nation because it is through their hard work that you have been able to extend this gift,” His Majesty said.
On his part, the Moshoeshoe II High School headmaster, Motšoane Letšoala, said he was relieved the torched dormitory would be finally refurbished.
“I am so happy that the dormitory will soon be refurbished.
“We did not have the capacity to do it ourselves because of lack of funds, but thanks to this donation from Standard Lesotho Bank, the rebuilding will now be possible.
“The students’ learning will hopefully improve because they will now have ample living space,” Mr Letšoala said.