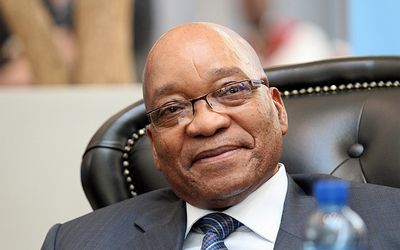 South Africa’s Public Protector has released a report revealing improper use of public money on the upgrades to President Jacob Zuma’s private home, saying the president may have contravened executive ethics code.

Before the release of the much anticipated report, Zuma had denied any wrongdoing.

But the report says the president should have been aware of the exorbitant costs of the upgrade of his Nkandla home in rural Kwazulu-Natal.

Critically, however, the Public Protector, Thuli Madonsela absolved Zuma of misleading parliament on the costs of the upgrade, saying this may have been a bona fide mistake.

In the critical report released on Wednesday, entitled “Secure in comfort”, Madonsela found that Zuma had contravened the executive ethics code because he failed to stop the spiraling costs of the upgrades, as is his duty as a member of the Cabinet.

The costs of the initial upgrades were estimated at about R27 million ($2,5 million) but skyrocketed to about R246 million ($23 million).

Madonsela ordered that Zuma pay back some of the costs and said the cost to be paid back should include some items, which were not security features.

Zuma’s private Nkandla homestead has been at the centre of controversy after it emerged that the Public Works Department had approved upgrades of over R206m.

The private residence includes a gym, amphitheater, chicken run and private hospital. The upgrades were also described as “opulent and excessive in expenditure”.

She also found that some measures by officials constituted improper conduct and maladministration.

Madonsela received seven requests to investigate Nkandla in 2011 and 2012.

She was later asked to investigate whether Zuma lied to Parliament in 2012 when he said that his family had paid for the construction of Nkandla.

According to Section 181 of the constitution – the Public Protector is independent and impartial and must exercise her powers and perform their functions without fear, favour or prejudice.

Madonsela has been criticised by the ruling African National Congress for her handling of the probe.

“Impeachment is the correct course of action for this flagrant abuse of public money” DA Parliamentary leader, Lindiwe Mazibuko said in a statement.

“It refers to the power the National Assembly holds, in terms of section 89 of the constitution, to remove a president from office if he has acted in ‘serious violation of the constitution or law’, or is believed to have committed ‘serious misconduct’,” Mazibuko said.