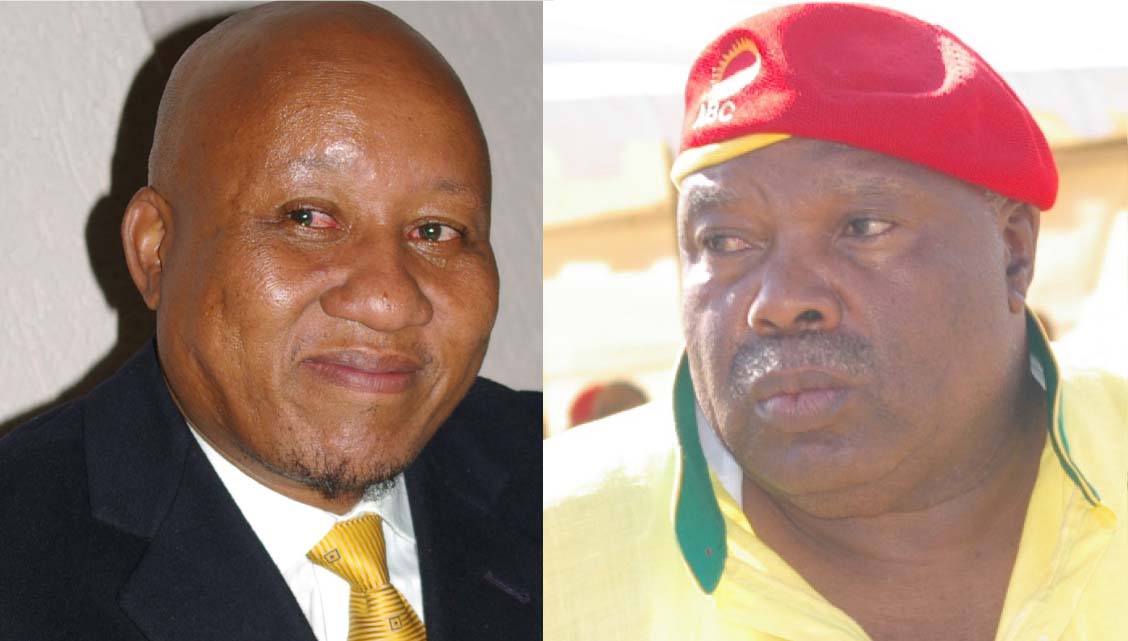 Authoritative sources this week told the Lesotho Times that former Minister in the Prime Minister’s Office Molobeli Soulo and former Justice and Correctional Services Minister Mophato Monyake were “plotting to form a splinter party of the ABC”.

Both Monyake and Soulo contested for the posts of deputy-leader and chairperson in this month’s ABC elective conference but lost.

Monyake had never been a member of the ABC executive committee while Soulo had been serving as the party chairman for eight years when his tenure was abruptly ended after he lost the election.

One of the sources alleged the aggrieved duo has been meeting at Soulo’s Lithoteng residence to hold meetings in which they are “seriously discussing forming a new party”.

“Since the two were fired last week, they have been meeting at Soulo’s home along with several other party members to discuss how to get their party off the ground,” the source said.

The source added: “Soulo and Monyake have followers from the ABC who have been showing them their support when attending those meetings”.

Another source who is a member of Soulo’s inner circle but sought anonymity told this paper on Tuesday that she had also heard about the allegations and decided to confront Soulo who in turn “ferociously denied the party plot”.

“I asked him directly and he denied it but in Lesotho politics there’s never smoke without fire,” she said.

“Although he pretends to be alright to the outside world, he feels betrayed by the ABC leader and it is undeniable he wants to exact revenge.”

Another source close to Soulo said even if the former ABC chairman wanted to form a party “he does not have what it takes”.

“He lacks Thabane’s mass appeal and cannot therefore garner support on his own as he was merely a brand within the ABC,” the source said.

“Even Thabane himself could never win people’s hearts if he decided to breakaway because the ABC made him what he is today.”

Soulo, 59, on Monday denied the allegations saying, “I just don’t have the energy for that”.

“I am in my old age and no longer have the energy and time to form a new political party,” Soulo said.

“I am 59 years old and cannot afford to campaign for a newly formed party because it needs young and vibrant people”.

Soulo firmly added that he was still a member of the ABC and the party’s proportional representation MP despite the fact that he was not elected into the party’s national executive committee.

Soulo said he is overwhelmed by the attention that his colleagues are giving him although “I’m a reject of both government and the ABC”.

“I am a reject and wonder why these people are spreading lies about me,” Soulo said.

Monyake also fiercely denied the allegations that he was conniving with Soulo to form a party.

Monyake told this paper that he and Soulo did not have minds so idle that “we could end up entertaining such a stupid idea”.

Monyake also refuted allegations that he was part of clandestine meetings held at Soulo’s place.

“I have never been to Ntate Soulo’s home and I do not even know where he stays,” Monyake said.

Despite them being mere MPs after being booted out of cabinet, Monyake added, he and Soulo were more than happy with “what we do in parliament”.

“If only people could just leave us alone and stop spreading malicious and misleading allegations against us,” Monyake said.