So Chef! cooks up a fine food storm 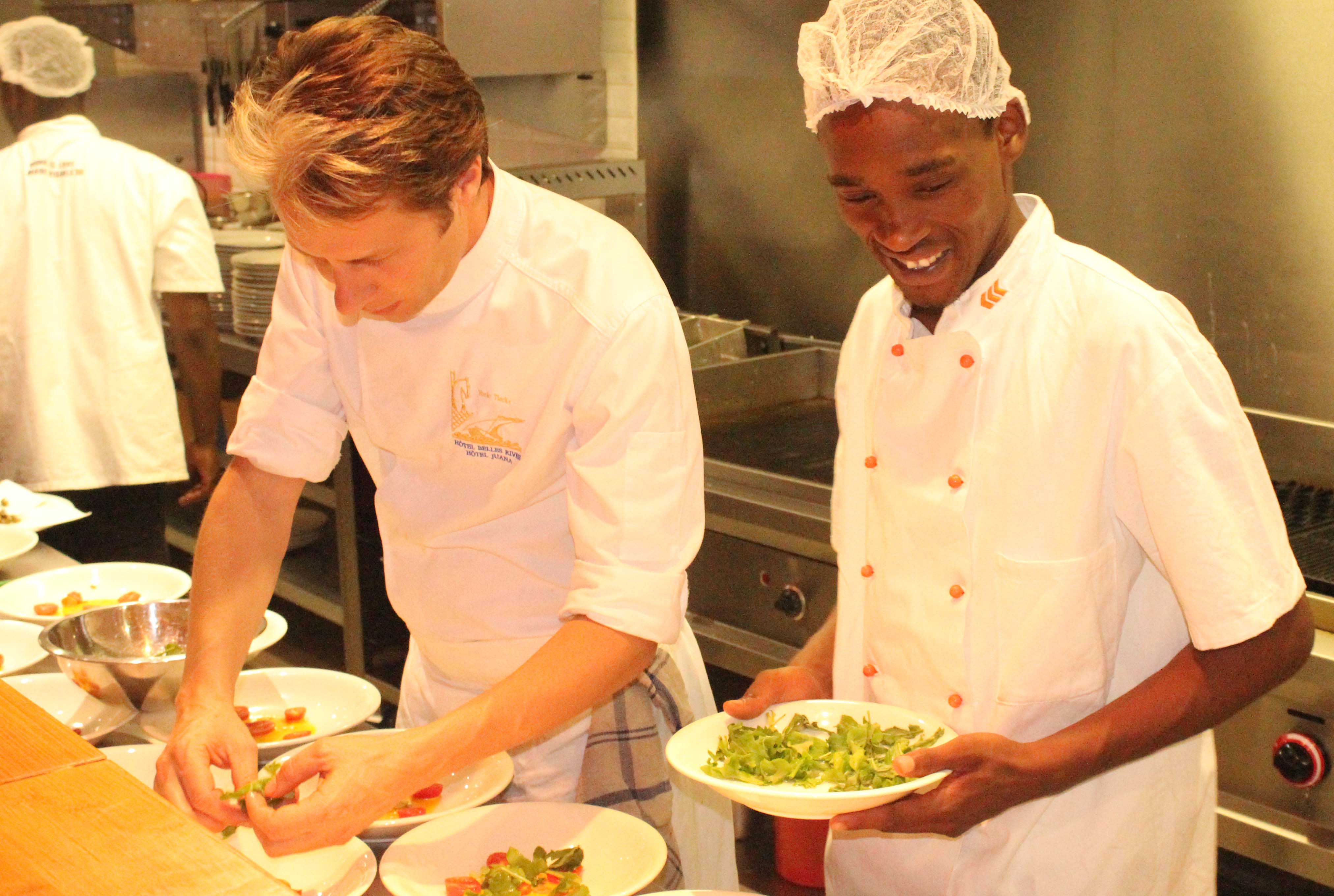 FRANCOPHILES and foodies alike were treated to a gastronomic dinner to remember on Tuesday as accomplished French Chef Yoric Tieche Galmar collaborated with local Chef Ima Setipa to cook up a fine food storm at Primi Piatti restaurant at Maseru Mall.

The four-handed dinner – in which two chefs prepare one menu – was part of the second edition of the So Chef! project which was co-organised by the French Institute of South Africa and the Alliance Française network. The So Chef! project offers a variety of programmes and worthwhile experiences for foodies and people of all ages.

The first edition of the project was held last year in Lesotho and several South African cities to promote the local and French cultures. Last year, French Chef Thibaud Renard and award-winning Mosotho chef Ska Moteane collaborated in cooking a four-hand dinner for 200 people at AVANI Lesotho Hotel & Casino that featured a fusion of French and Basotho cuisine.

During workshops held as part of the project, 400 pupils from Thetsane Secondary school took part in a taste lesson and 20 culinary enthusiasts learnt to make cookies.

This year Chef Tieche from Hotel Belles Rives in France and Chef Setipa of Primi Piatti showcased their culinary skills with a three course meal which was a combination of “FrancoSoTaly” (French, Italian and Sesotho) cuisine.

Upon arrival, guests were welcomed by a glass of Cap Classique sparkling wine, with the added options of Primi Piatti’s famous “Sex on the Beach” alcoholic and non-alcoholic cocktails. Cherry Tomato a la Riviera was served as the starter, while vanilla crème brulee with seasonal fruit was the dessert.

For the main course, guests could choose between Kingklip fillet garnished with soupe au pistou, beef fillet served on a bed of spinach, mushrooms and carrots served with semolina pap in a red wine jus, while vegetarians could savour a seasonal vegetable pasta. All the while, the guests were serenaded by live music from a local band.

He said the So Chef! project was meant to foster interaction between French and Lesotho cultures.

“The Alliance Française institutions always bring chefs from France to prepare meals with their South African and Lesotho counterparts every year although and this is the second edition of the So Chef! project in Lesotho,” said Beghin.

He said Chef Yoric would be in the country for the rest of the week hosting cooking workshops in schools such as Maseru High School and American International School.