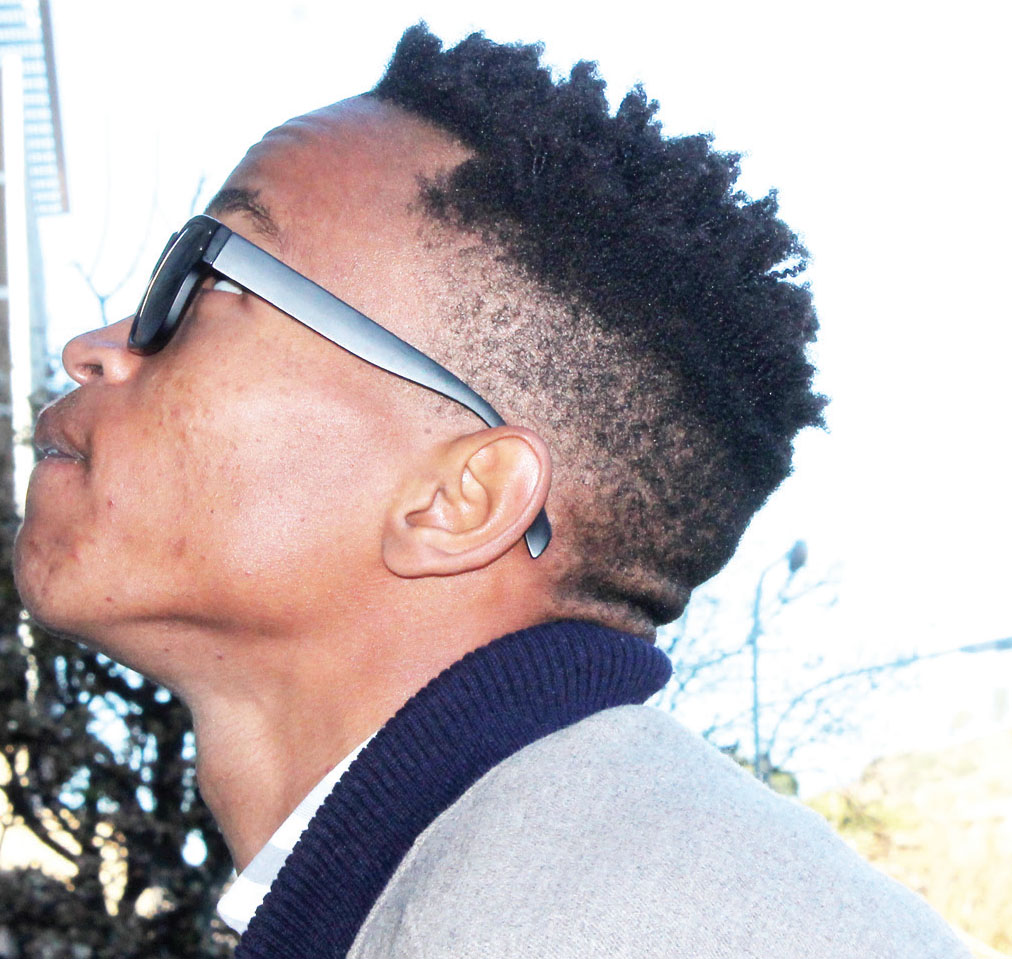 LOCAL MC and producer Snizz, has dropped a debut mix-tape entitled Motla o Tutsoe which is sure to make waves.
Born and raised in Quthing, Snizz comes from a religious background, with many of the life lessons he learnt growing up infused in the lyrics of his songs.

Speaking to the Weekender this week, Snizz said his love affair with Hip Hop was kindled at a tender age in the 90’s. He used to get in trouble, along with his brother, for recording songs played on the radio on his grandmother’s cassette tapes.

“Back then TV was not as commonplace, good magazines were hard to find and the internet was something we saw in the movies,” said Snizz. “But the little exposure I got aroused my interest in music in general and the Hip Hop culture in particular.
“High top sneakers, denim jeans and fresh cuts; my inspiration is drawn from the old school rap.”

And as Snizz grew up, music played a big role in his life. He found comfort in conceptualising his thoughts in song, making his music a diary of sorts.
Snizz eventually became part of rap group, Mohalakane, which was formed in 2009 and consists of AI and Rap Symbol.

However, soon after he felt the need to become a solo artist and came up with the moniker Snizz. He is also part of the arts movement Liquid Gold which was launched in March this year.
“I have been dabbling in music for the last five years, but for the past two years I’ve become more serious about it and have given it a lot more of my attention,” he said.
Snizz describes his music as hip-hop “with a bit of flavor”.

“From catchy Sesotho rap vibes, mellowed sounds to club bangers in different languages, including the street venack, I am versatile,” he chuckled.
His offering, Motla o Tutsoe, consists of 13 tracks and chronicles his life experiences.

Track 9, Likheleke, features Severe Agony of Liquid Gold and was produced by Gobi Zeproducer from Rustenburg.
It was the first single to be released off the project and is already getting generous airplay on local radio stations.

Other outstanding tracks are Shining Colours, which features Rumo la Koebe, Queen Mo and Fatal Verb. It is an inspirational song motivating people to pursue their dreams and never allow themselves to be disappointed.

Kea o Chaela, produced by Snizz himself and mastered by fellow rapper L-Tore, introduces Snizz to the world, pointing out what he stands for.

US an increasingly reluctant ally