Should obesity be classified a disease? 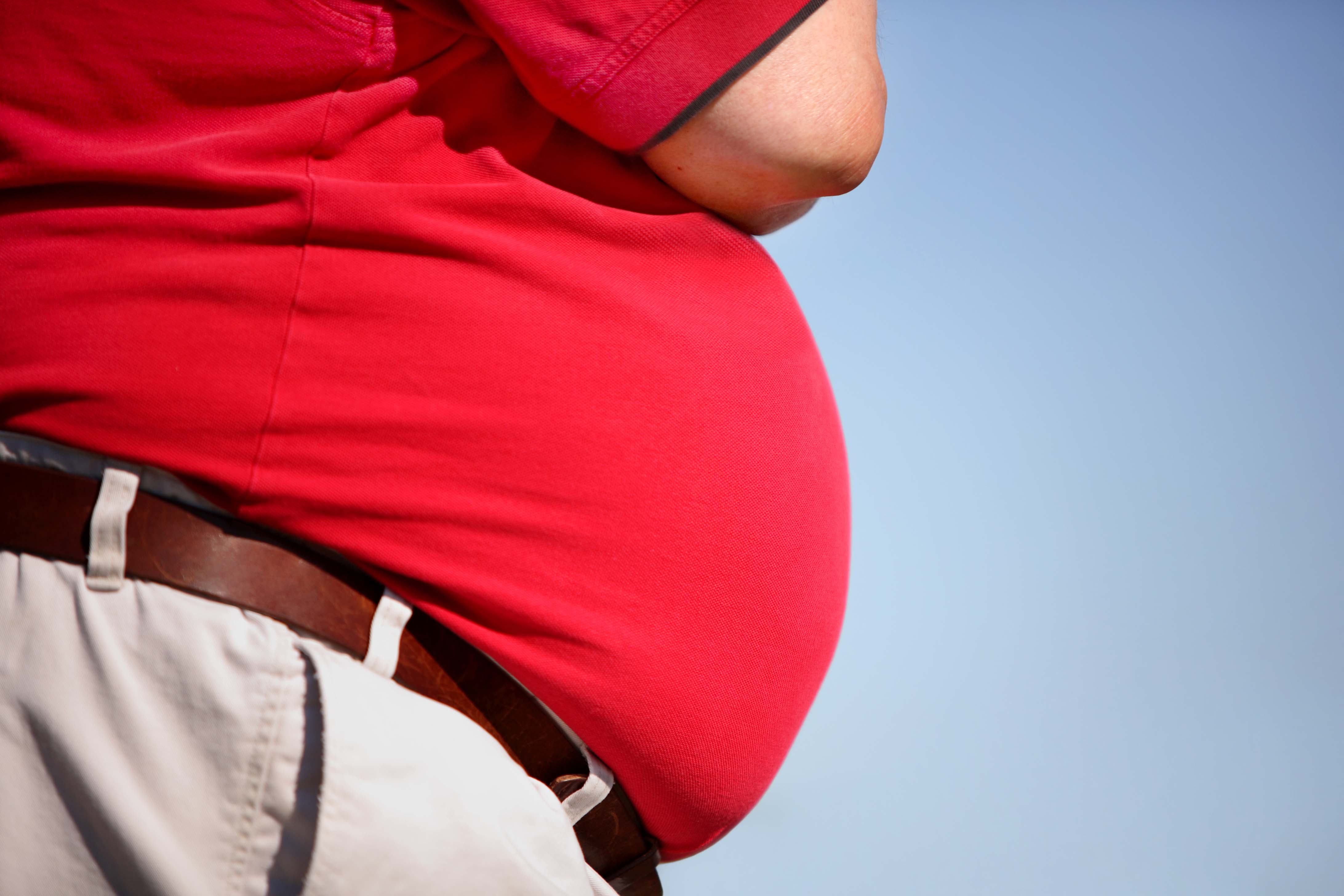 A DISEASE is a disorder of structure or function in a human, animal or plant especially one that produces specific symptoms or that effects a specific part, according to the definition by the Concise Oxford English Dictionary.  For its part the Wikipedia, free encyclopedia, defines obesity as a medical condition on which excess body fat has accumulated to the extent that it may have a negative effect on health.  People are generally considered obese when body mass index (BMI), a measurement t obtained by dividing a person’s weight by the square of the person’s height, is over 30kg/m2, with the range 25-30kg/m2 defined as overweight.

Obesity is most commonly caused by a combination of excessive food intake, lack of physical activity and genetic susceptibility.  A few cases are caused by genes, endocrine disorders, medications or mental illness.  In 2014, more than 1, 9 billion adults 18 years and older, were overweight, of these 600 million were obese.  The worldwide prevalence of obesity more than doubled between 1980 and 2014.

In 2013 the American Medical Association classified obesity as a disease.  In the United Kingdom the 2007 report by Sir Derek Wanless for the king’s fund warned that unless further action was taken, obesity had the capacity to cripple the National Health Service financially.  The way obesity is classified in different cultures differs.  For instance, in most of the industrialized first world it is classified a disease because of the crippling effects it has on the health services in financial and human terms.

However, irrespective of the wealth or culture of a given society obesity by being accorded the status of a disease, behoves on the health care authorities of the state to allocate resources to the reduction or management of this medical condition thus getting the attention that it actually deserves.  This in effect allows obesity to be elevated to the similar level as other diseases.  However, this in no way translates that obese people should be stigmatized but only that resources be allocated to eradicating or managing it.

Obesity is associated with many diseases such as cardiovascular diseases, diabetes mellitus type 2, obstructive sleep apnea, certain types of canner and asthma.  It therefore reduces life expectancy and therefore a disease.

Obesity also increases the risk of morbidity in many physical and mental conditions.  These comorbidities are most commonly evident in metabolic syndrome, a combination of medical disorders which includes: diabetes mellitus type 2, high blood pressure, high blood cholesterol and high triglyceride levels.  Complications are also directly caused by obesity or indirectly related through mechanisms sharing a common cause such as a poor diet or a sedentary lifestyle.  Health consequences fall into two broad categories: a) those attributable to the effects of increased fat mass such as obstructive sleep apnea and social stigmatization and b) those due to the increased number of fat cells such as diabetes, cancer, cardiovascular diseases and non-alcoholic fatty liver diseases.

Obesity is caused by a combination of many factors such as excessive food intake and lack of physical activity.  The other causes though not limited to are due primarily to genetics, medical reasons or psychiatric illness.  Further, obesity rates are increased at a social level due to an easily accessible and palatable diet, commonly called junk (fast) foods, or foods with little nutritional value.  These sort of foods are speedily prepared at little cost and very cheap.  Obesity is also caused by increased reliance on cars and mechanized manufacturing both of which require minimal physical exercise.

Studies have also identified ten (10) other possible contributors to increasing levels of obesity: 1) insufficient sleep, 2) endocrine disruptors  such as environmental pollutants that interfere with lipid metabolism, 3) decreased variability in ambient temperature, 4) decreased rates of smoking suppresses appetite, 5) increased use of medications that can cause weight gain, 6) proportional increases in ethnic and age groups that tend to be heavier, 7) pregnancy at a later stage which may cause susceptibility to obesity in children), 8) epigenetic risk factors passed on generationally, 9) natural selection from higher BMI and 10) assortative mating leading to increased concentration of obesity risk factors.  While there is substantial evidence supporting the influence of these mechanisms on the increased prevalence of obesity, the evidence is still inconclusive, as opposed to the ones discussed in the previous paragraph.

Healthy eating or diet is also a contributory factor to obesity.  As societies become increasingly reliant on energy-dense, big-portions, and fast-food meals, the relations between fast-food consumption and obesity becomes more concerning.  Obese people tend to consistently under-report their food consumption as compared to people of normal weight.

Another significant contributing factor to obesity is sedentary lifestyle.  Studies have revealed that worldwide there has been a large shift towards less physically demanding work.  Currently at least 30% of the world’s population gets insufficient exercise.  This is primarily due to increasing use of mechanized transportation and a greater prevalence of labor-saving technology in the home.  In children there appears to be declines in levels of physical activity due to less walking and physical education.  In both children and adults, there is an association between television viewing time and the risk of obesity.

Another significant contributor to obesity are certain physical and mental illness and the pharmaceutical substances used to treat them can increase risk of obesity.  Medical illnesses that increase obesity risk include but not limited to several genetic syndromes as well as some congenital or acquired conditions, growth hormone deficiency and eating disorders, binge eating disorder and right eating syndrome.  The risk of obesity and overweight is higher in patients with psychiatric disorders.  Indeed certain medications may cause weight gain such as insulin, steroids, some forms of hormonal contraception and others.

Having considered above the most significant contributors to obesity it is now prudent to consider what are the main treatments obesity of which include dieting and physical exercise. Diet programs may produce weight loss over the short term but maintaining this weight loss is frequently difficult and often requires making exercise a lower food energy diet a permanent part of a person’s life style. All type of low carbohydrate and low fat diets appear equally beneficial.

The other effective treatment of obesity is bariatric surgery. Surgery for severe obesity is associated with long-term weight loss, improvement in obesity related conditions and decreased overall mortality. Depending on the type of surgical procedure undertaken weight losses differ and indeed complications do occur thus leading to researches searching for less invasive treatment including devises that occupy space in the stomach.

Lesotho like the rest of the world, experiences health impacts in addition to many problems including disadvantages in employment and business costs that are attributable to obesity. This effects are felt by all levels of society from individuals, to corporations and governments. Obesity can also lead to stigmatization when compared to their normal weight counterparts.  Obese workers on average have higher rates of absenteeism from work and take more disabilities leave, thus increasing costs for employers and decreasing productivity.

Experience has shown that by officially classifying obesity as a disease and elevating it to the attention of health care authorities at the highest level, in a manner similar to HIV/AIDS and other diseases (through this medical condition is not admittedly as pandemic as obesity), then all and sundry, primarily the government, we can treat and arrest this condition nationally with the desired results, can be channeled towards treating this conditions. If government takes the lead experience has demonstrated the nation will follow suit. However, this is in way should be perceived as being alarmist on my part.

SA placed on review for downgrade