Shot in the arm for LDF 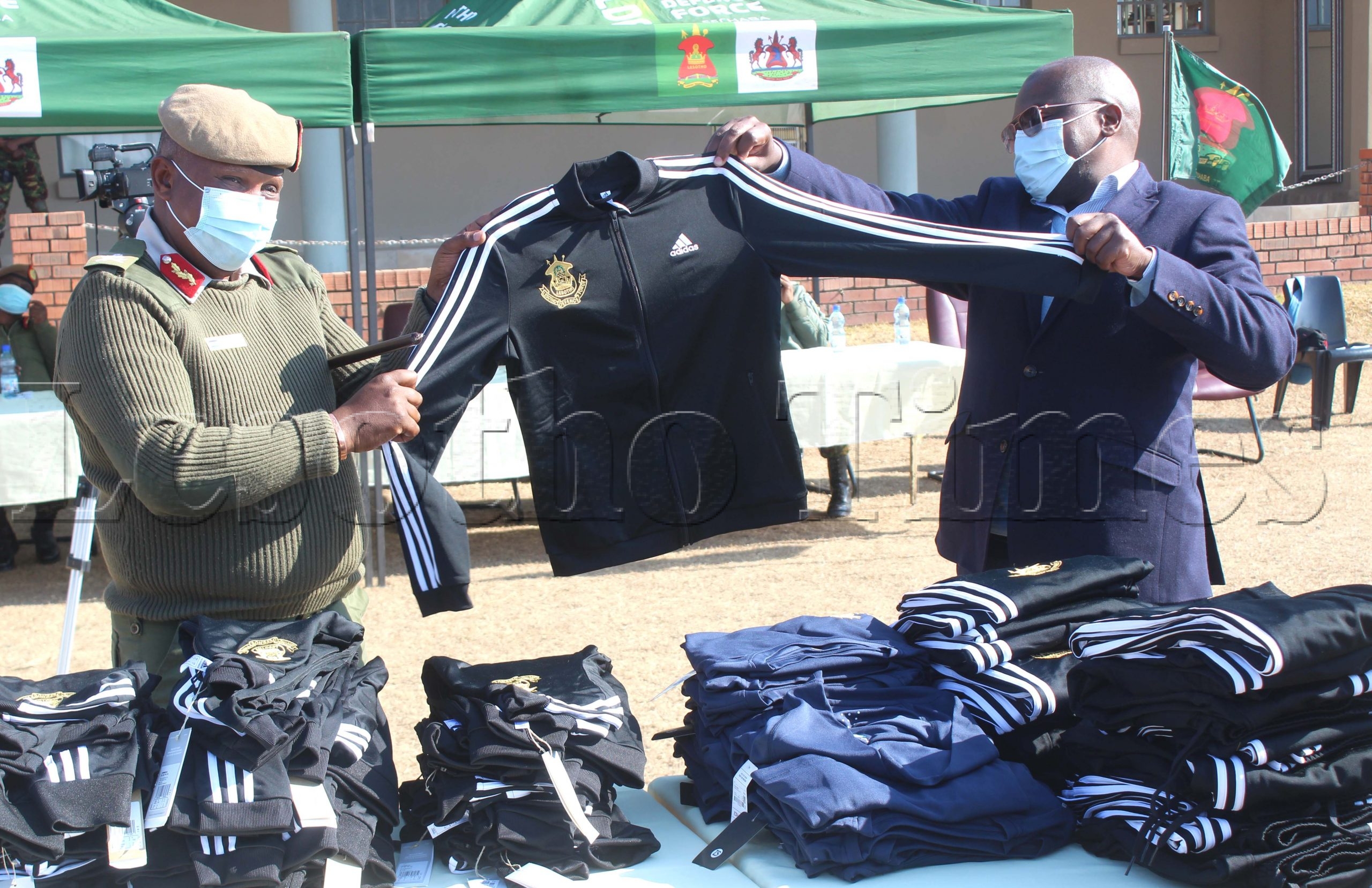 LDF Ladies yesterday received a shot in the arm from insurance giants, Lesotho National Insurance Group (LNIG), who donated leisure wear and off the field attire to the team.

Worth M70 000, the donation includes t-shirts, tracksuits, shorts, bags, caps and bottles. The goods were handed over to the team at Ratjomose Barracks yesterday afternoon.

The donation is meant to boost the team’s preparations for the inaugural COSAFA Women’s Champions’ League, which is penned in for later this month in South Africa. The tournament will run from 26 August to 4 September.

LNIG managing director, Mpho Vumbukani, said the donation was borne out on the LDF and the LNIG’s long-standing relationship.

“The LDF and LNIG’s relationship comes from way back and as a new manager of LNIG, I am happy with this relationship because the defence force is doing a significant job to ensure that there is peace and stability in the country,” Vumbukani said.

“Without peace and stability, there is no business.

“We therefore, found it necessary to help the team with attire for it to be presentable at the games. The team is not going to represent only LDF as an institution but the whole nation. That also pushed us to assist them despite the shaky economy.”

Vumbukani believes that the attire will boost the team’s morale. He also wished them a successful campaign.

Lesotho Defence Force commander, Lieutenant-General Mojalefa Letsoela, said he wishes the LDF’s relationship with the LNIG would only grow stronger.

“I wish this continues growing. We only asked for two items but LNIG gave us more than that and this is a sign of a true relationship,” Letsoela said.

Letsoela challenged the team to make the nation proud.

“I now challenge and command the team to go and bring home victory. I am not the kind of person who believes in defeat, I want victory and nothing else. During the games, you should remember that Basotho’s expectations are very high from you,” he said.

Meanwhile the team is camping at Makoanyane Barracks and will have its final camp at the Lesotho Football Association (LeFA) premises in Maseru a week before departure.

According to the tournament fixture released on Thursday, LDF will start their campaign on 26 August against Mamelodi Sundowns before facing Manzini Wanderers in their second match on 28 August. Their last group stage game will be against Double Action on 30 August.